“Rise of the Tomb Raider,” perfect modernization of Lara Croft’s expeditions Beautiful game that rivals others in graphics and lore 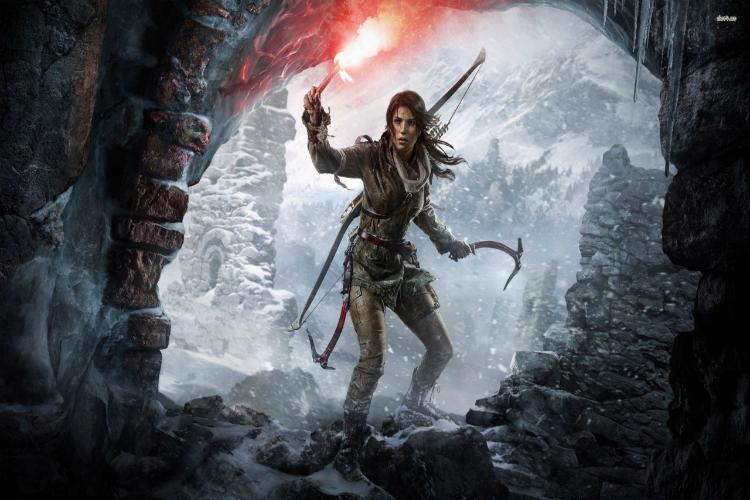 You can disagree with the claim that the Xbox One and the Playstation 4 are more optimized for games, but you cannot disagree with the fact that a modern PC with cutting edge components looks and plays better than any of the next-gen consoles. On Steam, the recommended specifications demands an expensive graphics card like the GTX 970 or an R9 390 in order to reach a stable 60 frames per second. I myself had an R9 390, but I still had issues trying to not dip below 50 during high octane events, such as when the very ground crumbles. Speaking of the world around you, “Rise of the Tomb Raider” is stunning with detail; even simple tasks like running along the snow and escaping crumbling ruins…are a sight to behold.

“Rise of the Tomb Raider” does not cater to the run-and-gun game play of titles like “Fallout 4” and every sequel to “Call of Duty.” Instead, “Rise of the Tomb Raider” borrows elements from “Metal Gear Solid 5: The Phantom Pain” since being stealthy is almost always the safest and most engaging way to play the game. Everyone loves their fair share of executing an enemy, but at times, using the overpowered poisoned arrows gets boring. I had to vary my playing style from hiding behind a wall with a compound bow to blasting a window with a handgun.

Without spoiling the thrilling story that is “Rise of the Tomb Raider,” I can safely say that the story leaves you wanting more after each event. “Rise of the Tomb Raider” starts with your heart beating as fast as the quick-time events the game is filled with. Set a year after the events of the previous title, Croft seeks the fabled tomb of the Prophet of Constantinople while conflicting with secret organization, Trinity. And that is where the spoiler-free plot ends. In order to truly experience and appreciate the years of development put into “Rise of the Tomb Raider,” you actually have to play the game, rather than wait for a Youtube channel to upload a walkthrough of it.

Other than it’s issues with stable frame rates on the average person’s computer, “Rise of the Tomb Raider” delivers a great experience for players that are familiar with stealth elements. If you still have doubts about buying “Rise of the Tomb Raider,” pick it up on sale on Steam and return it if you’re not satisfied. I have only yet to scratch the surface of the entire game, but already I feel that my $60 has been well spent on a game worthy of a “Game of the Year” nomination.