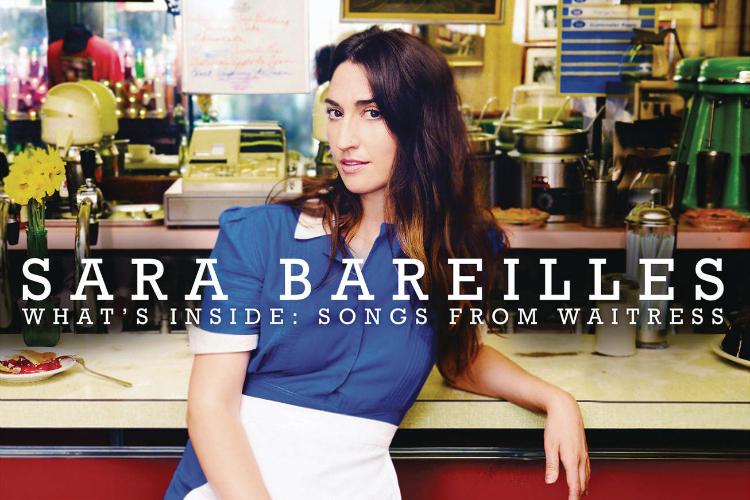 Singer/songwriter Sara Bareilles revisits the music spotlight with “What’s Inside: Songs From Waitress,” an ode to the art of musical theatre.

The Eureka, Calif. artist struck fame like gold when fans swooned over “Love Song” from her 2007 album “Little Voice.” Two Grammy Award nominations from that feat only pushed the pianist to continue composing music, making way for new albums “Kaleidoscope Heart” and “The Blessed Unrest.”

Apart from her success as a pop and indie rock artist, she has found herself in an entirely new light as a composer for the upcoming Broadway musical “Waitress,” featuring Tony Award winner Jessie Mueller. Based on the 2007 film of the same name, the lighthearted, yet poignant musical tells the story of a struggling waitress/pie maker searching for the recipe to her happiness.

Bareilles is successful in recreating the intricate details of the musical with the vibrant imagery in her lyrics. Her ability to combine elements of the day-to-day commotion of a country diner with inner emotional struggles in “Opening Up” was undeniably impressive: “Don’t stop, serve with a smile, hurry up./Fill the coffee cup, and then in a while,/Take a breath, when you need to be reminded/That days like these, we can only do the best we can.”

However, the constant wave of upbeat instrumentals makes it difficult to connect to the album emotionally, which usually keeps me on my toes when listening to any song. “Soft Place To Land” is branded with strums of an acoustic guitar, which contrast with the album’s continuous pop rock percussion and electric guitar riffs. The only exception is “She Used To Be Mine” and “You Matter To Me,” dreamy piano ballads rich in passion absent from the remainder of the album.

The cheerful, almost generic melodies were not effective in engaging my attention to the album. It lacked a certain pizzaz that I expected from a record so closely tied to Broadway. Fans will appreciate Sara Bareilles’ consistent style, but those searching for more will be disappointed with the album’s lack of balance between passion and positivity.