‘Scholarships.com’ does the job App is slightly laggy and limited 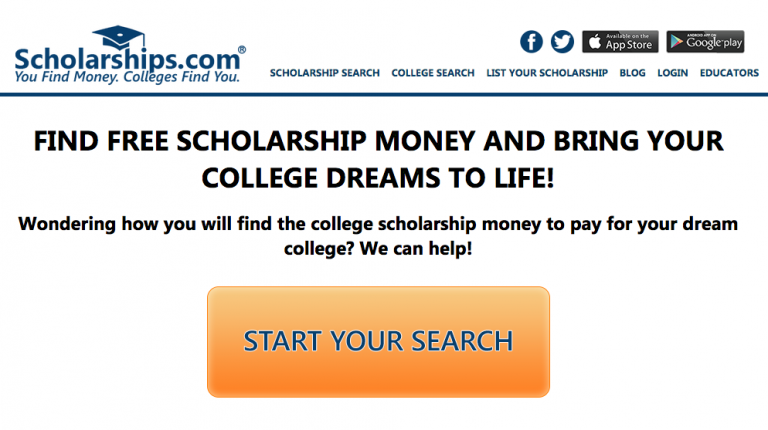 As a junior, one of the biggest obstacles that I, and many students, am going to face is how to pay for college. Due to this, I am always open to new ways to look for scholarships or research colleges—which is exactly what the “Scholarships.com” app is for.

Upon opening the app, I immediately noticed how simple and straightforward it was to use. First, I filled out information for ‘My Profile,’ which only has a few required fields like my grade, and my academic majors of interest. There are also optional fields to fill in which help the app search for scholarships that will suit you, with some amusing choices like “tall person” and “Canadian citizen.”

Tapping the screen and scrolling through options, the app has a noticeable lag time and some features (namely the back button) do not work at all. However, this downside was not unbearable and I was still able to get useful information. After I finished ‘My Profile’ I waited to see what scholarship matches the app would give me.

I was met with a list of over 80 scholarships that were not only current but seemingly reputable/legitimate, which was a concern I had when first downloading “Scholarships.com.” Unfortunately, once I found scholarships I was interested in, there was no option to save them so I could find them later. A trend I noticed within the app was limited functionality, and this ultimately gave me a more negative user experience.

Another feature is ‘College Search,’ which provided me a list of colleges based on four- or two- year institutions (there was no option for vocational schools), and the academic major of interest (I could only select one at a time.) Alternatively, there is also the option to simply type in a college’s name, which brings up information like costs, admissions and enrollment statistics, and so on.

In terms of usefulness, “Scholarships.com” does provide helpful info on colleges and scholarships. However, the app ultimately fails at giving its users anything which they wouldn’t be able to find with their own research. All the aspects which would make the app a favorite, like a save feature and better aesthetics, are nowhere to be found.