Settle it in ‘Smash!’ 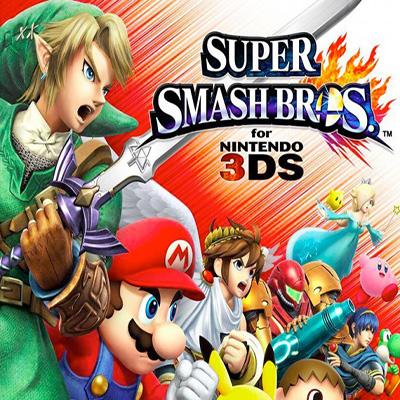 An announcement at the E3 conference in 2011 had “Smash Bros.” fans waiting for the next installment of the series, but with a three-year gap, the game was pushed to the back of their minds. Now with the highly-anticipated game released on a handheld console, “Super Smash Bros. for 3DS” meets standards in some ways, but the overall quality lacks enough that it is not exceptional.

Similar to the previous console versions of the game, the absence of a storyline is effortlessly masked by the four-player brawler consisting of iconic video game characters and their respective universes. Luckily, each one uses the same input to activate basic and unique attacks, so once you’ve learned one, you can play all 48. If you want strategy, the way to win is to know when to activate a character’s “Final Smash” to knock the remainder of your opponents from the screen. If you’re like me though, the way to win is the art of effective button-smashing. Both work, but who you play against will determine which will be more effective.

From the start, the size of the playable roster is impressive, but who Nintendo chose to include did lower the excitement I got from unlocking the characters.  The roster offered variety with the 36 characters already unlocked, but to include most of the newcomers like Robin from “Fire Emblem: Awakening,” Greninja from “Pokemon X,” the Villager from the “Animal Crossing” series and many others had me questioning the point of unlocking the remainder if those who were excessively promoted were given to me.

Nintendo takes the job of embracing every characters’ source material with genuine reverence, but this time around, they decided to incorporate humor. The Wii Fit Trainer is one example. The callout to the popular “Wii Fit” series transforms the peaceful art of yoga into an amusing fighting style. I especially love how she mentions helpful advice between all the hits. That attention to detail caused me to sit and play through each character to find out how Nintendo incorporated humor in them. This process took more than a few hours, but it was well worth it.

To reduce the game to function on the small screen of the 3DS instead of its typical size of a television did expose an issue, one that Nintendo couldn’t solve. The solution relied in the player utilizing the target box that can be activated via the 3DS touch screen. That allowed them to focus, but in a heated four-player match, the scale just didn’t cut it. This problem does expose one quality aspect though; it showed that the size is ideal for one-on-one play. That aspect cannot be ignored.

The idea of the Smash Run seemed fun. The five-minute adventure did its job of being a “throwback” to “Super Smash Bros: Brawl’s” Subspace Emissary and other game series through its minor enemies, but with no end to the mode and the short amount of time given, the constant exploration for chests, power-ups and completion of mini-games became dull. For a mode this short and that does not have a stage change, Smash Run is one of the downfalls of this game.

In comparison to its console counterpart, “Super Smash Bros. for 3DS” had a number  of constraints that the console had, but how Nintendo chose to handle them will not leave fans disappointed.