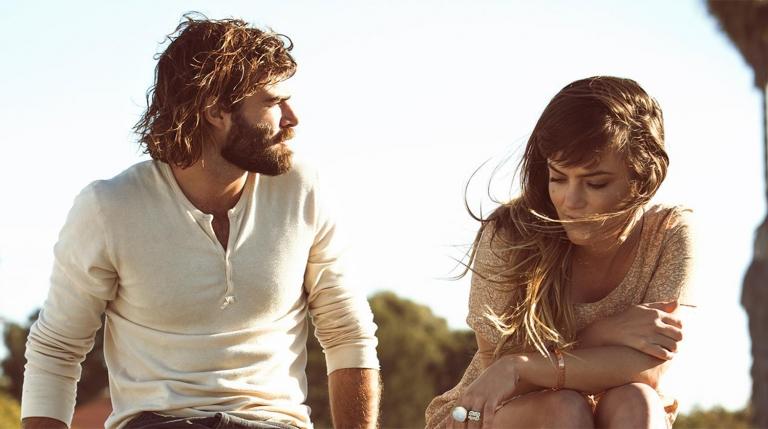 On the recently released album "Snow," Angus and Julia Stone create flow using acoustic instrumentals and vocal clarity within their melodies. After a recording break, the siblings were able to make a come back using their originality to their advantage.
Rating: A Photo courtesy of Universal Music

After taking a three year break, siblings Angus and Julia Stone find their way back to the music scene by releasing “Snow.”  The album includes soothing melodies that are distinctly characterized by the siblings’ harmonies and relaxed instrumentals, which exemplify their Australian folk roots through muted electric tones.

The siblings were taught to sing and play guitar by their parents who would casually hold jam sessions in their home. After discovering Angus had been writing songs, Julia convinced her brother that they should team up. Four years later, they became most commonly known for the single “Big Jet Plane” and went on to win five awards in 2010 at the ARIA Music Awards.

In their latest release, Angus and Julia Stone create carefree vibes through soft instrumentals. For example, in the song “Bloodhound,” Angus Stone’s voice is balanced by the electric tones, acoustic guitar and relaxed drums in the background.

While I listened to the complete album, I found it interesting how neither of the singers took on the role as the lead vocalist–they blended together. Each song is different in terms of whose voice is emphasized and whose is used in the backup vocals. Specifically, I enjoyed the songs where Angus’ voice was the center of song; it reminded me of Clemens Rehbein‘s grit and Hozier’s vocal strength.

Of the twelve songs on “Snow,” my favorite is “Nothing Else.” The song begins with taunting guitar acoustics, but once Julia starts the opening verse, her enticing voice adds depth throughout the lyrics. The way the track is orchestrated creates a romantic sense of hope through the lyrical meaning.

The underlying lyrical message in the track “Oakwood” instantly attracted my attention due to the lyrics sounding more like a story. For example, “We met on the beat, beat, only ones alive. Left here to be the only ones to live as lovers. Tryna move slow but we’re so liquored up. Rolling with the wind like a dusty old pick-up truck.” Similar to this track, the album as a whole is based on the immature state of love and loving someone who isn’t right for you.

Angus and Julia Stone manifest their originality through instrumentals. Although the overall vibes are laid-back, the instrumentals are distinct and intricate. The folk, indie-pop presents itself with the tambourine and acoustic drums. Not only are there natural melodies, but the duo incorporates a perfect blend of somewhat dreamy electric sound into their songs.

The dynamic between the Australian siblings is portrayed through the way they balance their vocal talents, creating vigor. The original sound which includes hints of electric and acoustic instrumentals has carried through their career and was exemplified in this album. With folk roots and indie-pop ballads, each song adds depth to exactly who Angus and Julia Stone are.