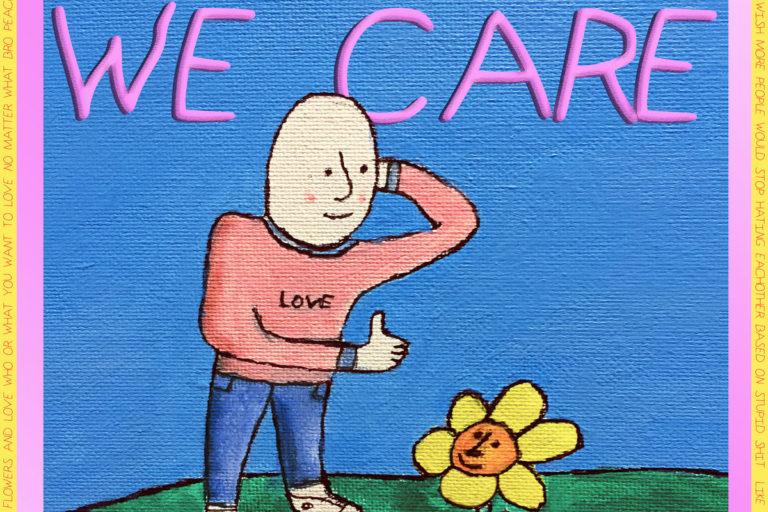 Inspired by artists like Tyler, The Creator and Homeshake, 17-year-old Joseph Flores represents the San Diego music scene with laid-back tempos and hypnotic rhythms in his debut album “Care.” Transforming his fears and experiences with love as a teenager into dreamy melodies, Flores fossilize pieces of himself in his songwriting.

Despite a lack of musical training, Temporex skillfully combines synthesized tones and acoustic beats. With vocals similar to Beach Fossils and instrumentals that remind me of Young Fathers, Flores forms a distinct identity for his sound. Composing the kind of music that convinces people to keep their head in the clouds, introduces an alternative take on pop that is uncommon in mainstream music.

Illustrating his emotions like a story, Flores relives the memories about a love interest who doesn’t reciprocate his feelings, yet he cares about her regardless. Instead of sugarcoating or dramatizing his experiences, he remains honest and straightforward, reciting his lyrics as if they were thought that just entered his mind.

While his words tend to be literal, Temporex adds a poetic dynamic through his soft and sedated voice. The way Flores juxtaposes his lethargic vocals with upbeat keyboard melodies sets up a dream-like mood that puts listeners in a trance. While listening to “Nice Boys,” I found myself laying on my bed, envisioning the imagery in his words as he sang “Maybe if she tried a little harder to find / The gem within his heart that was there this whole time.”

Although his playful melodies and layer of teenage innocence are refreshing, some of the tracks sounded as though they were merely synthesized instrumentals with subtle vocals recklessly thrown underneath. In “The Right Place” and “Vacant Eyes,” the beats overpower Flores’ voice to the point where it was difficult to understand what he was singing–half the time he sounded like he was just mumbling.

Not only that but a majority of the songs were too short to enjoy. In the midst of listening to “I Should Change” and “The Right Place,” I was immediately disappointed once Flores’ singing stopped after a few seconds, yet the song continued for much longer. Without vocals or lyrics to compliment the underlying melodies, the last few tracks felt like incomplete stories that the author forgot about.

The majority of the tracks on “Care” are more similar to previews rather than actual full length songs. At the beginning, I had high hopes for the tracklist, but I lost interest as soon as songs lost lyrical value. Despite making me feel as though there was something missing, I can’t deny that Temporex’s is best for late nights when you’re on the verge of falling asleep or driving down an empty road.