Stand your ground in ‘Rebel Inc.’ Rebuilding a nation under threat of insurgency 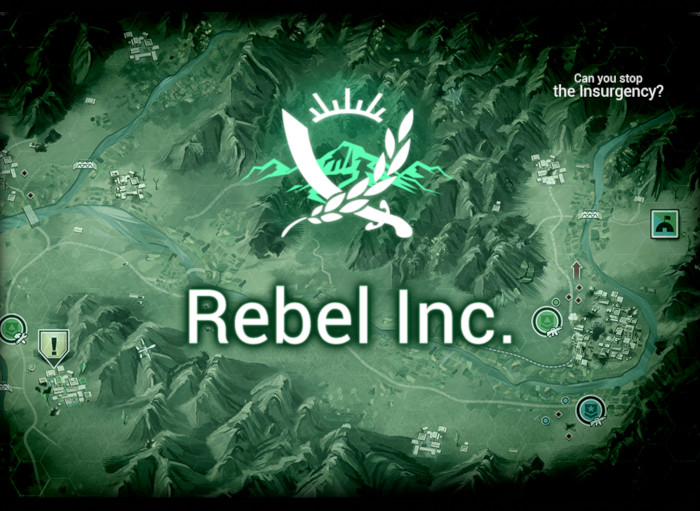 'Rebel Inc.' is a mobile game that centers around the stabilization of multiple fictional regions as well as fighting off a quickly growing insurgent threat attempting to undo all of your organizations work.
Rating: A+ Photo Courtesy: Ndemic Creations

Ndemic Creations is a game studio and publisher who produced the critically acclaimed video game ‘Plague Inc.’ Their latest release,  ‘Rebel Inc.’, a spiritual successor to Plague Inc., has been met with the same critical acclaim as its predecessor, rising to the top paid App Store games section in just a few weeks. With all the attention this game was receiving, I finally decided to download it.

Rebel Inc. is a political and military strategy game taking place in multiple fictional countries where the player’s organization has been tasked to help the locals rebuild the government. The player’s goal each level is to stabilize one of the fictional ingame regions. The main problem the player must face throughout the game is not only the management of the people’s needs but also the presence of a rebel group that attempts to hinder the player’s organization. In order to complete a level, a player must fill the stability meter up to 100%.

The gameplay in Rebel Inc. is centered around enacting initiatives to help increase stability in the region and managing local military forces. These initiatives come in three main forms, civilian, military and government. Every initiative provides its own bonuses relating to its name for example, civilian initiatives provide bonuses to stability. Civilian initiatives usually entail programs such as providing vaccines to the local populace. Military initiatives provide new bonuses or forces to bolster your army’s strength. Once the player completely stabilizes the region, the level is won and the next region is unlocked for play.

The game did a good job of keeping me engaged, however, it had some minor issues. The military system, although quite well designed, can be tedious at times with infinitely spawning insurgents becoming an issue. There were some minor menu glitches and stuttering, but overall the interface looked clean and simple, and it ran well for a mobile game. The graphics were nothing special, but the game looks acceptable for modern standards and was not an issue. Overall, the game developers did a decent job of creating a clean looking and well-running game, and although unresponsive at times, the engaging management systems made up for it.

The game has a $1.99 price tag on the App Store, and free on the Google Play Store. The game offers multiple in-app purchases. The in-app purchases are all optional level skips, cheats or offer extra content. Rebel Inc. does a very good job at making it so in-app purchases have no bearing on the actual gameplay, and can be completely ignored.

Overall, Rebel Inc. tests the tactical ability of the player and on harder difficulties can feel like an impossible task. The game’s mechanics gave me a great sense of satisfaction after each victory. If you enjoy testing your mind’s logical and tactical abilities, then this app is for you.