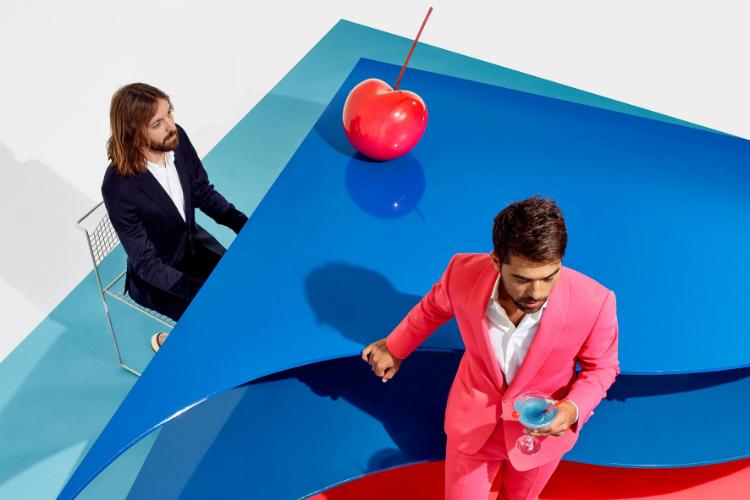 Signed with Ed Banger Records, French duo Breakbot returns with “Still Waters.” Although it is not so still, but rather, bursting with ’70s disco pride, the album is uncontested by modern influences. Breakbot’s brainchild takes residence in eccentricity.

Under the stage name Breakbot, French producer Thibaut Berland emerged as a major contributor to the dance floor with his works of disco, funk, and house. His elder brothers, who are equally as spirited in the world of popular music, had a large influence on him, as well as artists such as Michael Jackson and Prince. Often collaborating with French vocalist Irfane, he produced several albums that showcase their chemistry as an ingenious mesh of humble perfection.

Breakbot is successful in retaining the classic ’70s style, bearing similarities to the glamorous sounds rich in synthetic instrumentals. The upbeat riff of “Back for More” is only a bite of what “Still Waters” has to offer. The remaining of the songs encompass an immortal energy that only rests during “In Return.” Breakbot nosedives into a heartfelt piano ballad that seemed like an outlier that did not belong, as Irfane sung with evident passion: “Sometimes the road can be so long/But on the way you know you’ll find me.” This, however, does not diminish the sanguine quality of the album.

Although the album is dominated by funk, disco and electronica, some songs leaned more toward R&B, which was uncalled for. It was interesting to see Breakbot and Irfane take this risk, and somehow, they pulled it off. “2Good4Me” was just as groovy and catchy as the remaining songs. However, this took away from the overall cohesion of the album and ruined its rejuvenated ’70s flow.

A handful of the songs on the album lacked in vocals, but did not sacrifice its musical quality. Title track “Still Waters” reverberated with the same emotion and passion I found in Irfane’s vocals. The low, humming horns and high-pitched synth were captivating at first, but I have to admit I grew tired of the repetitive melodies. Breakbot is undoubtedly skilled at generating tunes that drum up excitement and happiness, but I would have liked to see more variation in his synthetic instrument mash-ups.

Between Breakbot’s instrumental mastery to Irfane’s warm, unorthodox vocals, “Still Waters” is rich in an energy reminiscent of the Disco Age. Fans will appreciate Breakbot’s consistent style, and will be impressed by the album’s perpetual upbeat atmosphere.