Stroll through a ‘Blue Neighborhood’ 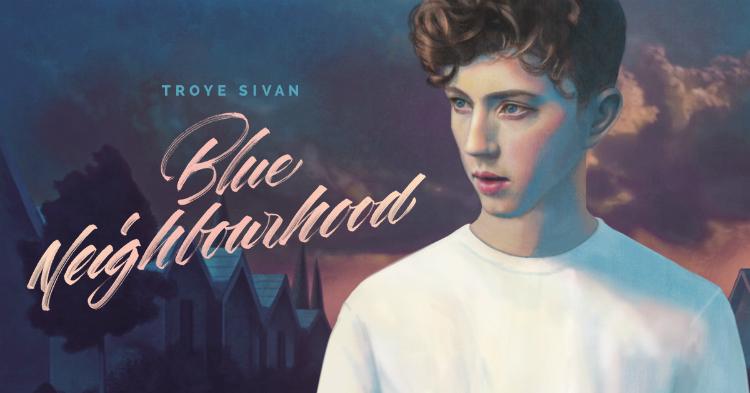 Sivan began acting and singing at a young age during his upbringing in Perth, Australia, but did not achieve his big break until he scored a role as young Wolverine in 2009’s “X-Men Origins: Wolverine.” After several other performances on the big screen, he uploaded videos of him singing to various social media sites, which earned him over two million subscribers and a dedicated fanbase. His success allowed him to produce a number of EPs (“Dare to Dream, “June Haverly,” “TRXYE”) and a signing with EMI Australia. He established his recent EP “WILD” as the prologue to his debut album: “Blue Neighborhood.”

The lyrics serve as the heart and soul of the album, discussing hardships and struggles, as well as moments of pure bliss. In “EASE,” Sivan describes the feeling of homesickness not necessarily for a place, but rather, a person: “Take me back to the basics and the simple life/Tell me all of the things that make you feel at ease/Your touch, my comfort, and my lullaby.” Sivan also highlights the thrill of late-night runs with a significant other: “You don’t have to say I love you to say I love you/Forget all the shooting stars and all the silver moons/We’ve been making shades of purple out of red and blue/Sickeningly sweet like honey, don’t need money.”

Unfortunately, Sivan’s messages are often drowned out by the dominant instrumentals. In “HEAVEN,” Sivan questions how he will reach utmost happiness if he is continuously changing himself for others. As intriguing as it was to see these forthright topics come to life in the form of music, I was disappointed by how distracting the instrumentals were. If Sivan had balanced out the volume and intensity between his graceful vocals and powerful instrumentals, it would have been easier to appreciate the artistry.

However, some songs (“TALK ME DOWN,” “FOOLS”) are beautifully played out in terms of all aspects: melody, lyrics, rhythm and meaning. The instrumentals in “FOOLS” are far more diminished than in other songs, placing an emphasis on Sivan’s elegant vocals and message about pursuing a relationship with someone who may not be worth the struggle. The song begins with a tender piano, and continues with fairly heavy synthetic instrumentals, but matches well with a simple chorus of “Only fools fall for you, only fools/Only fools do what I do, only fools fall.”

Fans will appreciate an album they can relate to without much difficulty. “Blue Neighborhood” is artfully played out with captivating instrumentals, producing a potent, energetic sound celebrated by young spirits.