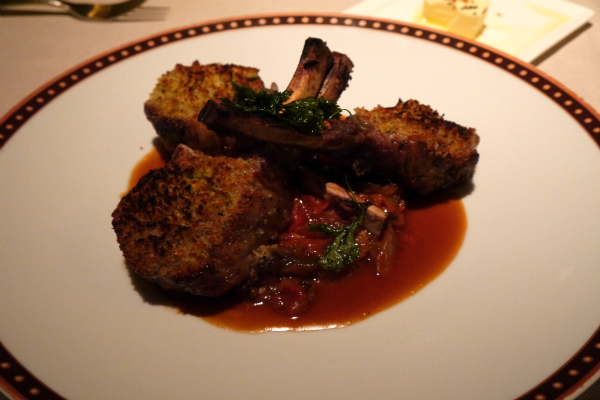 The lamb chops ($58) were filling and tender, packing a variety of different flavors into one dish.

Strolling past the Wynn’s lush plants and sparkling attractions, it is easy to find the elegant SW Steakhouse by following a straight path from the hotel’s entrance and heading down an escalator. The restaurant’s surroundings are lush yet not overly obnoxious, and it soon becomes clear that there are high standards to be expected from the establishment.

My guest and I had set a reservation at the restaurant’s opening time and were seated within ten minutes of our arrival. To our surprise, despite it being barely past their opening time, the restaurant slowly but surely began filling up. While sitting in the ambiently lit lobby, the slim black dresses and fitted suits seen at every corner further raised the elegant aura I was receiving from the restaurant. 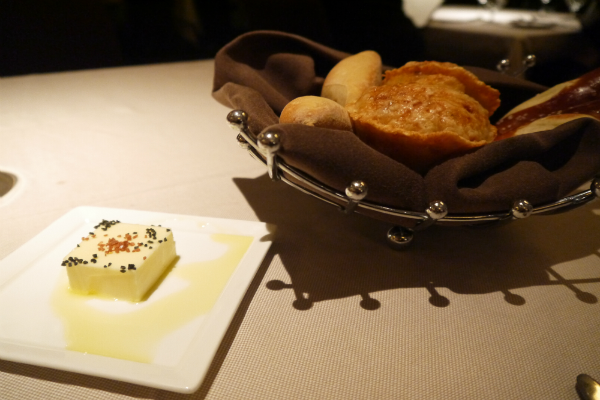 Bread Bowl and Butter
The complimentary bread bowl had an assortment of flavors and each one had a unique taste. The three variations of bread also came with a decadent plate of butter.

Cheese Crusted Colorado Lamb Chops
The lamb chops ($58) were filling and tender, packing a variety of different flavors into one dish. 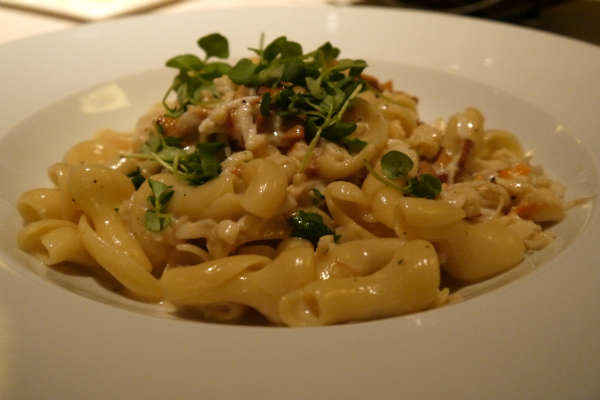 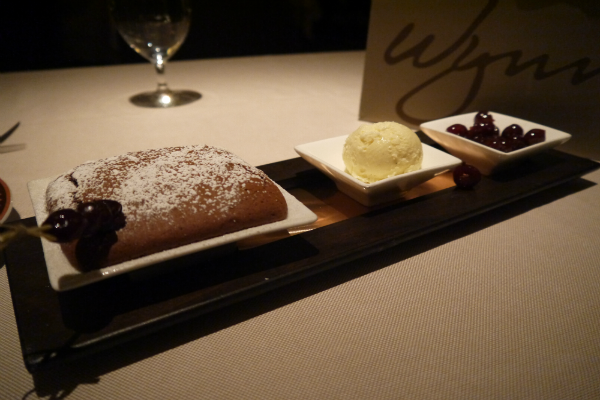 Chocolate Souffle
For $14, this unique spin on a chocolate souffle was sweet and yummy, but a little disappointing in size.
Leaving the lobby and bar area, my guest and I were led to the carefully laid out dining area. To the right of the spacious dining area, there was a patio area that could be seen through large windows that stretched from the floor to the ceiling. A gracious waiter seated us and handed us our menus, making polite small talk and ensuring he would cater to our every need. Throughout the night we were helped by a variety of servers, all of whom were eagerly willing to answer any questions we had with skill and ease.

After our orders had been made, the restaurant had already become fairly busy. The wait time for our food ended up being around 20 minutes, and my guest and I filled up the time with observing our surroundings; even though there were many people, the restaurant kept a mellow feel with soft brown tones seen in the chairs and napkins, while also seeming pristine with white tablecloths and golden accents.

Before our orders were ready, we received a small serving of butter and three different types of bread. Despite their simplicity, I enjoyed the cheesy, salty and crunchy variety. After my guest and I had taken our fill, our orders came out at last.

SW Steakhouse by Althea G on Exposure
My guest ordered the Cheese Crusted Colorado Lamb Chops ($58). The dish presentation was creative and showcased the meal in an attractive manner; I was also impressed with the serving size. Cutting into the lamb chops illuminated the crunch of the crust and the tenderness of the meat within. The light rosemary sauce was just enough to contribute to a unique taste yet not overpower the dish.

As for my dish, I ordered the Alaskan King Crab Pasta ($40) which came in a large, fairly shallow bowl. I cannot complain however, for the order was packed with creamy pasta and fresh crab meat. My favorite aspect of the dish was the rich, milky sauce coating the pasta; the perfect accent to the slight meatiness.

For dessert, my guest and I decided to try the Chocolate Soufflé ($14), which was recommended to us by one of the servers. The dish was a unique twist on the typical molten lava cake, and came with a single scoop of vanilla ice cream, a square of soufflé and deep red cherries. The size of the dessert was slightly disappointing when split between two people, though the soufflé was admittedly impressive; the exterior was just soft enough to break into, and the velvety chocolate inside was fudge-like yet not overly sweet.

While my guest and I were eating, attentive servers diligently stood by and were never slow to fill up our waters or ask how we were doing. Before we even ordered off the menu we were told about their vegan and vegetarian options, as well as the cooking processes which took place in their kitchen. The environment and aura of the restaurant were certainly regal, and for this I can understand the higher prices for a teen (main courses and entrées ranging from $24-$130) when paired with the quality food. For a pleasant dining experience on a posh level, I would definitely spread the word about SW Steakhouse.