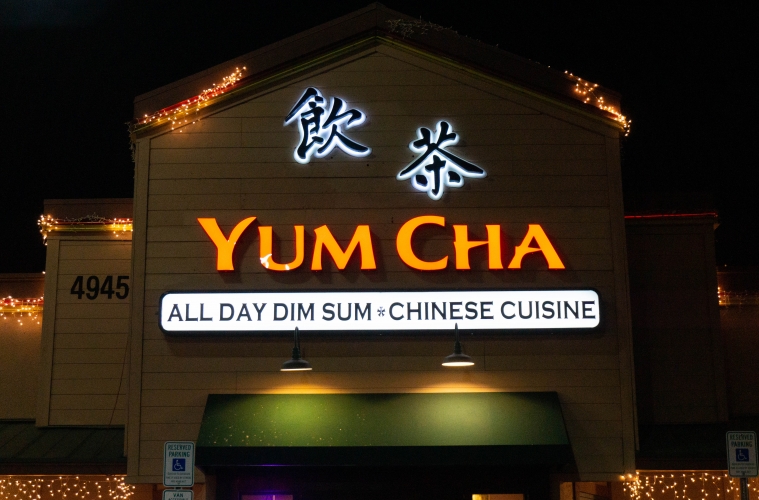 Yum Cha provides the experience of eating dim sum while providing attentive and friendly staff to suit your taste buds’ needs. Due to its reasonable pricing and calm music, it makes for your perfect go-to dim sum restaurant.
Rating: B+ Photo Credit: Julia Jauregui

Said to be one of ‘The Best Dim Sum in Las Vegas’, my expectations of Yum Cha were pretty high considering the number of rival restaurants alike in the city. Needing a place to dine in for my niece’s birthday, we decided to check out Yum Cha based on its popular Yelp reviews.

Yum Cha specializes in dim sum—a style of Chinese cuisine prepared in bite-sized portions and commonly served in a passing cart of dishes where diners choose which items to purchase. Unlike other dim sum restaurants, individuals order directly from a menu instead of simply choosing from the cart. The menu is composed of over 50 items for just their offerings; and a separate section dedicated to fish, noodles, tofu and other dishes.

Upon entering, my family and I were greeted by the workers and quickly ushered to a table. Given that we arrived at night time, I’d expect more customers, but it was pretty empty. The environment was aesthetically pleasing with birdcages hanging from the roof, various plants and calming music; however, it wasn’t the cleanest place by the looks of dust and dirty floors.

The first item we ordered was Shumai ($3.68), a traditional Chinese dumpling that is a staple whenever we go to any dim-sum restaurant. It included a mixture of pork and shrimp, incorporating small hints of ginger. While approaching the table, I instantly smelled aromatic flavors and snapped a quick photo to begin eating right away. Topped off with soy sauce, it made for the perfect comfort meal.

Secondly, was Har Gow ($3.68), a steamed shrimp dumpling which was my most favored of all. The taste was simple, with only shrimp and a wrapper made out of different starches and water creating a soft, silky texture. It was delicate, though, too fragile that it easily broke apart when attempting to grab with chopsticks. Balanced out with hot tea, the dish still made me feel warm and happy. Not to mention, after every dish came by, the servers and the manager consistently asked if the food was okay and if there were any complaints, making it feel like we were placed in good hands.

Lastly, I expected the Baked BBQ Pork Bun ($3.68), to taste more similar to Siopao—a Filipino dish with a dumpling consistency, but with a sweet pork filling. Unfortunately, although its a popular dish within the restaurant, the meat was overwhelmed by the bun. Especially with its size, a better filling of meat would naturally be expected. Regardless, its glossy look made for an eye-catching dish and was not bad for the price.

With a diverse menu for all customers’ needs, to their extremely friendly customer service, Yum Cha exemplifies your typical go-to dim sum restaurant. The restaurant, overall, was definitely worth choosing despite my family’s’ indecisiveness. Good comfort food and an inviting atmosphere will definitely make me return back another time.