Take a walk down ‘Violet Street’ A traffic jam of sound 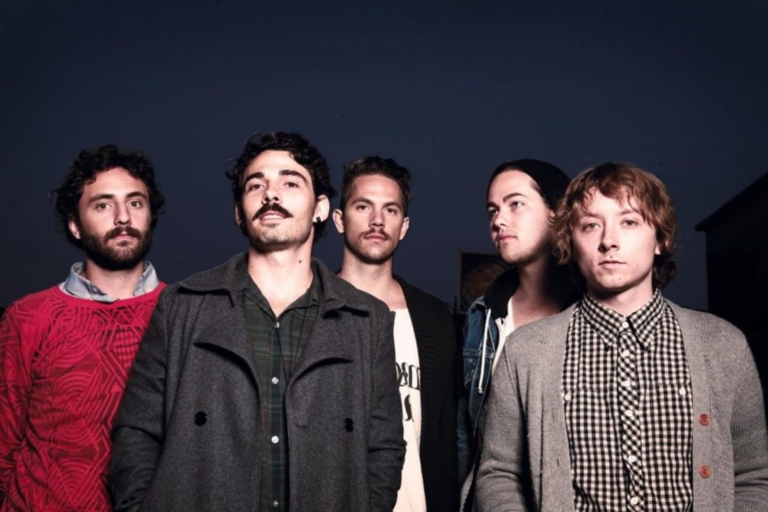 By combining a wide variety of raw sounds, Local Natives are able to a broad range of music to the indie scene. Some of the band’s tracks can have surf-rock vibes while others have more jazz-esque type beats.
Rating: A- Photo Courtesy of Cal Times

Strolling through the city, I hear the engines of cars, the hustle and bustle of people walking the sidewalks and a bird chirping hear and there. All of this makes up for an organized dissarray of noise, ultimately creating a harmony of different sounds which can be compared to Local Natives’ newest album ‘Violet Street.’

Originating from Los Angeles, California, Local Natives is an indie rock band that debuted their first album 10 years ago in United Kingdom. The band is comprised of Taylor Rice, Kelcey Ayer, Andy Hamm, Ryan Hahn, Matt Frazier and Chris Filley. Ever since the release of their debut album, the band has been pushing out music for their thrilled fans.

Due to the band’s dynamic flow of energy throughout the album, they are able to hit on an assortment of different tempos for their songs. In the song ‘Cafe Amarillo,’ the band utilized high-pitched guitar plucks and falsetto vocals—similar to that of Rei Brown—to radiate coffee shop vibes.

However, there were also songs like ‘Shy’ which included trumpets, crash symbols and a mess of different sounds from numerous instruments. The lyrics match the chaos of noise with phrases like “It was more like a cage/We were forced to fight.” The diverse range of songs within the album was a good addition as most artists usually stick to a certain tempo and style for their songs.

As if the album were a story, the beginning and ending eluded to the calm indie music that many people are used to nowadays while the middle was the climax, full of energy and life. Although the music had a lot of intensity, it was still bearable to listen to due to the balance of calm and energetic songs throughout the album.

If you’re looking for an odd harmony of sounds, ‘Violet Street’ is the perfect album to listen to. From serene piano melodies to surf rock indie with electric guitars and anything in between, you’ll be sure to find a favorite track in the album.