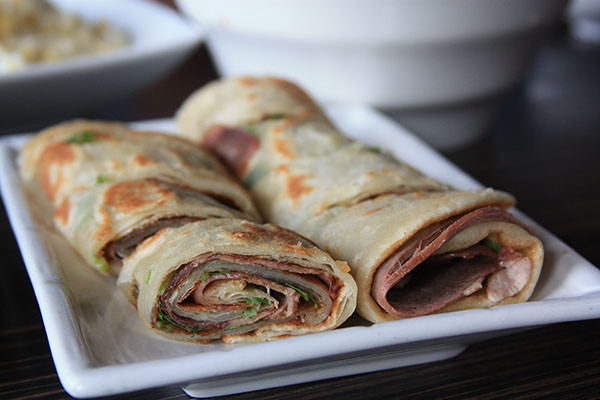 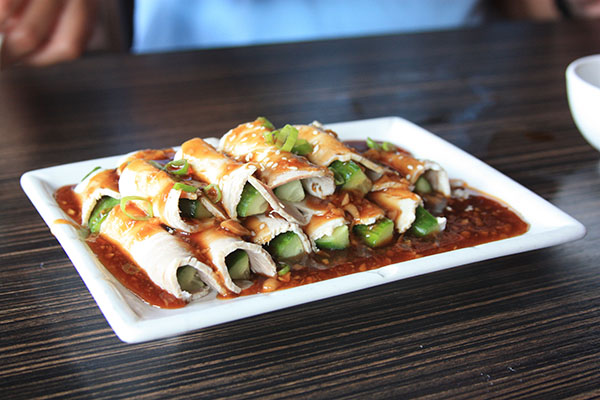 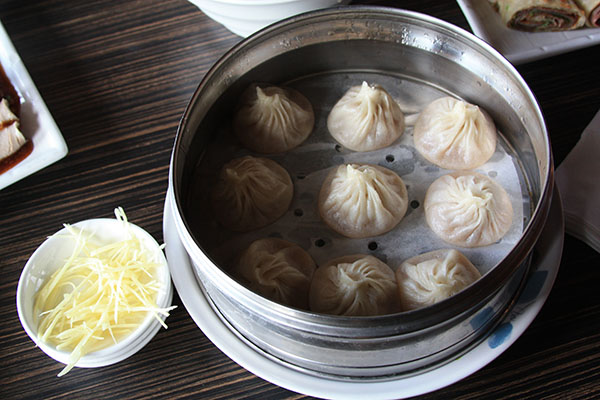 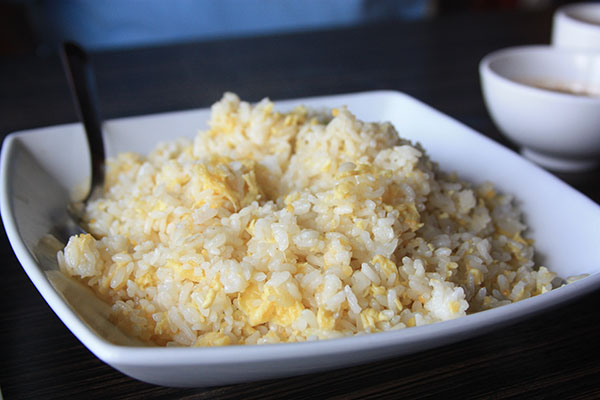 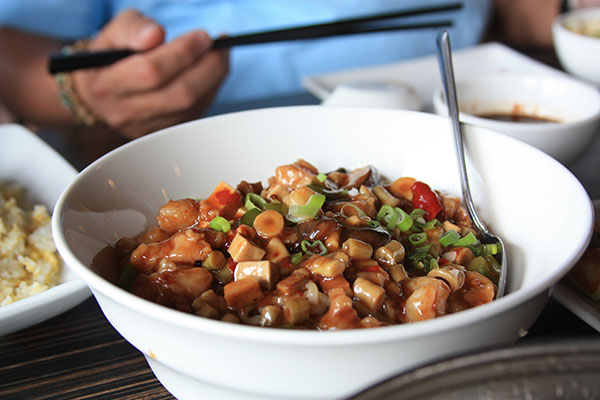 Foreign and exotic restaurants are common in Las Vegas as the city is a culinary melting pot of different tastes and styles. But sometimes the best places aren’t in upscale locations, instead they are nestled amidst ashen buildings and seem insignificant, when in reality they are culinary wonderlands. 1900 Asian Cuisine is one of those hidden hotspots.

The eatery is a blend of Taiwanese, Shanghainese, and Szechuan inspirations, offering different menus for lunch and dinner. The restaurant itself is visually pleasing and darn near adorable with its chic interior and rose colored walls.

The menu, which consists of various dishes with pictures for those dependant on visual representations, when English translations are not as helpful. It was the first place I saw the Eight Treasures Noodle Soup ($7.25). The dish was not peculiarly unique, but the flavor and clinging noodles was familiar and comforting due to similar dishes of my Chinese descent and that may be the reason I fawned over it.

[vision_pullquote style=”1″ align=”center”] I cannot keep this place to myself and would recommend 1900 to anyone craving Chinese flare in their diet. [/vision_pullquote]

We also ordered Pork Belly in Garlic Sauce ($6.95) which was okay for my taste buds, because I felt like the dish needed more flavor, while my parents greatly enjoyed it. The meat was rolled around a slice of cucumber swimming in another thick, garlic enhanced sauce with hints of spices. In contrast, the Green Onion Pancake Rolling ($6.95) was my favorite dish due to the sweet and savory contrast in my mouth from each bite. Slices of pork were nuzzled with a sweet hoisin-like sauce, cilantro and green onions in a crepe-like pancake.

Xiao Long Bao ($6.95) which translates to “soup dumplings” were the featured item of 1900 and are steamed buns containing meat and soup within. I believe the correct definition of this unique and unassuming dish would be “exploding dumplings” because if one is not careful, taking a bite might turn your food into a projectile launcher spilling the steaming liquid all over oneself (or in my case my camera). After tasting the previous dishes, I was disappointed at the Shrimp Shaomai ($7.95) due to its bland and indistinct taste. The Shanghai Egg Fried Rice ($5.95) was satisfying, simple and thankfully ungreasy, but I only tasted a spoonful, maybe because I am not a big rice eater.

The service was decent and the food came within a 15 minute timespan, as to other times, despite it being the same service, when it took well over half-an hour of waiting for a dish. I cannot keep this place to myself and would recommend 1900 to anyone craving Chinese flare in their diet. The restaurant is big enough for parties while quiet enough for eating peacefully; the prices and sizes are proportional and not a heavy blow to the wallet.