The time has come to test your skills in ‘Bayonetta 2’ 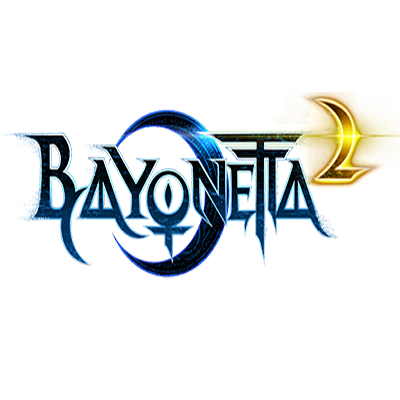 “Bayonetta 2,” following the original “Bayonetta” series, is an exemplary comeback that leaves a roaring echo in its wake as it combines the art of intensive combat and vivid graphics. While the game itself is simplistic, it is also an alluring enigma that combines elements of both fantasy and warfare.

Taking place in the fictional city of Vigrid, an attack carried out by an angelic force at a town parade sets the people on high alert. To defeat these foes, the Umbran witch Cereza takes advantage of her power and summons demonic forces for aid. A problem occurred in this summoning, stunning the Cereza and forcing her partner Jeanne to protect her. Jeanne’s soul is then claimed by the depths of Hell, triggering Cereza to embark on a journey to the sacred inferno to save her friend before her soul is devoured.

Built on the original “Bayonetta,” the combat of “Bayonetta 2” is highlighted by the notable animation and can be labeled the game’s greatest asset. Each punch, kick and weapon swing easily transitions to the next move I chose to use, allowing me to take advantage of all possible combos. Many of the elements incorporated easily sparked the interest of hardcore action fans like myself.

The attempt to embrace casual newcomers, though, resulted in mixed outcomes. The alternate camera scheme given by the gamepad is a neat addition, but doesn’t hold too well with the abundance of enemies that appear on the screen as it is difficult to focus. I had to take the time to learn this new element as well as the standard control, but I cannot complain too much.

In this game, enemies cannot be underestimated. The variation of enemy types and their distinctive attack patterns demanded all of my attention—and it must be applauded for that. I am used to the repetitive style featured in the hack-and-slash genre. Having it switched out and replaced by a diverse command system that varied on the weapon, enemy and scene encouraged me to continue and find out what would happen next. I am further impressed by the unique design of the bosses and how their looks contributed to their fighting style, hinting that any two bosses will not behave the same way. The constant variation stuck out and I did not feel as though I was fighting the same enemy for too long or too often, eliminating the possibility of this game becoming boring.

Being introduced to the hack-and-slash genre through “Bayonetta 2” would be intimidating due to the game’s variation of play styles, but executing those combos feels natural. The introduction of Witch Time and Umbran Climax allows the player to adjust to the individual styles by allowing them to take a ‘second chance.’ I will admit that both are overpowering in their respective ways, but I was able to dispose of foes quickly and earn a high number of combo points—a number that easily put a smile on my face.

With hack-and-slash functions and a diverse plethora of warfare, the game manifests a unique allure that is a breathtaking ride from the opening credits to the closing. While it serves as a video game, it could also be considered a work of art. “Bayonetta 2” swallows sugar and spits out fire, leaving its players enthralled and on the edge, earning its place on the list of best games of 2014.