Think about ‘Why Hasn’t Everything Already Disappeared?’ Stepping away from their original genre to experiment with pop 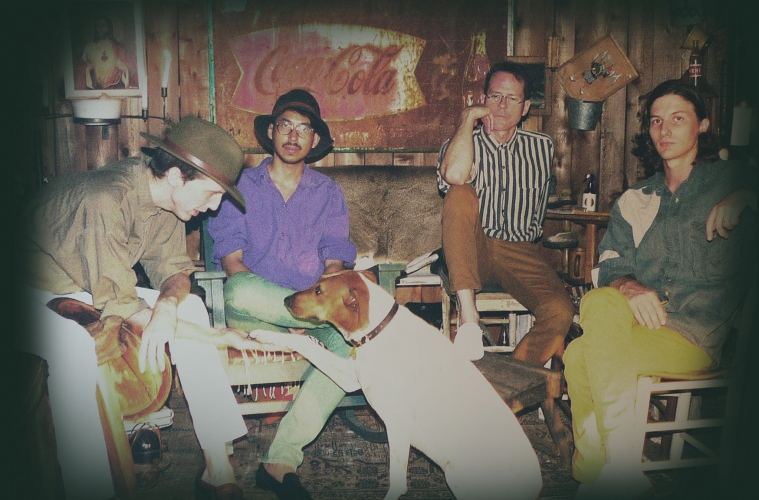 The long lasting, classic band, Deerhunter, presents their latest album by introducing a whole different genre from their original. ‘Why Hasn’t Everything Already Dissapeared?’ shows the bands potential by bringing in a pop style to their normal indie rock.
Rating: B+ Photo Courtesy of Ticket Master

Feeling particularly nostalgic, I begin listening to some of my favorite songs by The Strokes, scrolling through their Apple Music page, I find myself at the very bottom looking through similar artists. Deerhunter specifically catches my eye because of the unique name, seeing they have a new release, I decided to give them a listen.

As I let the songs play on shuffle, I read about their history, seeing that they are known for their experimental noise rock band from Atlanta. The band was formed by Bradford Cox (lead vocalist) in 2001 since being together for that long many members have come and gone. Currently, they are a group of four but have had more members in the band at once. Lockett Pundt (guitarist), Moses Archuleta (drummer) and Josh McKay (bassist), as well as Cox, have all stayed since the start.

After listening through the ten-song album, the best way to define their obscurity is either the feeling of gently relaxing or aggressive and claustrophobic. However, the first song, “Death in Midsummer,” manages to embrace both of these contradicting feelings. It starts off with chime-like sounds from a harpsichord with the low bass drums, beneath it rings soft piano playing and Cox’s elongated, strong vocals bring together each element.

The most pop-like song curated from this album, “Element“, features a techno enhanced piano with a set of strings that correlate to the melodramatic hook. One thing I noticed is how the piano helps to amplify Cox’s melody when he sings, “cancer words / Laid out in lines.”

Similar to any album filled with such a variety of genres, trying to listen to each song and find a cohesive meaning can be difficult. At some points, it does get confusing and I started to lose focus of what I was actually listening to. Yet, Deerhunter managed to grab my attention with just how unique each track was with all of the unique uses of their instruments.

In the end, their main goal with this album was to honor their legacy, showing how repetition induces decay, which is why they went with such a different style for ‘Why Hasn’t Everything Already Disappeared?’ With the many obstacles Deerhunter has endured, of being a band for eighteen years, such as members leaving and arguments occurring, they proved that they’ll never be alone even if it appears to be that way.