‘Tremors’ lives up to its name 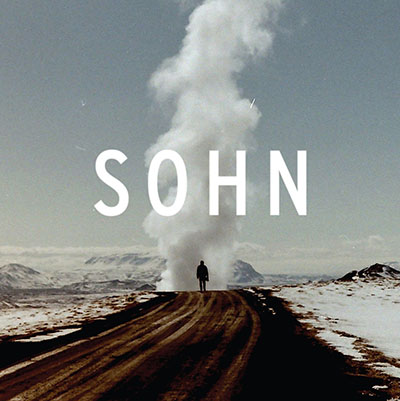 Sohn's first album is song after song of electronic indie sounds, with each song diverse from the others with various tempos, voice delays, and instrumentals. Listeners will be anticipating the next album release.
Similar Artists: Foster the People, Passion Pit, Metronomy
Rating: A-
Courtesy of 4AD

With his first track, “The Wheel,” dropping in 2012, Sohn has been perfecting his debut album since. Sohn, real name Christopher Taylor, is a lone singer/songwriter/producer, coming from London, and has only just returned after a two year hiatus. Taylor’s soft voice contrasted against the harsh sounds of instrumentals played throughout the album, and can be a bit much to take, but once Tremors has been played through, the songs will be put on repeat.

The first song of the album, “Tempest,” is rather odd. Upon first listen, it almost immediately made me want to click pause, due to the strange lyric repeating that accompanied an electronic piano. However, there was an undercurrent of intrigue that gave me the desire to keep listening as well, and I’m glad I did. Taylor’s tranquilizing voice soon joins the intro, and his voice reaches a soprano, something highly unexpected. The songs following contain less jarring introductions, but follow the same style, a soft, high voice surrounded by techno beats, with “The Wheel” being the template.

Although the idea of automated noise may sound redundant, Taylor is remarkably able to mix up the music. In songs like “Lessons” and “Tremors,” Taylor uses similar sounding instrumentals, like percussion, but can shake up the tempo and volume to make the two songs sound distinct from one another. The themes of frustrated, dark feelings are heavily present, with lyrics in “Bloodflows” being “Crack the whip/ let me see” and “My love don’t love me.” This theme plays throughout the album, and although the style of the songs are changed up, the feelings of searching, loss, and helplessness cannot be alluded.

Tremors is an album one can listen to when in a hopeless state, cranking up the music and getting lost in the melodies with constant feelings of anguish played relentlessly throughout. The electronic piano is a prominent instrument, but there are also various percussions, bells, guitars, and muted vocal delays. The songs are all under five minutes, meaning the album is relatively short, but what it lacks in time, it makes up in Taylor’s graceful voice that hits a range of notes.