Try a new diet at ‘VegeNation’ Includes an all-vegan menu

VegeNation provides vegans a chance to explore all the different styles of food that they may feel they are missing out on. The restaurant's unique plant-based menu attracted many people who want to eat healthier, making it a unique restaurant.
Rating: B- Photo Credit: Gurleen Swaich

Being a vegetarian, there aren’t many places I can go to for a late-night dinner or lunch, but I spotted VegeNation while driving by to get some groceries. I had heard about it from my brother who said it was a nice place, so I finally went for lunch.

Right as my dad and I entered, our attention was caught by the garden-like theme. There are  intricate paintings on the walls, as well as a variety of plants. The staff greeted us as soon as we entered and made sure that our experience was going well.

After looking at the menu, I decided to order three dishes as well as a smoothie. My smoothie, Berry Blast ($7.00) came out first and it had a subtle blueberry/strawberry taste, but tasted bland because the only sweetener added was agave, which was a healthier choice.

Next came the first dish, Save the Tuna ($9.00), which was a vegan twist on generic sushi containing seasonal vegetables. When it arrived, I was surprised because I was expecting a normal sushi roll, but instead, they had made their own version of seaweed. The seaweed was purple and tasted mainly like rice, but the presentation of the sushi itself was quite colorful, due to the intricate colors of the vegetables that were used. I took a bite out of the sushi and experienced a variety of flavors ranging from fruity to salty and then a sort of bitter taste.  In general, the sushi was very soft with a crunch from the vegetables, but it did not go well with the soy sauce because of the pungent salt flavor. 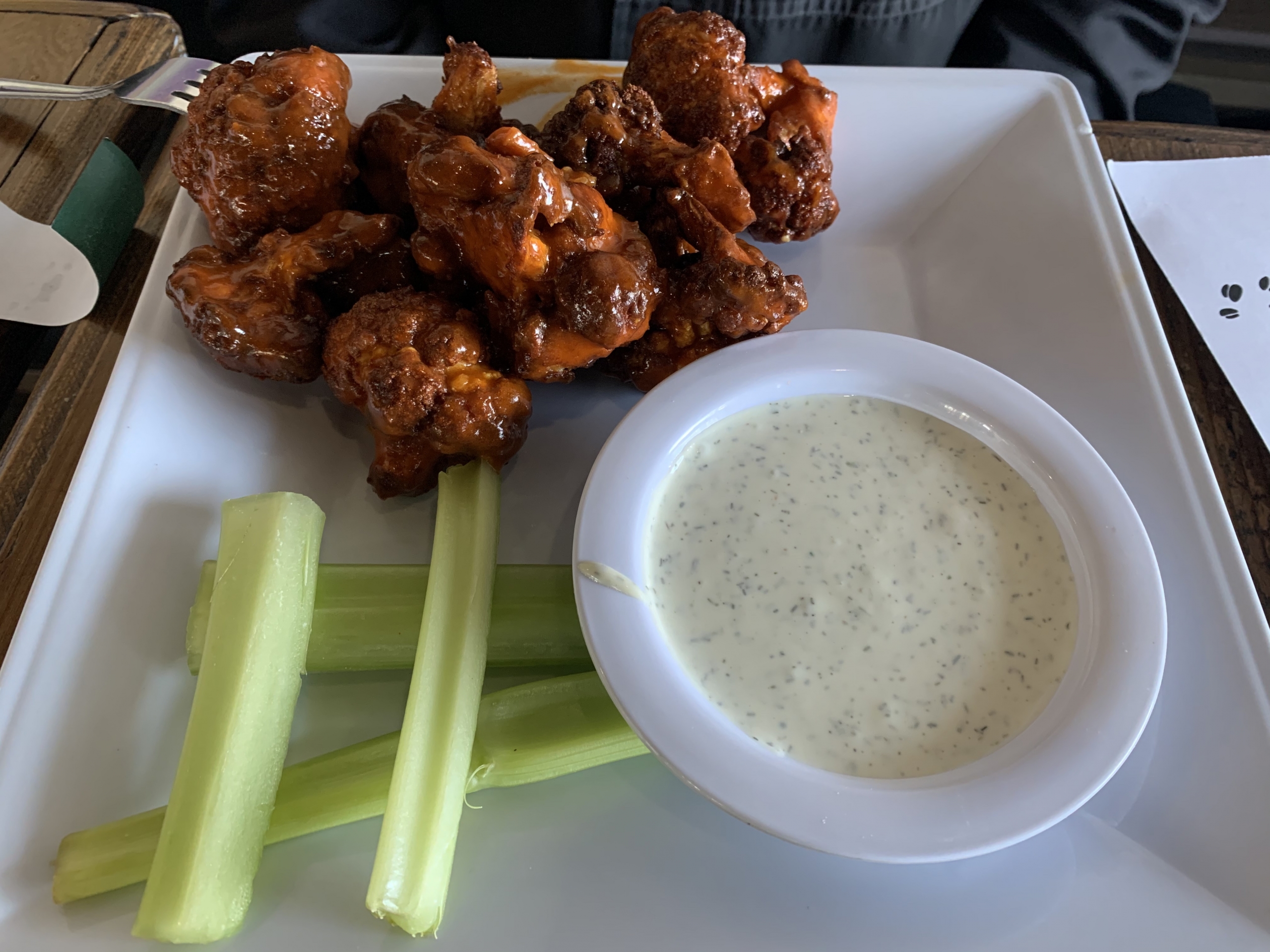 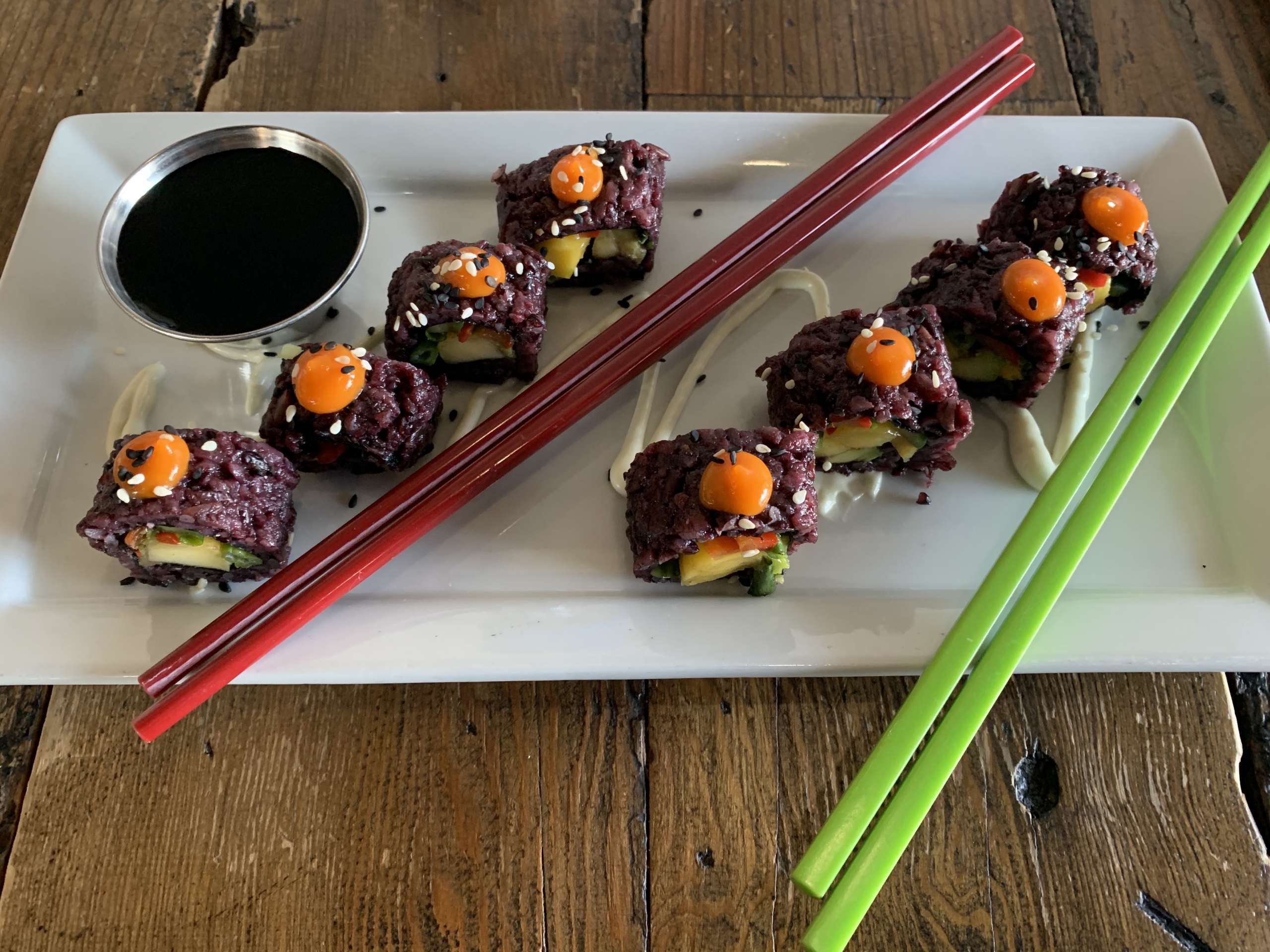 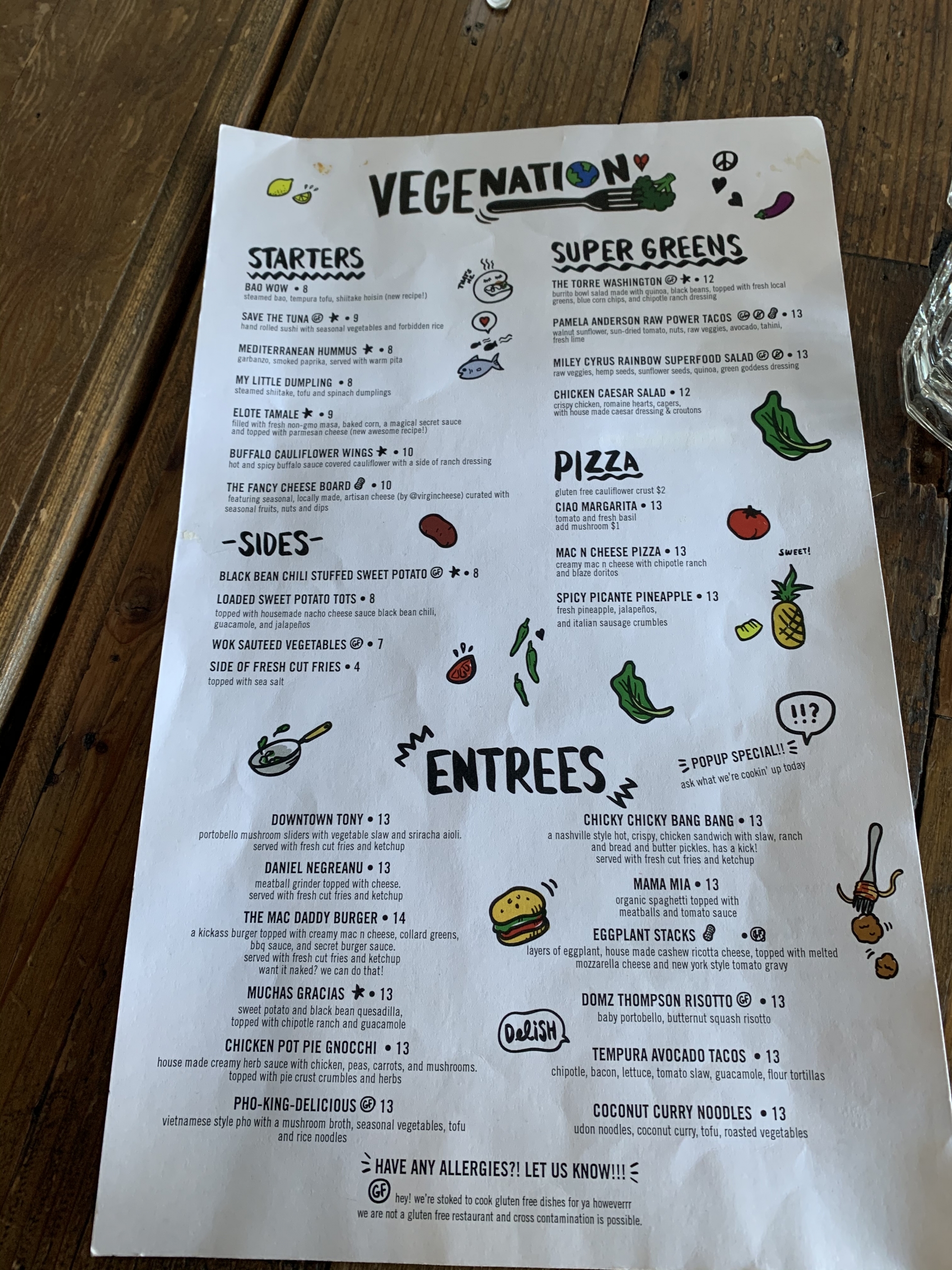 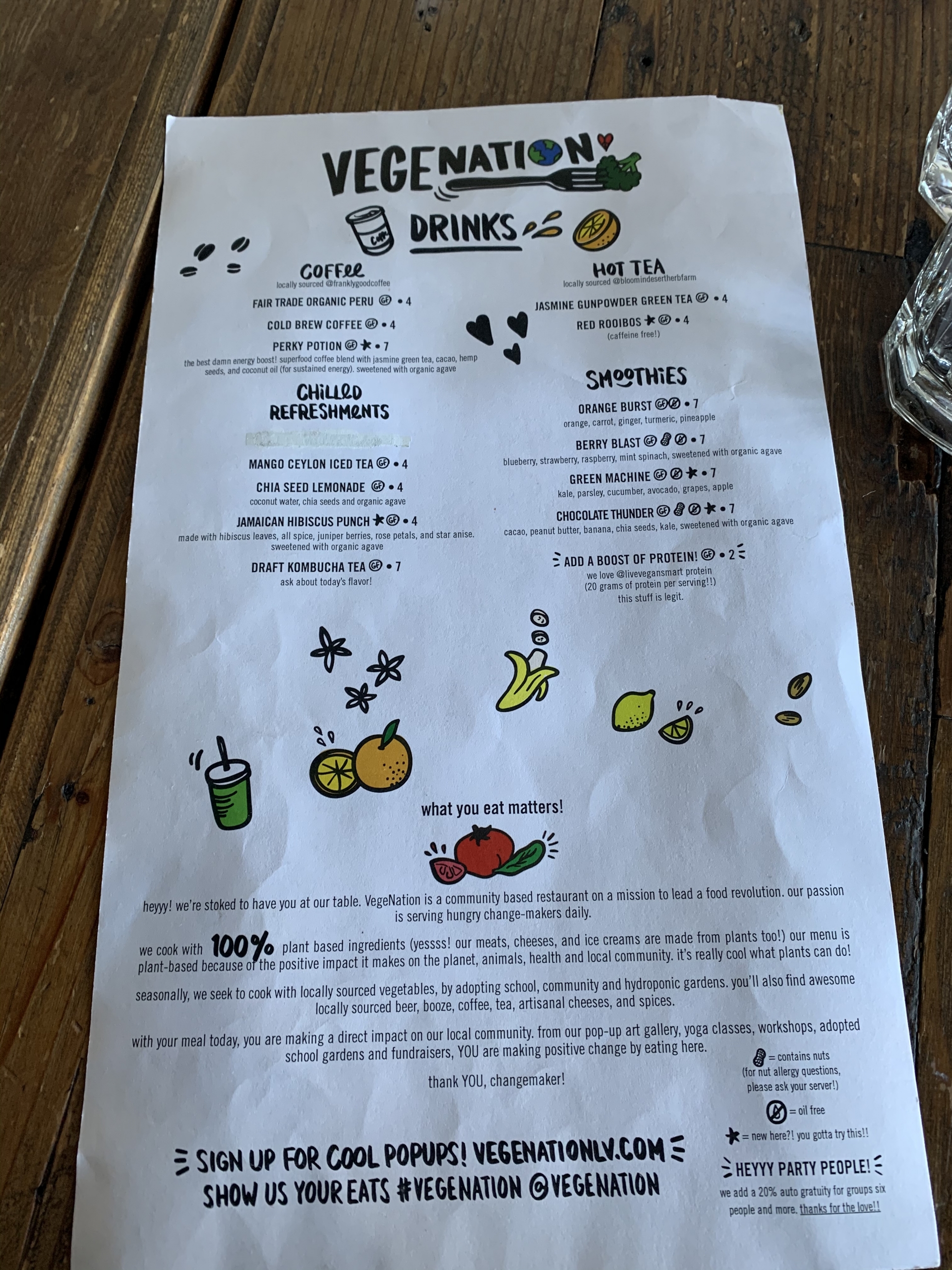 The next item, which my dad had ordered, was the Buffalo Cauliflower Wings ($10.00). The cauliflower had a slightly hard texture, but the spicy buffalo sauce that had been grazed generously over them made a savory flavor. The spice incorporated in the sauce enhanced the tangy flavor, making the cauliflower taste better. It also came with ranch, which reduced the spiciness of the buffalo sauce, but to me it made the wings taste funky because of the two completely different flavors that were being missed.

Lastly, we ordered the Chicky Chicky Bang Bang ($13.00), which was the best out of the three orders. It was a Nashville-style crispy chicken sandwich that included slaw, ranch, butter pickles and a side of fries. Taking the first bite out of the sandwich felt weird because it was like eating a real chicken sandwich, but the flavor was genuinely perfect due to how everything blended together. The sandwich had the right amount of crisp and was also tender, which made it taste great because I’ve had some that would have a much better flavor if the veggie pattie had  incorporated that aspect.

With all the diverse vegan-based dishes VegeNation has to offer, they are able to appeal to many people as a healthier option to eat out with their family and friends. The restaurant was a good choice to go for my dad and I because we love to eat at random places, and we had a variety of options to choose from on the menu. Although I wish the prices were a bit cheaper for the meals, the overall theme of the restaurant and the food are definitely going to make my family go back.