Watch your step in ‘Crossy Road’ 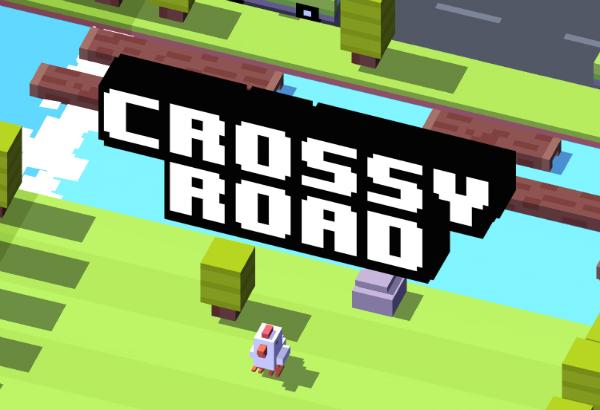 Why did the chicken cross the road?

Not to get to the other side, but to earn the highest possible score in the endless arcade hopper Crossy Road. Released by a team of indie game developers that go by the name Hipster Whale, the app revisits the realm of anger-inducing fun that “Frogger” brought to the ’80s—the golden age of arcade gaming.

A series of rivers and roads makes up the geometric 8-bit expanse of “Crossy Road.” Although reminiscent of outdated consoles that currently reach high sale prices on Ebay, the pastel colors and smooth texturing place the app into the modern gaming ambience. The game even offers a battery conservation setting that minimally reduces gameplay quality when you are running low on both power and amusement.

Upon entering the game, you are granted with the Chicken. You begin the course with a grassy field that poses no hazard at all, until you reach your first road, river or railroad. Moving automobiles of various speeds inhabit the roads and logs of varying sizes drift in the river, while a light and bell signal incoming bullet trains. By tapping and swiping, you must get your character safely across these obstacles while also managing your time, as the screen slowly moves upward until an eagle swoops you up and ends your run.

The game’s most recent update has added three new characters to the collection—all centered around the theme of Chinese New Year. Additionally, the app now allows you to record your runs, and gives you the option to enable the front camera of your phone for an action and reaction video. Everyplay has also partnered up with Hipster Whale to allow these videos to be shared and uploaded to the community. While I am not one to use this feature, I appreciated the company’s desire to install a social media feature into the game.

My favorite aspect of “Crossy Road” is the massive character database. Each character costs 99 cents—with the exception of the Piggy Bank ($3.99)—but it is indeed possible to attain most of the 72 characters without having to resort to iTunes cards or bank transactions. Once you begin the game, you periodically receive free coins after a certain amount of time. However, the wait increases the more you play the game, and caps at six hours. These coins are used at the prize machine, which will award you with one random character, regardless of if you already have it or not. During my experience, I have gotten three or four Swift Snails and Lucky Cats, and the loss of several hundred coins was truly unsettling, but the desire to collect all 72 characters trumped over my disappointment.

Maneuvering through the hustle and bustle of transportation was indeed entertaining, but it eventually ran out of fuel. However, the varying play styles of some characters was enough to keep me logged on to the app. The Festive Chicken turns the grassy suburbs into a winter wonderland, and the Mad Wizard occasionally zaps trees with his scepter. In addition, there are special characters that cannot be obtained through the prize machine, such as the Hipster Whale himself and developers Andrew Sum, Ben Weatherall and Matt Hall.

Available for free on both iOS and Android, “Crossy Road” tests both endurance, strategy and downright luck. With the satisfaction of receiving special characters and the excitement of near-misses, the app is profoundly addicting, and I have no issue with returning to it in my pastime.