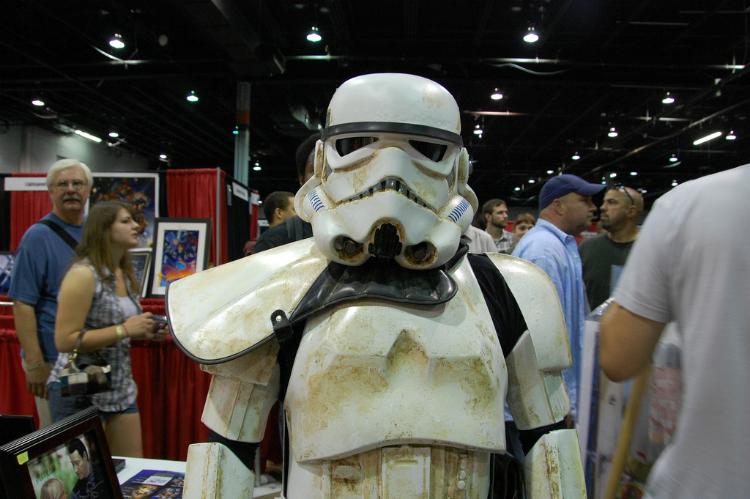 Fans will amass at the Las Vegas Convention Center from March 18-20 to immerse in the realm of pop culture at one of the most anticipated events of the year: Wizard World Las Vegas Comic Con 2016. Three days may not seem like enough to indulge in every aspect of the convention, but the gathering is guaranteed to feature a little bit of everything for all attendees to enjoy.

“Wizard World does a good job of including all genres and forms of entertainment so it’s always nice to see everything have a fair share of space rather than just a focus on comics or anime,” senior Cheyenne Folias said.

The convention invites a different set of celebrity guests each year after taking into consideration their availability and audience input. This time around, Wizard World will host Brett Dalton from “Agents of S.H.I.E.L.D.,” comic book artist Michael Golden and Amber Benson from “Buffy the Vampire Slayer,” among many other actors, actresses and artists. Fans will be able to interact with their favorite icons by attending Q&A panels (included in admission fee) and autograph opportunities scattered throughout the convention. For those with a bit more money in their pockets, photo-op sessions are available at an additional cost.

“We want to have a diversity with the kinds of shows and kinds of movies we feature at the convention,” Wizard World Comic Con Public Relations Manager Jerry Milani said. “It really depends on the guests’ schedules, as some could be filming movies or TV shows. But we do get a lot of suggestions on Facebook and we have fans who come in our inbox. We work with managers from every conceivable kind of show.”

The rest of the convention floor will be packed with a number of exhibitors, vendors, dealers and experts with merchandise available for purchase. Whether they are comic book experts who will display comics that range from 50 cents to $50,000 or artists willing to sell on-site sketches, the convention has plenty in store for attendees to take home a piece of Wizard World with them.

“I like pop culture conventions because it’s fun to see all the different cosplays and artists in the Artist Alley,” senior Khloe Faria said. Being an artist myself, it’s really nice to connect with other artists with similar interests.”

Whether you are a stickler for strategy or a casual gamer, Wizard World will make a number of video games and tabletop games available for attendees throughout the days. For those in the mood for some friendly competition, attendees can also participate in gaming tournaments to see how their skills match up against like-minded adversaries.

“What’s different this year is that we’re having a bigger focus on gaming so our gaming area will be packed,” Milani said. “We’re bringing in special trucks with games on them and we’ll have a lot of tournaments and free play.”

It is best for attendees to become familiar with the convention space and gain an idea of where exhibitors, vendors and guests will be stationed. Checking the designated times for autographs and panels will help with creating a schedule to follow throughout the visit. After learning about the surroundings, it is ideal to set and plan the day around a goal, whether that is meeting actor Sean Maguire from “Once Upon a Time” or learning about comic book artist Michael Golden‘s creative process.

“We want to minimize the time spent in line, so it’s good to get a sense of where everything is and what the schedule is,” Milani said.

Whether attendees are stocking up on comic books or learning about the entertainment industry through their favorite actors, Wizard World Las Vegas Comic Con 2016 will provide a universal experience that transcends the television screen or pages of a comic book and unite fans with a mutual appreciation for their favorite pop culture icons.