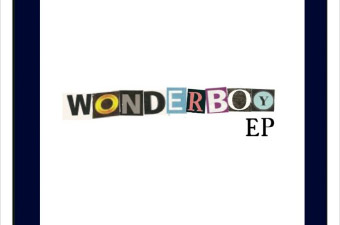 Incorporating natural ambient noises into his songs, Neptoner releases his first EP. The EP skillfully illustrated his emotions of a past relationship while also including simple beats to tie in his thoughts.
Rating: B+ Photo Courtesy of Neptoner

Illustrating his thoughts through rhythm and poetry, SoundCloud artist Neptoner fuses together both hip hop and lofi-sounding beats to create his first EP—Wonderboy. Looking back on his childhood and teenage heartbreak, Neptoner embeds intimate memories into his songwriting.

Despite the compilation of songs being his first EP, Neptoner is able to deftly incorporate the soothing ambient sound of rain as well as subtle acoustic riffs into his pieces. With comparable instrumentals to The Bootleg Boy and a rich deep voice similar to Rich Brian, Neptoner creates his own distinct character that embodies his music.

Manifesting his emotions throughout his songs, Neptoner reminisces about an unconditional love he once had. Rather than mollifying his thoughts, he expresses them genuinely and sincerely, delivering his lyrics without any hesitation.

Of the seven tracks in the EP, my favorite would be “Unspoken Freestyle.” This song gives off more of an energetic laid-back vibe that I would listen to while cruising through a city. The track also includes the subtle crackling of a microphone and acoustic melodies that the rest of the songs entail; however, it is not as calm or wistful as the others are.

Although there is a substantial amount of variety in the lyrics of each song, I would have enjoyed listening to more of the pieces if they weren’t redundant. For example, in the song “Wonderboy,” I heard “wondering how you feel tonight” repeat over and over again. Despite that the phrase played at the start and end of the song, it made up about half of the track that could have been used for expressing more emotions.

With the elementary lofi hip-hop beats and calm acoustics, Neptoner was able to smoothly create a relaxing yet emotion-filled EP that would be nice to listen to when you’re ‘simping’ or falling asleep. I would recommend “Wonderboy” to chill or lofi hip-hop fans.