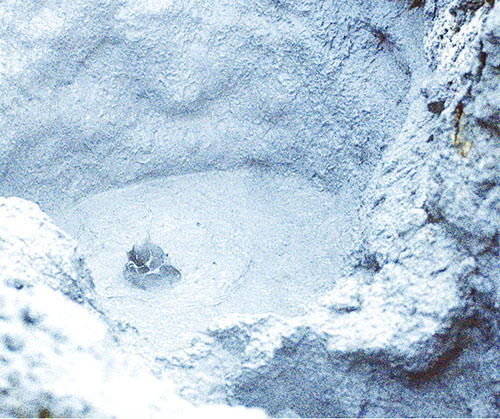 Merry Marika, holly Hackman. On Marika Hackman’s third album, “Wonderland,” she ties her English folk roots into the holiday spirit. The new release contains three self-written originals and three covers of classics. Similar to her other albums, she keeps a relaxed, sultry voice showcasing her vocal control throughout the songs.

As I was listening to the festive music for the first time, the songs sounded just as holly as the Christmas carols on the radio. The new release contains three self-written originals and three covers of classics. When looking deeper into the lyrics and their meaning, however, I could conclude that this is not a traditional holiday album.

Her first original on the album, “Driving Under Stars,” is full of fun personality and pessimistic lyrics. She tells a story of how she is “on her way” and describes every aspect of what she sees. “Through the towns, all dressed up in stupid lights / Window down, I’ll cut my cheekbones on the ice,” she sings of how she views the scenes of the holidays darker than they appear.

As the song progresses, it’s hard not to chuckle at the happy tune with bleak lyrics. Because it is rare to find a classic Christmas song with this point of view on the season, the original quickly became one of the highlights of the album.

With her lyrics and overall style, she is similar to Lana Del Rey— both indie singers paint a vivid picture through their deep and meaningful lyrics. Additionally, the two female artists have a balanced vocal range, but sound best in higher pitches.

This holiday album has obvious hints of Hackman’s english folk and alternative style. For example, in her second original on the mini album, “Paper Crowns” sounds similar to the song “Next Year” on her previous album “We Slept at Last.” The two have a slow beat with high pitched vocals and instrumentals tying Christmas into a depressing tale of winter love perfectly in “Paper Crowns”.

To wrap the album up, she covers an acoustic version of “Winter Wonderland.”  The English native slows the tempo down and emphasizes the instrumentals, although by doing so her lyrical talent is not forgotten. Hackman’s voice echoes into the cold with her sultry sound.

The album has a good balance of caroling classics and realistic originals. The release may not have the happiest of lyrics, but they are meant to be lighthearted and fun. “Wonderland” is refreshing to listen to after hearing the same holiday songs every year.