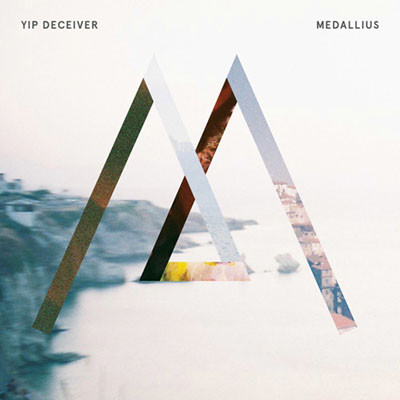 Yip Deceiver’s Medallius is a surprisingly upbeat and exciting album that manages to entice its listeners with its captivating quality. Regrettably, this album is not very consistent, and some of their songs are better than others. While some are outright contagious in their sense of expression, others are in the true sense of the word- lazy.

One of their most admirable efforts is “Obnoxia” a song that is, well,  on the verge of being obnoxious. The music behind the lyrics is good, although slightly repetitive, but the lyrics themselves do little to reflect what the title is attempting to portray. They are slightly boring and once more, repetitive. On the other hand, “Get Strict” is a song that truly deserves some recognition. It’s music is addicting and can appeal to any listener. The lyrics are fun and I honestly believe that this song can be played at almost every occasion.

Medallius is an iffy album. Some songs are to die for, while others feel half-done. I would recommend listening to the songs individually instead of buying the entire album so that you wont be disappointed.