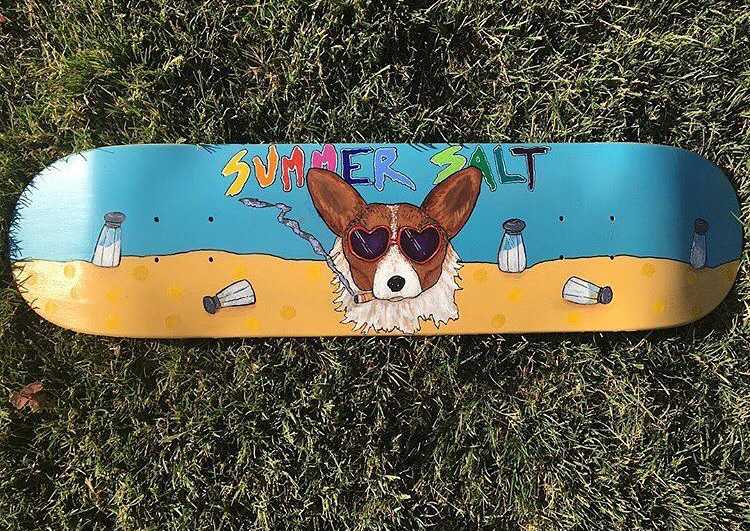 Summer Salt’s new EP ‘So Polite’ takes you on a nostalgia-filled trip back to the past by conveying 60s surf rock vibes through strums of reverb drenched electric guitars and falsetto vocals atop an underlying drum rhythm.

Summer Salt is a trio of best friends: Matt Terry, Eugene Chung and Phil Baier, originating from Austin, Texas. They write and compose their own songs taking influences from bossa nova, a style of Brazilian music and garage rock culture.

As I began to listen to the EP, it felt as if I were seated atop the hood of a convertible observing the ocean and nonchalantly bobbing my head up and down to the beat of the music. The entire EP includes subtle drumming and reverb coming from an electric guitar. Carefree vocals give the song an impression of being etched into and played from a record.

The first cut “Candy Wrappers” is my favorite. It begins with the sounds of a maraca imitating the sounds of crashing waves. As the song continues, the energy grows producing an upbeat tempo. The fast pace adds a sense of excitement and anticipation. I admire how the band uses the term ‘candy wrappers’ in the lyrics as a metaphor for the memories of a past relationship as if the relationship was the candy and the memories are the wrapper.

As the EP carries on, each song grows calmer. “So Polite” explains how human beings should be polite to others in a bitter society. This piece played at a much slower tempo than the rest of the songs, causing me to genuinely pay attention to the lyrics. However, a helicopter can be heard near the beginning of the song, which left me wondering if it was a sound effect or background noise.

Although EPs are normally short in length, I expected each song to be at least three minute long. The last song, “Prickly Pear” contained no lyrical value. Instead there was about two minutes of only instrumentals combined with the same underlying beat playing throughout the song.

This EP is a short but sweet listen. Songs produced by Summer Salt are comparable to pieces by “The Tornadoes.” I recommend people who enjoy the surf rock/60s vibes as well as vinyl music to listen to the EP as it’s not for everyone.