Female Characters—unsimplified On Rogue One, and the under representation of women in media 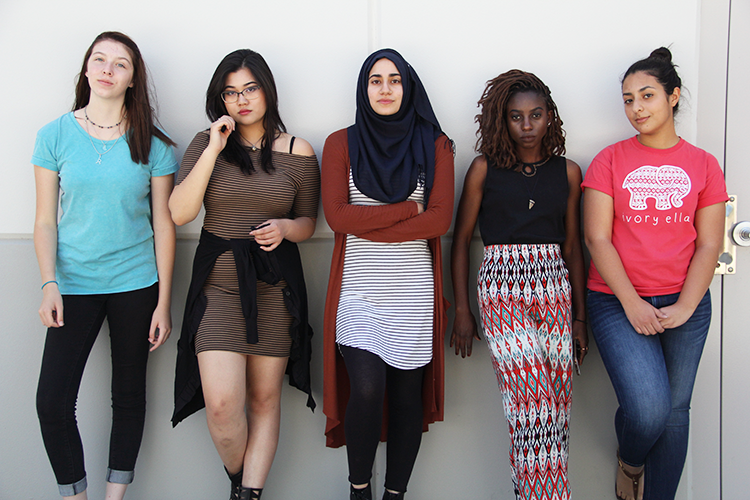 After the highly anticipated release of the trailer for Rogue One, the upcoming Star Wars movie due to hit theatres December 16th, there was an uproar (as per usual within fan bases as big as that of the Star Wars franchise) of disapproval among fans.

The film’s main character is being played by actress Felicity Jones, well known for her role in The Theory of Everything (2014). However, some fans are displeased with the fact that the creators of Rogue One chose a female lead for the film, especially after having a female lead in the most recent Star Wars film, despite the fact that every Star Wars movie prior has had a male lead.

The fact that some consider having two female leads in a row for the same movie franchise “taboo” in 2016 speaks to the amount of under representation of women that still exists within the movie industry, especially in leading roles.

Additionally, oftentimes when women are represented in media, they are portrayed in a stereotypical manner—minimized to certain tropes or extracted into a singular characteristic, rather than portraying women as multifaceted individuals. In superhero movies, and other film franchises that tend to play into male fan service, female characters are often over-sexualized as well; they are described as “strong” while being portrayed as one-dimensional and oversimplified—traits that are untrue of any human being.

By putting women in more leading roles, they have the opportunity to be written as complex and nuanced characters; instead of being there to assist or react to another character, they should be able to stand alone like their male counterparts.

To me, the following quote embodies exactly what the media should strive to do when representing female characters:

The following includes some of my personal favorite female characters in media:

Let women be more than the tropes they have been confined to; let women be more than just strong or weak. Women can be heroines, but they can also be villains, mentors, comic relief, sidekicks, etc. I want to see more women of color, trans women– women that do not fit into a cookie cutter standard represented in media. Women are human, and they are varied—they should be portrayed as such.

The media, from movies to TV shows to broadcast journalism and so on, has a long way to go in terms of representation, especially when considering the under representation of people of color. However, by introducing a female protagonist, Rogue One is not just attempting to make a social statement; they are simply acknowledging that women make up half of the world’s population, and therefore deserve to be represented as often and as accurately as men.