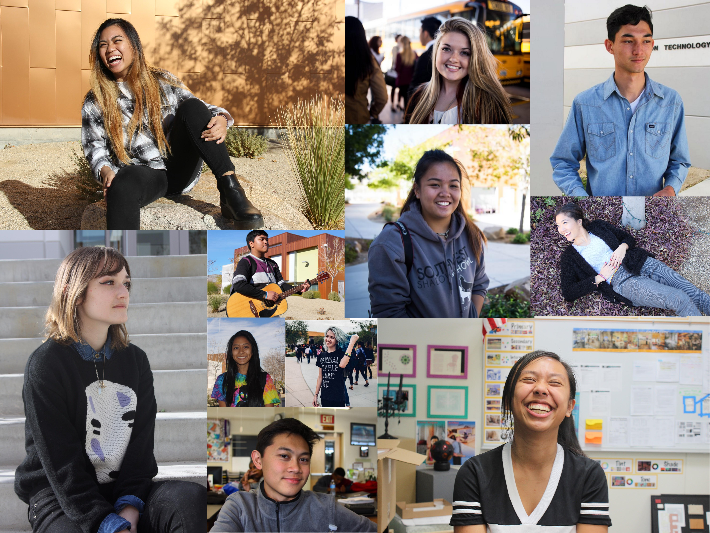 Once again, I found myself staring blankly into that eternally mocking sight: a blinking cursor on a blank document. If there is anything worse than writer’s block, it must be the lack of inspiration.

A drought of ideas and creativity is a hindrance to writing that I experience all too often. However, if there is a cure that most often gets me out of a rut, it is the simple act of listening to the stories that the people around me have to offer.

To me, one of the greatest joys of being a journalist is the opportunity to interact with individuals, listen to their story, and share it with others. I’ve attended conferences all about elevating stories and creating magic through broadcasting the journeys of others. Having a platform to form connections with the people around me is something I will always cherish; it is what creates depth and meaning in the work myself and my peers do.

Often, I catch myself thinking selfishly, traveling through what feels like a one-woman film; little feels more gratifying, humbling, and engaging than escaping one’s own self-revolving mind and seeking refuge in another’s.

With a blocked up headspace, I left class to photograph students for our publications Instagram account Humans of Southwest CTA inspired by Humans of New York. In doing so, I approached students, some of whom I knew, and others who I didn’t, and asked them questions that in any other context might seem too personal for a stranger or acquaintance to ask. As I asked them about their struggles and passions in a one-on-one discussion, I was able to see each person’s raw fears, excitement, passion, and overall humanity.

Often, I catch myself thinking selfishly, traveling through what feels like a one-woman film; little feels more gratifying, humbling, and engaging than escaping one’s own self-revolving mind and seeking refuge in another’s. This is the reason why we can spend hours on end engrossed in a book, Netflix series, etc. However, there is something uniquely special about understanding another person, or simply sharing a moment of laughter with them.

School work can easily become a routine and s a lifeless series of assignments, equations and analytical essays. It can be difficult to seek inspiration in that kind of environment, but what I’ve discovered is that what ultimately makes high school, or nearly anything worthwhile, is the relationships we form with those that surround us.

As I enter the final quarter of my senior year, I’m beginning to imagine my life without the faces I’ve come to know, the stories I’ve heard, and most importantly, my column. It seems surreal to think about, but in less than three months, it will be reality.

As I listen to all these different stories from varied individuals, I begin to consider what my own story is. I think, if  I were to be on the opposite end of a Humans of SW post, what would I say? Most people find themselves or their own lives mundane or uninteresting— I’m all too guilty of thinking the same. If there is anything I have come to realize as a truth, however, it is that every single person has a story. My story may still be in progress, but in the end, it will seem all the more fulfilling.