Where You Lead What I know I've learned from 'Gilmore Girls' 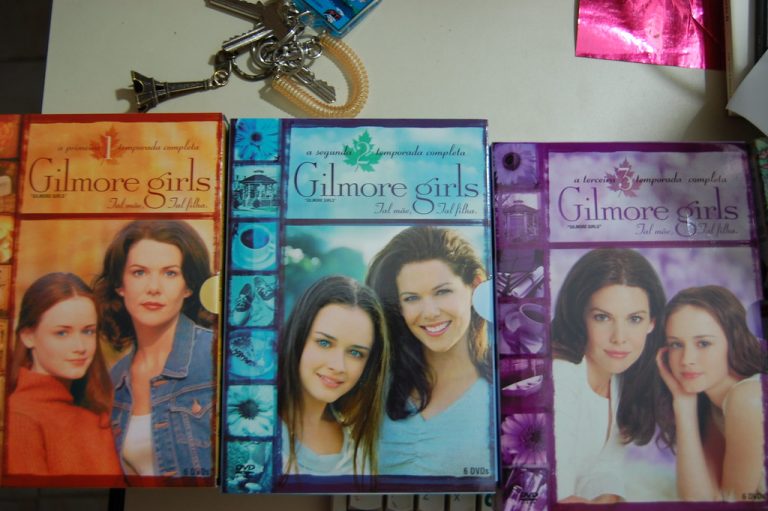 At the beginning of this school year, I made the decision to start watching the WB (now CW) series Gilmore Girls–little did I know how much of my life it would consume, or what I was getting myself into.

The hit television series, starring Lauren Graham and Alexis Bledel, had previously been something I had only ever seen in passing when reruns were shown on ABC Family. However, considering that the show is beloved by such a large array of people and it’s arrival on Netflix, I plunged into the seven season series.

I followed the advice of a friend, a die hard fan of the show, and treated it as an after-school special, limiting myself to watching one episode a day rather than going for the binge-watching approach. For several months I followed through, watching an episode a day—and slowly but surely, I found myself completely lost in the world of the fast talking, reference spewing, almost frustratingly witty Gilmore girls.

When the season six finale rolled around, I made the decision to stop watching the show (at least until the Gilmore Guys podcast catches up to those episodes, anyway), as season seven is infamously known as the season that the Gilmore Girls creators Amy and Daniel Sherman-Palladino left the show, resulting in its ultimate cancellation. However, despite my attempts to start new shows and leave the world of Stars Hollow behind me, I, for some reason, kept coming back to it.

If there’s one thing I know, it is that through all of the banter, town meetings, pop-tarts, and cups of coffee, wherever the Gilmore Girls lead, I will follow.

While the show is far from perfect, and almost overwhelmingly quirky, it is comforting in a way that continues to draw me back to it. With the amount of time I’ve spent assessing the show between watching the actual episodes and listening to the analysis on the Gilmore Guys podcast, this show will likely be a memorable and definitive part of my senior year of high school.

Hanging Out With Rory Gilmore from RookieMag on 8tracks Radio.

Therefore, in honor of my personal Gilmore journey, here are some lessons Gilmore Girls has taught me:

1) You can’t choose your family.

Whether your relationship with your parents more closely resembles Lorelai’s estrangement with Emily and Richard, or the closeness of Lorelai and Rory, family is (pretty much) always there—as messy and frustrating as it can be. No matter how many people come in and out of one’s life, family remains.

2) It’s okay to stray from your pre-conceived plans; life hardly turns out that way.

Despite having a perfectly plotted out plan from birth (go to Chilton, attend Harvard University, become a world renowned journalist, etc.), Rory (and Lorelai) experience changes and are put through circumstances that throw them both off track. These experiences helped solidify that straying from one’s plans for life is not only okay, but completely normal and justifiable.

This show is essentially centered around women who sit around eating [a highly questionable amount of] take-out, watching bad movies, cracking jokes, and being perfectly happy just enjoying each other’s company. Sure, conflict and action make life interesting, but there is beauty in ordinary activities; it is the people around you that add color.

4) Communication is everything in any relationship.

So many of the relationship conflicts within Gilmore Girls (and life, for that matter) could so easily be resolved by expressing one’s thoughts/feelings, directly addressing issues, and actively communicating with the other person.

As much as the show walks the line of realistic and eccentric, escaping to Stars Hollow, Connecticut will always be a much loved pass-time. The abrupt ending to the series due to it’s cancellation leaves me with high hopes for the upcoming Netflix reboot, Gilmore Girls: Seasons. If there’s one thing I know, it is that through all of the banter, town meetings, pop-tarts, and cups of coffee, wherever the Gilmore Girls lead, I will follow.