SATIRE: I miss freshman me The good old days 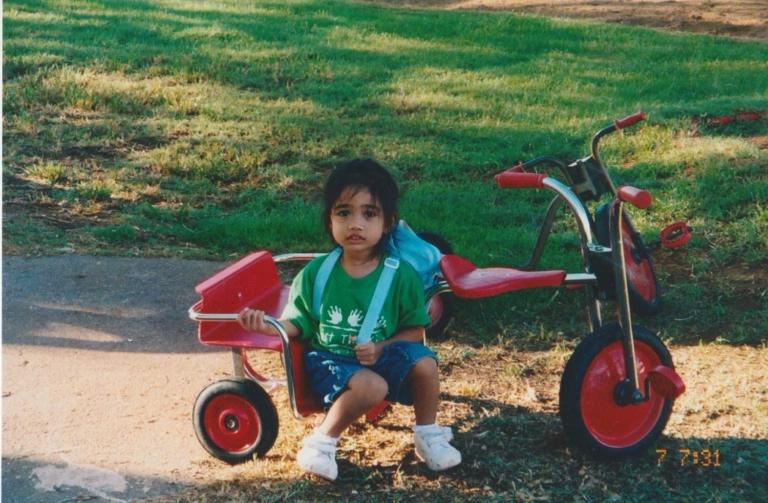 This was me my freshman year of preschool. Barely able to speak correctly, I walked around avoiding eye contact and any conversations. Those were the good old days. Photo Credit: Cassie Valdez

I miss freshman me–the only version of myself that only ever mattered. Sophomore year was a sham, junior year was counterproductive and senior year was useless. The best days of my life were when I stressed about having little friends and sat by myself at lunch, drawing pigeons in my agenda. Oh what a blessing it was to truly know what struggle was–nobody else on Earth could understand my pain. For the past three of my birthdays, I’ve spent my wish on hoping to be 14 years old again.

I miss when my braces would tear up the insides of my cheeks. Day after day, I’d endure the agony of metal brackets bullying my gums into bleeding. Suffering through the pain consistently, I gained battle scars on the inside of my mouth that nobody else had. My wounds were worthy of making my family proud, but now all of it is gone; unfortunately, the scars are barely noticeable.

I miss staying up until 3 a.m. just to say I was up at 3 a.m. on a school night.  True “clout chasers,” people who yearn for popularity, don’t spend their parents’ money on expensive clothes for the first day of school. Instead, they sacrifice a night’s worth of rest to gain natural dark circles under their eyes and use that as a fashion statement. Ever since I became a senior, my body has been too weak to keep myself awake past 9 p.m.

I miss spending hours creating noteworthy content that inspired people. From recording videos of myself spitting out food to forming different shapes with my feet, my level creativity was practically unmatched by anybody else at the time. The 10 views that I got on Snapchat were proof of my popularity. Since then, my free time has diminished dramatically. These days, all I have time for is taking photos of my flared nostrils.

I miss when my friend Justine would post a photo of me every Thursday and dubbed it #CassieThursday. At that time, it was the most used hashtag in existence. If you ask another senior and they say they’ve never heard of it in their entire life, that’s because I have made everyone promise to banish that time period from their memory. I knew that if I went viral, I would overshadow other people who deserved the lime light more than me.

I miss not being able to drive. Sure, there’s freedom in having a license, but now I can never ride the bus and get to school early. To the underclassmen who don’t know, once you can legally drive, there’s an unspoken rule that you are banned from all school transportation and you must arrive to school late, or else you practically waste the whole purpose of having a car in the first place.

I miss when I wasn’t in Journalism. Ever since I met Mr. Matthew LaPorte, I’ve had to deal with his endless complaints–from how a movie he watched was terrible or how the ketchup for his food was too spicy. Not only that but because of my former editors-in-chief Althea Gevero and Alexis Drevetzki, I’m actually not awful at writing anymore. Unfortunately, my skill level is too high now, and I feel like I’m not even human.

I miss when I wasn’t co-Editor-in-Chief of the Southwest Shadow but always dreamt of being co-Editor-in-Chief. Now that I’m actually here, I can confidently say it’s been the worst experience of my life. I have too many awards that I don’t know what to do with. Before I was a columnist, I was a nobody. After being a columnist, I’m still a nobody, except now more people know that I’m gay.

I miss freshman me. Dare I say, I peaked at 14 years old. That version of me may have lacked numerous skills like common sense, but at least she excelled in entertaining herself. To all the incoming freshman, don’t take what you have for granted. All the upperclassmen who mistreat you are just jealous of how much better you have it.