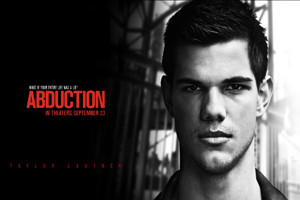 After watching his werewolf character in the “Twilight” saga, I was hesitant about watching another movie starring Taylor Lautner. But I was pleasantly surprised to watch him in the role of a legitimate action hero in John Singleton’s “Abduction.”

High-school student Nathan Harper (Taylor Lautner) feels like his life is one enormous lie. As he and classmate Karen Murphy (Lily Collins) browse through a website for a school assignment about missing children, Nathan comes across a picture of a young boy with identical characteristics. He is on the verge of learning the truth about his life when two assassins break into his home and kill his “parents.” Although Nathan safely escapes with Karen, he must figure out his identity before the assassins catch him.

This film is full of spine-tingling action scenes. In one scene, Lautner strikes an assassin in the jaw and forces him out of the window of a train. With his swift moves and alert martial art skills, he stays undefeated through the many intense and violent brawls he encounters.

Although there were some comedic elements, it was the action scenes and complex plot that made the movie enjoyable.The suspense of not knowing who Nathan’s biological parents left me cringing at the edge of my seat.

Young actors, Lautner and Collins, work well together and presented a thrilling movie. Director John Singleton is thinking about a sequel. Let’s see if it can match up to the intensity of the original.