Christmas(less) On how the holidays can be awkward for those who don't celebrate. 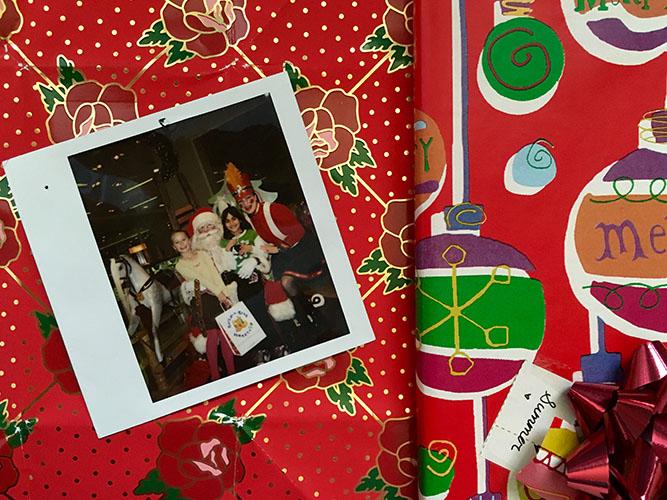 When I was little, I never believed in Santa Claus. I distinctly remember letting the big secret slip in front of one of my friends— the disappointment in her face made me feel so bad that I quickly had to try and cover it up as if I were her parent.

Christmas has always been just another day for me. Instead of waking up early to open presents, I would sleep in just like any other non-school day.

Being surrounded by a general air of joy and giving, the feeling that I was missing out on something was not uncommon. Everyone would be sharing Christmas dinner and exchanging gifts while I’d be sitting at home bored because practically every business establishment in the country was closed, and all my friends were occupied.

I always envied my friends who had perfectly trimmed Christmas trees up in their houses. Something about a beautifully decorated tree and twinkling lights to brighten up the house during cloudy winter months seemed euphoric to me, and the times that I did get to help decorate a tree or bake Christmas cookies were some of my happiest.

I may just be a bystander of Christmas, but it’s positive effects tickle me nonetheless.

Still, when I went home, there would be no tree, and I would feel excluded from all the “Christmas magic.” There was one year that Ramadan/Eid fell in December, but since then I haven’t had many reasons to embrace the holiday spirit. When I was younger, Eid usually consisted of going to the toy store and picking something out instead of unwrapping presents under a tree. Now, it is mainly just receiving some extra cash and a night out at dinner. I am grateful to receive anything at all, however, Eid traditions cannot be matched by the joyous aura brought by the holiday season (at least not when I’ve only ever experienced it in America).

In most recent years, the holidays celebrated in the Islamic faith have taken place during summer (as the date moves forward every year). Therefore, celebrating holidays like Eid do not feel quite as spirited when the majority of the people around me aren’t celebrating it, and there is not as much of an emphasis on it’s importance. This year, Eid Al-Adha fell in the middle of the school week, so I decided not to take the day off to avoid missing too much work, making it difficult to feel like celebrating at all.

However, as the years have gone by, Christmas and I have warmed up to each other. Despite the fact that my family does not celebrate it, my friends and I have created our own Christmas traditions. This year, I decided to embrace the spirit of the holidays and gave out homemade cookies to my friends and teachers; the amount of joy that such a simple act induced had me feeling extremely gratified.

While in the way many experience it, Christmas becomes less special as one grows older, the holiday season has had the opposite effect on me. I may just be a bystander of Christmas, but it’s positive effects tickle me nonetheless.