Ever since I was a little boy… Who defines what is "manly" or "girly?" 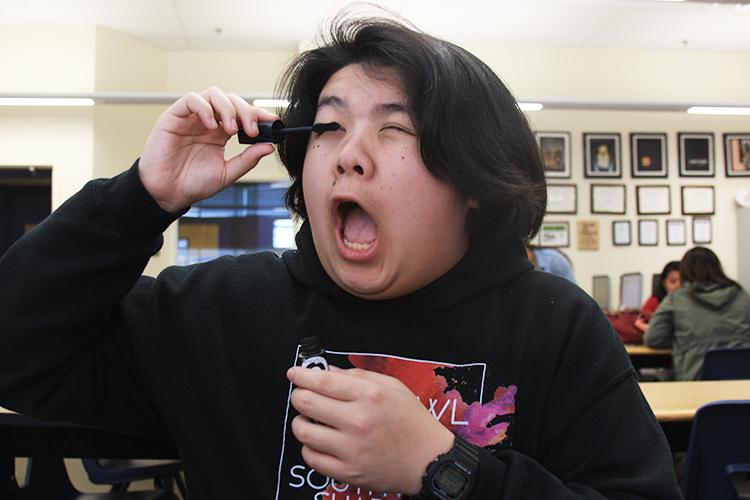 When I was younger, I always wondered why the male gender is not socially allowed to like the same things as women do. If I wanted to ride a bike during my younger days, I wouldn’t want one with flames and skulls. I always thought Ariel from The Little Mermaid was cool as heck, but if I rode around my neighborhood with streamers and bells on my bicycle—I would have a mean nickname for the rest of elementary school.

Furthermore, my sister always liked playing with robots and watching television, but I spent much of my childhood in the kitchen with my mother. We had no idea what gender role classifications and gender stereotypes were—we were too busy living out our childhoods. No one in my family ever saw that anything was wrong with the two of us, but the second we arrived at school for show-and-tell, pointed fingers and derogatory words would fill the classroom. Why is it socially unacceptable for a boy to bake a cake or for a girl to watch Batman all day?

Along with unfounded ridicule and mockery, being forced to follow established gender roles hinders the development of skills. If my parents had forced me to go to camp for my 5th grade summer break instead of reading and writing, I would have never learned that I read at a 7th grade level. That skill has been beneficial for all of my life, along with the lives of people like football player Abby Wambach and model Tyson Beckford.

Another skill that one might have is being good at sports—but sports like football and wrestling are associated with the male gender when in reality, not all men play sports. Due to this, a girl joining a wrestling team, with mostly boys, may become alienated from the rest of her peers. The thoughts that may come up in her mind are: “What if they don’t take me seriously? Do I have to be treated differently? Why is the female gender forced to like feminine activities?” The same can be said with men who want to become figure skaters and fashion designers instead of coal miners and construction workers.

Today, most people are civilized when it comes to gender role classification and stereotypes, but children seem to not get the bigger picture. I can understand that some kids are not developed enough to know what is politically incorrect. My point is parents don’t educate their children that they can “play” house and act out scenes from a Marvel movie regardless of gender.But children learn from who they are close to—their parents. Although a majority of parents are tolerant of gender roles, the occasional bigot might influence a child by saying “that’s so gay.” Some may argue that the elderly and busy parents of the world don’t have the time to learn about gender role classification. But since when did being considerate become such a burden?

For the most part, one’s personality cannot be subject to change, so why not just tolerate them? Instead of forcing another idea onto another, why not just leave it alone? The constant brainwashing of today’s youth by dictating what a man or woman can or can’t do is unjust. In fact, gender equality is a human right.

So if you find yourself wondering if what you’re doing is too feminine or too masculine, just know that if you love what you do then nothing can stop you from destroying kids in paintball or dominating those cake decorations. By having the freedom to not be restricted by social norms and gender roles, one can ensure a more larger variety of hobbies and career choices.