Gather ‘round children, this will be disappointing The 2016 election as told by future Vinh 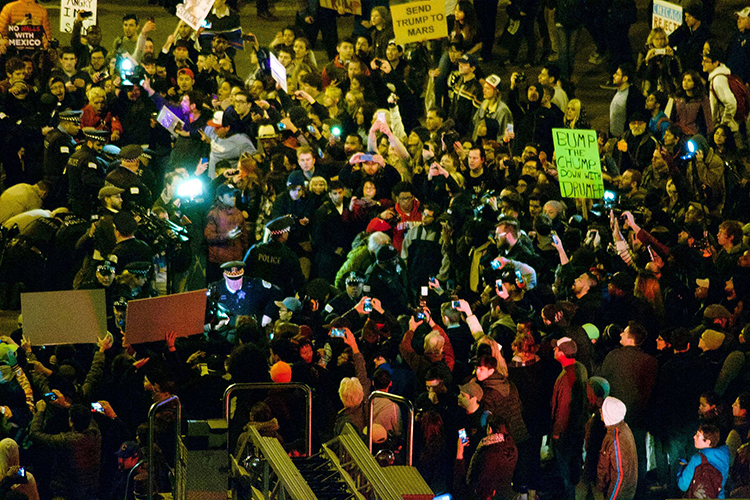 When I’m old and senile, there is one thing I won’t forget to tell my grandchildren about: the 2016 election. When the country mourned over a gorilla, ran across neighborhoods to catch virtual creatures and killer clowns terrorized teenagers, it was no surprise that an inexperienced businessman was elected president. Now here is what 60-year-old Vinh would say to his grandchildren about the 2016 election.

Now kids, as you all know, the United States was known as the land of the free back in my day. We were a strong democracy built by freedom from the oppressive British colony. America was free for about 240 years, and voting for our president was like a battlefield of insults. This was seen during the 2016 election where both the Republican and Democratic candidates exchanged numerous negative remarks about one another.

Democratic candidate Hillary Clinton was neck and neck with the republican candidate Donald Trump. According to polls and numerous endorsements by celebrities at the time, people were certain that she would win. I also expected Clinton to win, seeing how Trump’s despicable personality should have been an obvious red flag for numerous voters.

In an unexpected turn of events, Trump won and this is where we dwelled deeper into disappointment. You see kids, it was really the people who overreacted to the election who let down America while Trump’s personality is unappealing, the liberals and millennials were even worse.

They flooded the streets of every state you could think of: Philadelphia, New York and Los Angeles–each was a battleground of angry children arguing over something that they couldn’t change. They chanted, “not my president,” when they failed to realize that their protest would do nothing to Trump. As my U.S. World History teacher always told me, nothing can be changed unless Congress passes a law or the Supreme Court deems something unconstitutional.

Note that Trump was the president-elect, so Obama is still the president until January. Yet these protesters assumed that he would be the downfall of America. I’m no lover of Trump and never have been, but I don’t think he would be a terrible president.

On Veteran’s Day of that year, anti-Trump rioters were burning the U.S. flag at numerous locations. I’m no rocket scientist, but I’m pretty sure burning down the flag of the United States on Veteran’s Day is going a little too far. The constant whining and tantrums thrown by these protesters turned into a riot against the country. While there were a few peaceful protests where car windows did not end up being shattered, there were way too many trees working extra hard to replace the oxygen these people wasted.

The lesson here kids is that an overreaction is the worst kind of reaction. Although Trump may not be the nicest president, no one knew how terrible or well he would be at being the president. If for any reason you kids are disappointed, you should ask yourself this question. “What can I actually do to help?”