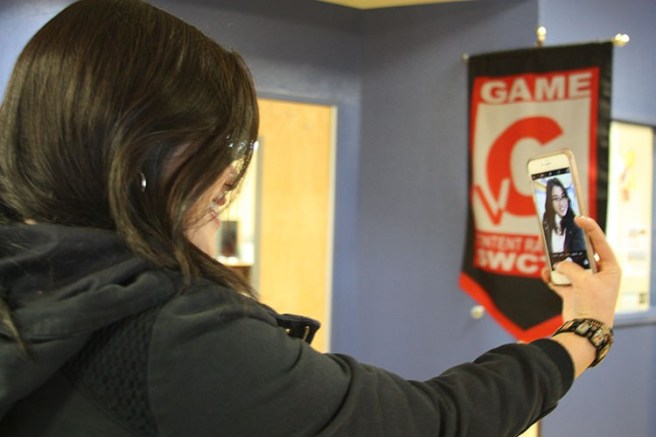 Recently, the term “millennial” has gained traction among the current generation of adolescents and is being used to refer to the last generation of individuals born in the 20th century. This generation of people, of which myself and my peers are included, is characterized by a world in which the Internet and certain technological advances have always existed. Due to this fact, we are subject to the criticism of adults who see our generation’s Internet usage as our downfall.

There are several facets to the way millennials utilize technology that these critics tend to ridicule; however, one of the most significant phenomenons cultivated by millennials which has caused backlash is the “selfie” (i.e. a photo/portrait one takes of oneself, usually using a front facing camera).

Although millennials are not the only ones who take and post selfies, they receive the harshest response for it. We are called narcissistic, arrogant and vain due to our use of social media to create an online persona.

Those who condemn others as self-absorbed for taking selfies are blinding themselves from the positivity this phenomenon has brought. A generation of selfie takers is not a generation of narcissists, but of people who embrace their individuality and self worth.

Additionally, selfies act as a way for those who are underrepresented or shrugged off in media and society to be seen and represented. For example, trending movements such as #BlackOutDay and  #TransVisibility encourage people of color and transgender individuals to post selfies and share stories to create positivity and uplift these ostracized groups. Something as simple as following people on Twitter or Instagram can draw a person out of their own head and into the lives of other people.

Although it seems like a trivial issue, putting down people for something that affects themselves and others in a positive way can be destructive and goes into something much deeper than pixels on a screen. We teach young people (especially girls and people of color) that self-hatred and insecurity are not only the norm, but are equivalent to humility. When given a compliment, we are expected to decline it, rather than accept it, because doing so would come off as arrogant.

The uprising of selfies and self-advocation through social media challenges these ideals and allows young people to embrace their self-worth and take up space (be seen and heard) in the public sphere rather than putting themselves down.

In “The radical potential of the selfie,” Rachel Syme declares, “Nothing destabilizes power more than an individual that knows his or her own worth, and the campaign against selfies is ultimately a crusade against widespread self-esteem.” Calling teenagers self-absorbed for taking selfies is lazy at best and harmful at worst.

While there are both positive and negative aspects of how the younger generation utilizes the Internet and social media, there are much bigger issues than the person on your Instagram who posts lots of selfies. Move past the negative dialogue that aims to make young people feel worse about themselves and embrace the power of the selfie.