Peace in the streets A march for equality 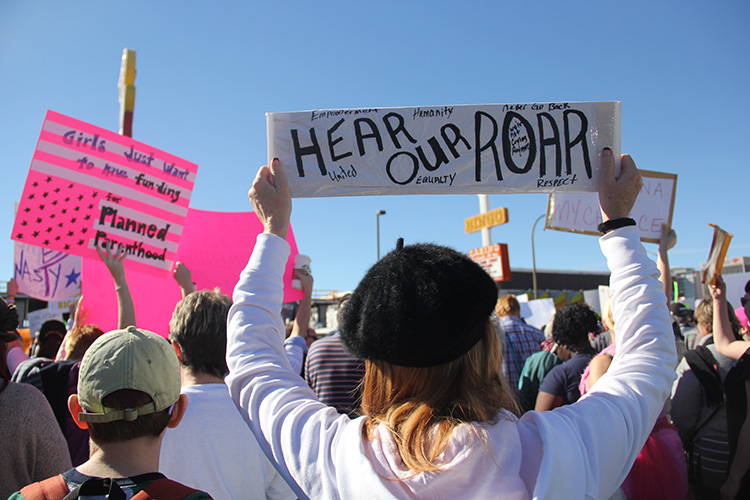 Sun bright. Heads held high. Signs towered over me as I marched alongside thousands and mimicked the way others took their steps with purpose.

This past Saturday marginalized communities united for the largest inaugural protest in history. With over 500,000 attendees in Washington, D.C. alone, the Women’s March on Washington was driven by a hope that convinced millions of voices across the world to fight for fundamental human rights.

Although I was unable to fly across the country, I did get a chance to attend the local Women’s March in Downtown Las Vegas with my mom and younger sister. As a teenager, I tend to deem my influence on the world as minimal, leading me to opt out on advocating for beliefs of mine. When I’m against a power that seems superior, I cower and do as I’m told. 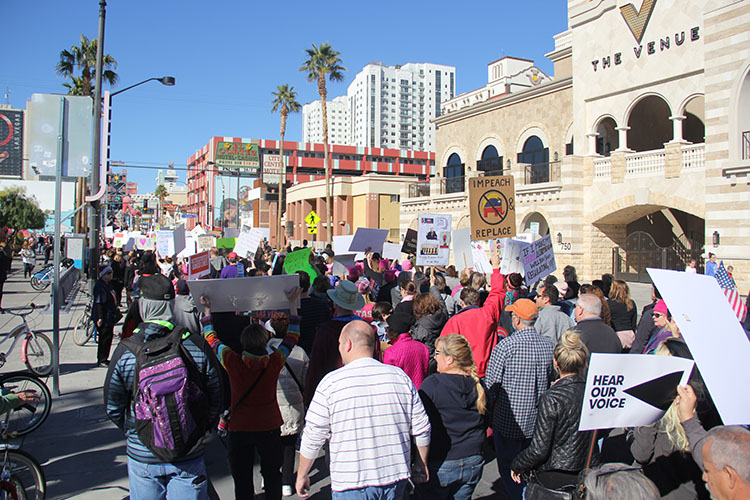 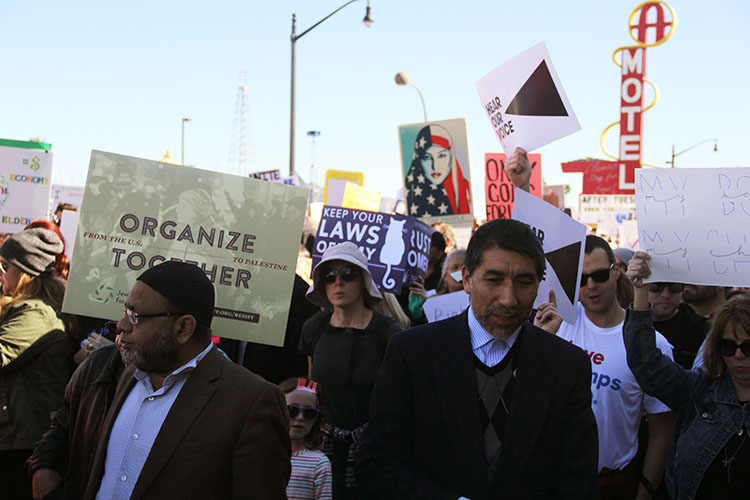 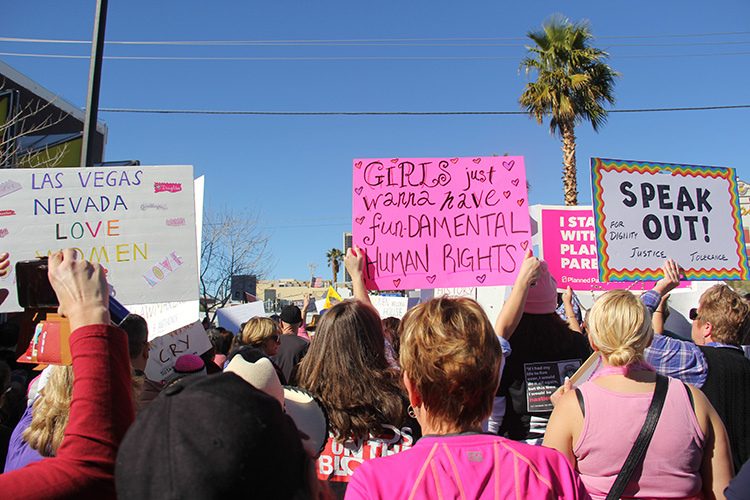 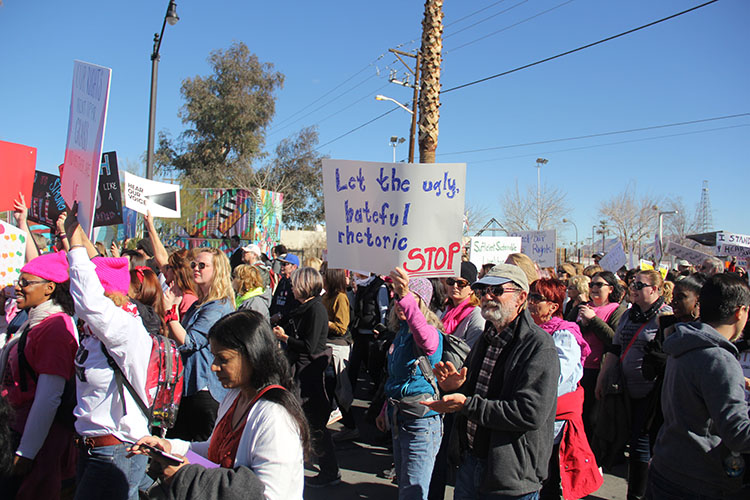 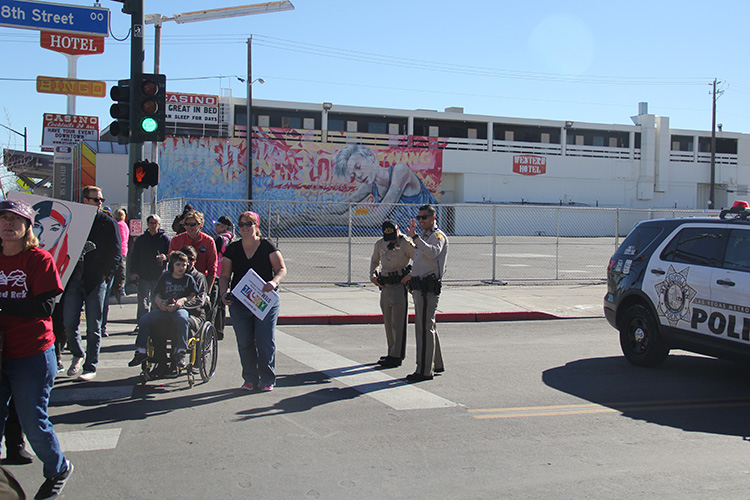 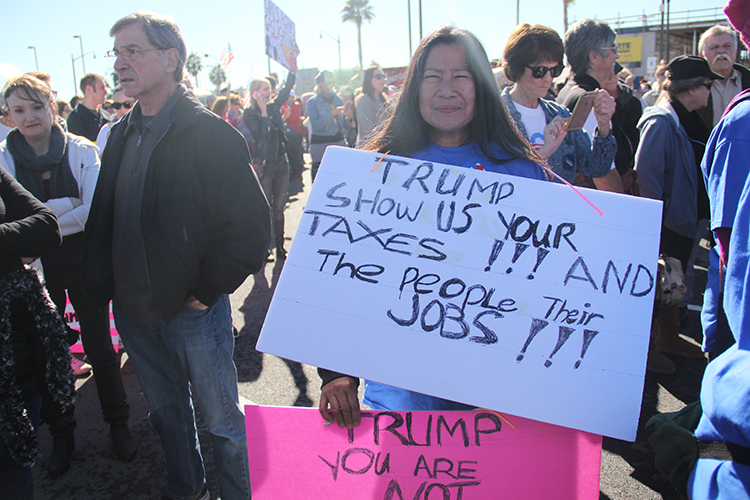 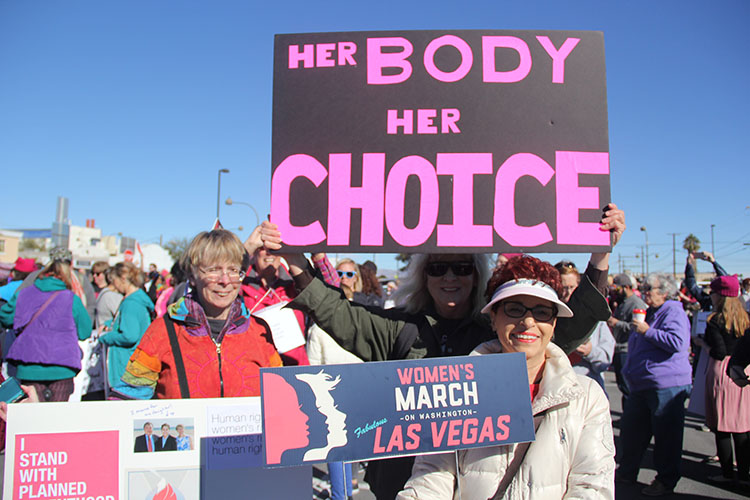 However, the crowd at the event propelled a level of confidence I wasn’t used to. They challenged the government with a noticeable lack of fear that seemed dangerous, yet inspiring. The passion in their refusal to back down made me question why I ever thought giving up would accomplish anything.

Hopeful for change, these marchers became their own source of empowerment. Gathering in numbers, they created validation for themselves to defend the causes they believe in. Regardless of their position in society and the prejudice they have undergone, they knew they were enough to make a difference.

Their strength wasn’t in wealth, but in the volume of their voices. Despite many being strangers, they stood together to represent one another in a battle to claim their rights. While a march alone won’t fix everything overnight, it’s a stepping stone for a future of possibility.

Often times, it’s this sense of ambition that gets lost when faced with a challenge. Many are quick to succumb if they don’t feel adequate, but in these situations, perseverance becomes integral. In order to achieve change, one must be willing to go through multiple stages of difficulties.

At the Women’s March, attendees sought to peacefully voice their concerns. Joining together, they magnified the influence of the person right beside them. What happens in Vegas will stay in Vegas, and cater to a growing safe space for a community of minorities. Although policies may still threaten their human rights, hope can’t be stripped from the population–it thrives at times when people do not.