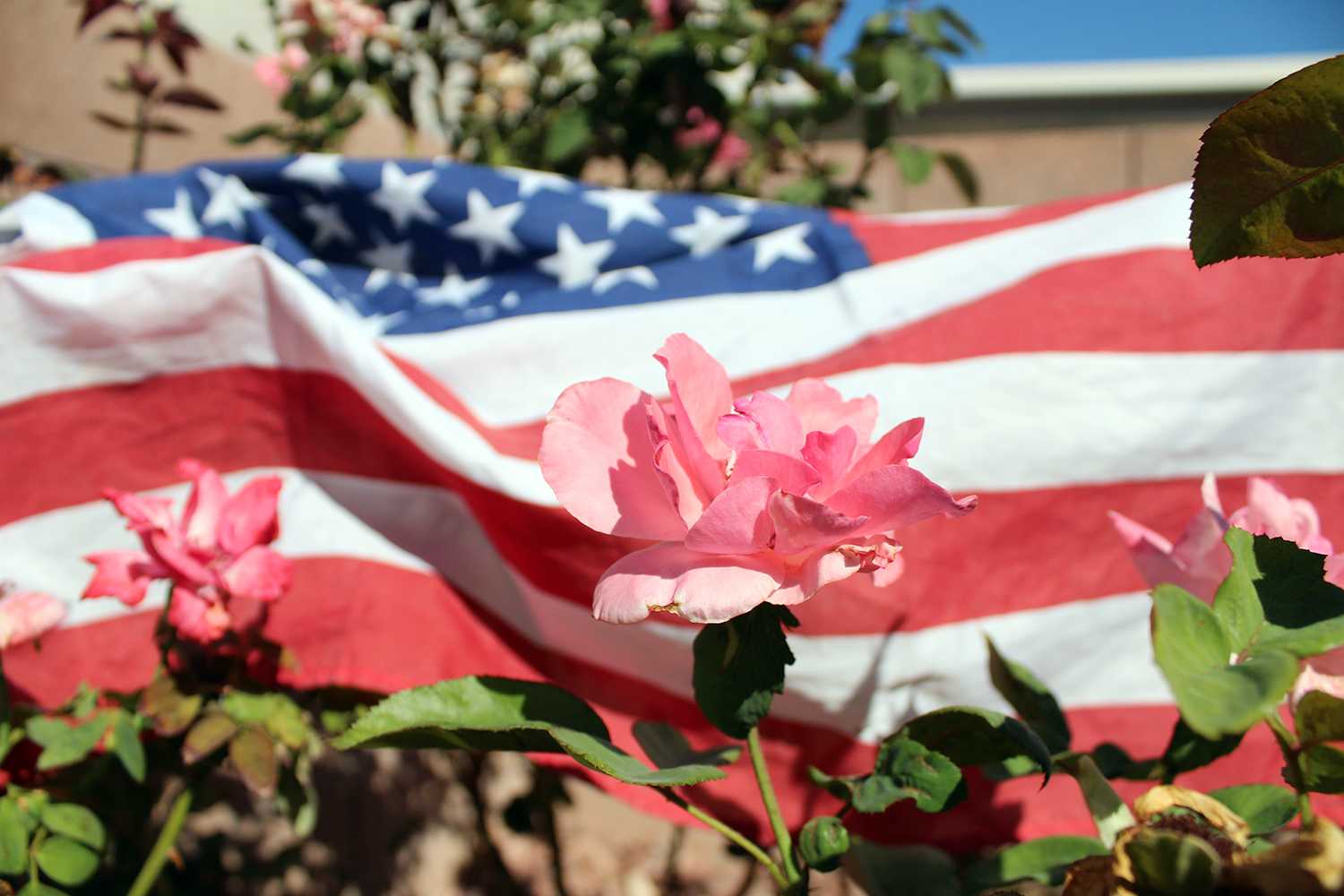 As activism blossoms, core American values remain as an underlying factor. I do not wish to impose on anybody’s First Amendment rights, but I do believe that these NFL protesters is going about the situation the wrong way by kneeling during the National Anthem. Photo Credit: Cassie Valdez

As broad stripes and bright stars gallantly stream in the air, NFL football players link arms in solidarity and bow their heads. This past week, players and owners joined one another on the field to kneel during the National Anthem. Although this demonstration was influential in its own respect, the most the NFL did was trigger a Twitter rant from President Donald Trump.

Silent protests like these are ultimately ineffective in provoking the change it advocates for. Similar to those in the NFL, a number of students purposely sit or refuse to recite the Pledge of Allegiance once it airs on the morning announcements. Arguing that they disagree with our current political leaders and their recent decisions, students justify their defiance for the sake of their opinion.

[perfectpullquote align=”full” bordertop=”false” cite=”” link=”” color=”” class=”” size=””]It’s great and all to amplify your opinion through a non-violent protest, but how much will that really change?[/perfectpullquote]

While I understand that protesters wanted to publicly disapprove of the government, this act of defiance hardly prompted any progress. The President can’t physically see you; he doesn’t even know you’re protesting. It’s great and all to amplify your opinion through a non-violent protest, but how much will that really change?

A myriad of people don’t realize that regardless of how much social activism they practice, nothing will change unless communication between both parties is ensured. Minorities and the government need to cooperate with one another and make compromises as needed. However, this generation is too stubborn to listen to their opposition.

Thinking they’re condemning the government and making a significant difference in society, teenagers forget that it’s not the system they’re offending but rather actual people and their families who have defended this nation on their behalf. For all you know, your classmate’s family member might have died in war.

In case you were unaware, not everybody involved in politics or the military is a conservative nationalist who prioritizes their own self-interests. There are people with genuine morals who run for office yet are ignored. There are people who enlist in the military for access to affordable education benefits yet are stereotyped as an imperialist. Quick to judge, people fail to consider the conflict from all angles because they prioritize their own emotional response.

If society is going to progress, people have to talk with each other rather than at each other.

Through these protests like kneeling during the anthem or sitting during the pledge, people end up polarizing themselves from other viewpoints, convinced only they can be right. If society is going to progress, people have to talk with each other rather than at each other.

I’m not saying that you are not entitled to your First Amendment rights. You have a right to kneel, a right to sit and a right to protest, but to truly incite change, you cannot be passive. Why not start petitions, contact local politicians or anything that involves taking an actual step forward?

Although finding a middle ground between stark differences is difficult, people must be willing to at least put in some effort. Attempting to silently get your point across won’t amount to any change. Instead of focusing energy on antagonizing other viewpoints, people must hold in their anger for the sake of compromise.