SATIRE: UF(Oh no) Alienate yourselves from the aliens 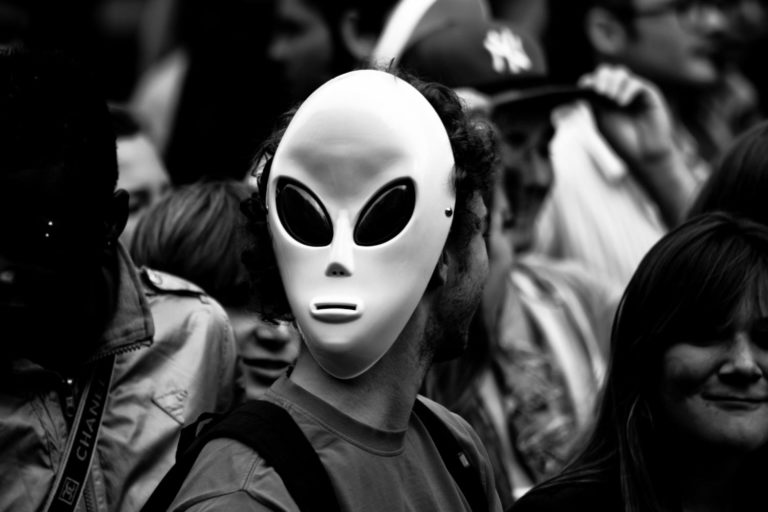 These recent fast radio bursts only confirm that we are not the only intelligent beings in the universe. For all we know, aliens could have already taken control, causing our human race to suffer without even realizing. Photo Credit: Tangi Bertin

This just in: 15 unexplained powerful radio pulses originating three billion light years away were recently discovered by UC Berkeley postdoctoral researcher Dr. Vishal Gajjar. Although some scientists say it may have been caused by exploding neutron stars or combusting black holes, astronomers are fortunately researching the most logical of all the answers–aliens.

My fellow earthlings, do not be fooled by what the media advertises. While E.T. may have seemed soft-hearted, aliens are actually sinister and ill-intentioned at their core. Trust me, I have been to Area 51; the excessive extraterrestrial visits there have left a perpetual negative vibe.

After analyzing the current state of earth, I believe I know why these all radio pulses are only occurring now. As our natural fuel reserves deplete, fatal storms destroy homes and politics divide our population, our gradual decline in unity and structure has become evident to the rest of the universe. We are practically asking extraterrestrial life to overthrow our planet.

According to my speculation, aliens will soon begin infiltrating our society (if they have not already). Disguised as humans, they will start by stealing our jobs and criminalizing our communities. Before we know it, they will invade all of our government’s right under our noses.

To ensure our own safety and possibly postpone the takeover, we cannot trust anybody without proof of birth or medical records. Fortunately, after performing intensive research on YouTube, I have accumulated a list of signs that may reveal the identity of any human impersonator.

First and foremost, their accent is evident. Often slurring their words, English speech is too foreign a concept for it to be properly spoken. Second, they will only likely take undesirable jobs, wanting to remain under the radar. I strongly suggest being wary of minimum wage workers. Lastly, aliens will likely reside in poor neighborhoods. Hoping to gain pity from wealthy humans, they only seek to advance in society and benefit off all our hard work.

To all humans reading this message, we have strength in numbers. While they may have advanced technology, we have persistent mindsets. As long as we reside, we must be the majority of this planet. It is our duty to uphold the purity of our human race even if that means demonizing a group of people. Under the traditional human views of classical republicanism, we must act on behalf of the common good. Sacrifices must be made in order to prohibit the alien minority from any access to higher powers.