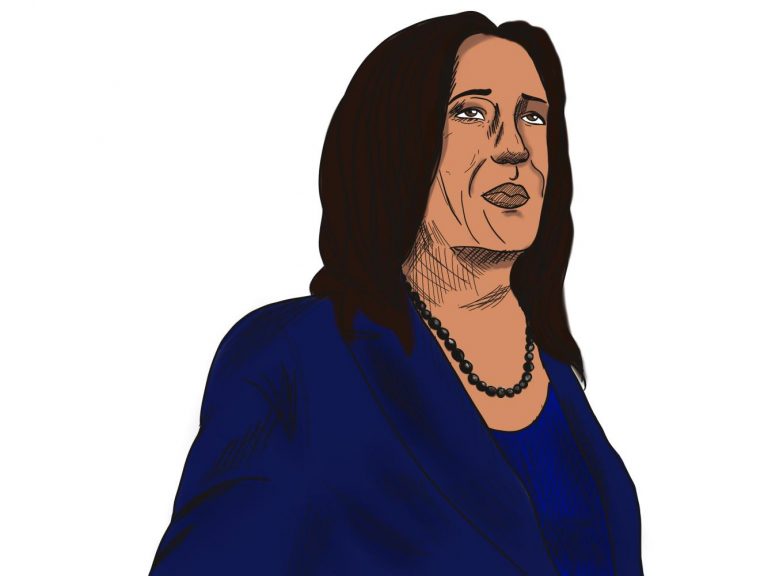 The tale of Kamala Harris is as old as the American republic—a child whose immigrant parents moved to the U.S. from their impoverished countries in search of freedom and economic opportunity. But Harris’ story is significant not just for how classic it is, but also because it marks a transition for the new American generation—the children of Asian and African immigrants assimilating into the American ethos.

For some background, following the 1965 Immigration Act, changes in the immigration system allowed for substantially more migrants from Asia and Africa to live in the United States. Over time, the two continents made up a larger share of the stock of migrants to the U.S., leading to the higher levels of racial diversity amongst younger generations.

Because of this, it’s safe to assume that I wouldn’t even be residing in the US if it weren’t for this law, and this applies to many of the people who make Las Vegas a great place to live. My parents are both Ethiopian immigrants, and I constantly heard (admittedly tiring) lecturing on the importance of me taking advantage of the blessing of being in the US and making something of myself. As irritating as those lectures may have been, it’s important to keep in mind that for millions of second-generation Americans across the country, Harris’ success speaks to the idea that if they work hard and play by the rules, they too can rise to the top.

I plan to enter a field—law—that is known for its lack of diversity. While that on its own isn’t a deterrent for me personally, it can be discouraging for many nonwhites interested in the legal profession. Having an Asian and Black Vice Presidential nominee who shared a common experience with many second-generation Americans obviously won’t fix these inequalities in law. But it will offer millions of people a role model in the second most powerful office in the country.

Senator Harris’ parents migrated to the US before the 1965 Immigration act, but that certainly doesn’t mean her potential rise to the second most powerful office in the nation is any less momentous. Harris’ ascent as not only the first woman of color on a national ticket, but as one of just two Black-Americans and the sole Asian-American on a major party’s ticket in history coincides with the rise of Asians as the fastest growing racial group in the country. I have little doubt that as historians detail the story of the assimilation of second-generation immigrants and Asian-Americans into the national project, Senator Harris will be an indispensable facet of that narrative.

Harris’ nomination to the Vice Presidency certainly isn’t the first time a major politician was tied to a rising group in the country. Senator John Kennedy’s election to the Presidency was enshrined that Irish immigrants and their descendants could hold American values just as dearly as their English compatriots.

Kennedy’s success then, and Harris’ success now, is noteworthy not just because it’s a positive change when ethnic diversity increases in politics—though that’s certainly a notable plus—they’re a good thing because they signify a broadening definition of what it means to be “American.” A definition of American that many didn’t think could apply to my parents when they were born.

Zaid Jilani, a political journalist and senior writing fellow at the Greater Good Science Center at the University of California, Berkeley, wrote a wonderful article on how first-generations immigrants consistently have higher rates of patriotism and love of America than native-born citizens. As the son of a woman who constantly opined on how much she loved America, that’s far from surprising. What can be surprising, however, is the level of vitriol that many immigrants face from people claiming to uphold American values.

When I’m backing up my stuff to go to college sometime in 2022, (assuming the virus hasn’t wiped out half the population by then) I’ll keep the hopes and ambitions that my parents embedded in me when I was young. Regardless of how much you agree with Harris’ politics, I hope everyone can agree that second-generation Americans across the country getting to see that that ambition can pay off is worth celebrating. Now I’ll cross my fingers that the same will happen to me.