Spreading like a virus Fear-mongering is a common problem 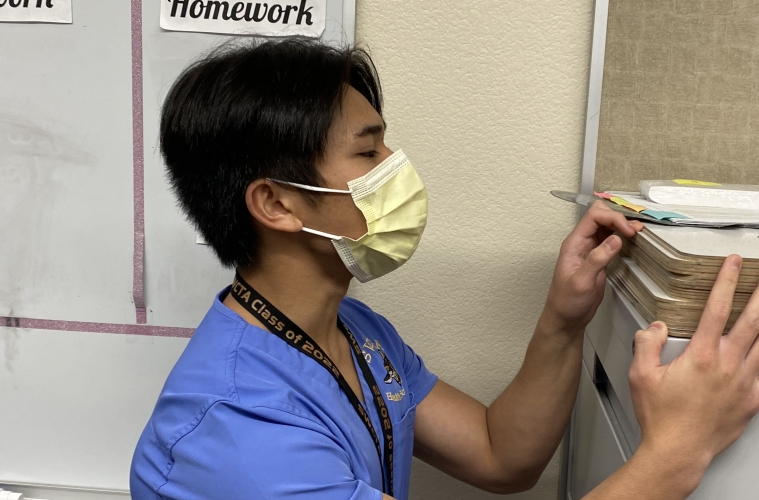 One of the most common trends that occurred in response to the coronavirus is the surge in face masks. While these tools do serve an important role in public health, their popularity is a sign of a wider societal issue of overblown panic and hysteria over the latest news. Photo Credit: Ahmed Ahmed

In the wake of the almost obsessive coverage over the coronavirus outbreak in China, it may be surprising to find out that the likelihood of anyone you know obtaining the disease is close to zero. While you wouldn’t know it if you watched the news, we live in what is almost certainly the safest and healthiest time in human history.

While the reaction to the coronavirus outbreak has been intense—with an increase in surgical mask purchases and actual live body counts by both the New York Times and the Washington Post—the reality shows that there’s little to be afraid of. This disparity between the amount of coverage that a subject brings and the actual threat of that subject is emblematic of a larger problem in media.

This kind of hysteria isn’t a one-off issue—it’s a systemic problem regarding media reporting and social media stirring fear for clicks. While the coronavirus grabbed headlines from coast-to-coast, what you’re much less likely to read about is the fact that we’re living in what is the healthiest and least deadly time in world history. In virtually every single indicator of human flourishing, from infant mortality rates to life expectancy, the world is getting better and better. Most relevantly, according to Stephen Pinker the rate of deaths due to disease has declined significantly over the past several decades.

Although it’s understandable why people and media figures are attracted to conflict, sensationalism for the sake of clicks and dollars actually cheapens discourse and hurts our country. For example, the panicked reaction that the media had in covering 9/11 gave way to policies and ideas that discriminated against Muslim Americans. Despite the incredibly small chance of a person being killed in a terrorist attack, Muslims are still subject to skeptical looks from onlookers in public places. Sensationalism isn’t just a formula for bad journalism, it’s harmful: just ask the Muslims who’ve been victims of hate crimes in the years following 9/11.

Bad coverage also means it’s harder for outlets to cover issues more pressing for teenagers, economically and socially. When everyone is focused on fake threats, there are fewer people willing to talk about criminal justice reform, or climate change.

If you’re afraid of the coronavirus, calm down; you’re basically as likely to get struck by lightning as you are to catch the virus. What you should be worried about instead is the pernicious effects of irresponsible journalism with regard to these outbreaks. That’s truly the biggest virus of them all.