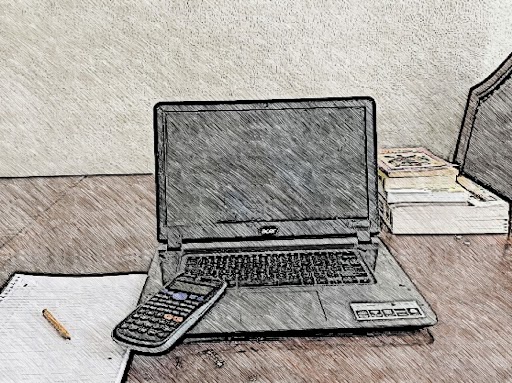 Say hello to your new classroom—it shouldn’t be too hard to find. Photo Credit: Ahmed Ahmed

Well, it’s official: After months of grueling anticipation, the Clark County School Board has officially voted to implement a full-distance learning model for at least the first semester of the new school year. I can’t imagine that the decision comes across as a major shock: with COVID-19 cases skyrocketing in Nevada and nationwide, preventing schools from becoming breeding grounds for the virus is likely necessary.

Let me be clear: as the son of an immuno-suppressed dad, I’m not exactly shedding tears over the cancelling of in-person classes. It’s critical that we slow the spread of the virus, and with the country jetting to over four million cases with little sign of slowing down, protecting the health of educators, students and parents is a must. With that being said, however, I still have questions over how the new school year is going to function.

One of my largest concerns is the future of extracurricular activities. As the president of the Speech & Debate team, I’ve been bombarded with concerns over how tournaments and meetings are going to be conducted. While I’m reasonably confident that we can have a somewhat-normal year, with tournaments being done over zoom, I fret for larger clubs that require in-person interaction. How will students in NHS and Key Club perform any of their activities? How will the Robotics team practice for competitions? Are all students on sports teams entirely out of luck?

While the decision to close down schools is a shrewd choice, having an honest conversation about the consequences is equally critical.

In addition to the importance extracurricular activities are for college admissions, what about the tests we have to take for those applications? While plenty of colleges are becoming test-optional for applicants due to the virus, does this mean that this year’s applicants essentially don’t have to take them? And more importantly, how on earth are AP classes supposed to work?

There’s also the fact that some classes simply can’t function as a fully-online course. While core classes like math, English and science can be taught electronically, there’s not really an ideal way to teach culinary through a computer screen, to say the least. My not being able to have an advisor actually taste the food that I make erases a key part of the class.

What’s possibly most disconcerting—at least for teachers—is attempting to grade students with the specter of cheating. Even if online classes are locked so students aren’t able to open new tabs when taking tests, it’ll be next to impossible to prevent students from looking up answers on their phones without some severe encroachment on privacy.

While the decision to close down schools is a shrewd choice, having an honest conversation about the consequences is equally critical. Let’s cross our fingers and hope that these questions are answered … at least eventually.