COLUMN: BIDEN, TAKE A COGNITIVE TEST Is the most powerful man in the world mentally competent to lead the nation? 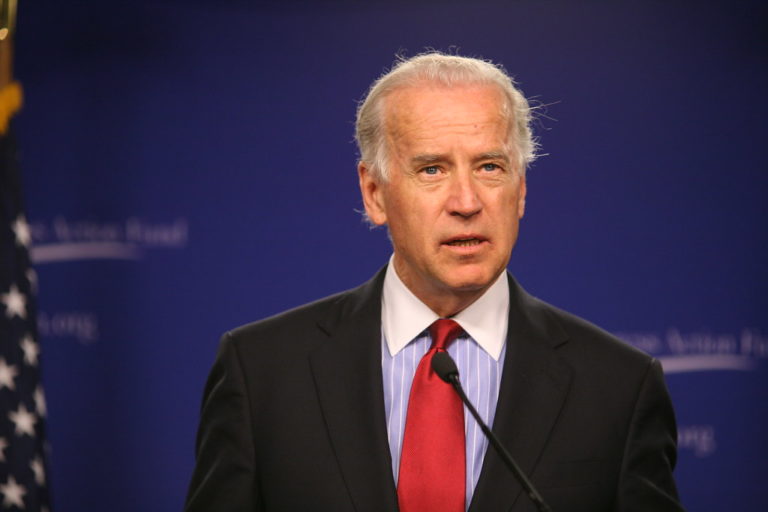 While Biden’s capacity for office continues to go under fire after his latest mess in Afghanistan, his approval ratings continue to plummet. Republicans across the nation are calling for his impeachment in this latest outrage over Biden’s well-being. Photo Credit: Center for American Progress Action Fund

There’s a fair share of discussion within the world of American politics about Biden’s mental competency. Most of the argument stems from the Republican Party, who’s made countless claims doubting the President’s capacity to serve. For starters, he’s currently the oldest president in history, inaugurated at 78, which doesn’t automatically mean he doesn’t have the caliber to sit in the Oval Office. Another point Republicans have is the fact that Biden has yet to release the results of a cognitive test.

However, it seems that his administration and the public goof-ups he’s constantly shown have continuously caught the attention of mainstream media. More recently, Biden’s botched attempt to withdraw from Afghanistan, which resulted in the lives of 13 U.S. service members and the loss of Afghanistan to the hands of violent, extreme terrorists, has re-sparked the debate on whether Biden is losing the capacity to hold office.

… it seems as though Biden is growing more incompetent each day.

In an unsurprising poll by the right-wing Rasmussen Reports, 53% of Americans don’t think Biden is mentally or physically able to be the president. I frankly have to agree, Biden has publicly screwed up so many times that it’s concerning to see a frail old man piloting the most powerful country in the world.

From Biden’s “You ain’t Black” incident, in which he told Black radio presenter Charlamagne tha God that those who struggle between picking him and then-President Trump “aren’t Black”, to stumbling over three times while trying to board Air Force One, it seems as though Biden is growing more incompetent each day.

And that’s not all folks, the Biden blunders continue. He confused Obama with Trump, completely forgot what he was talking about in one press conference, and one time started mumbling incoherently when talking about FEMA.

Going further from just speech slip-ups and name swaps, the average American can look at the “accomplishments” the Biden administration has achieved within his first year. In Afghanistan, Biden left an entire country to an Islamic terrorist group who are notorious for their crimes against humanity and civilians, wasting almost 20 years of effort to safely establish a stable democracy for the Afghan people.

…the lives of 13 U.S. service members and dozens more are in Biden’s hands…

Although I have stated before that we should withdraw from Afghanistan and that Biden’s decision was correct, the way he initiated and conducted the withdrawal is almost unbelievable. He oversaw the freakish frenzy at the Kabul airport, and left millions of dollars worth of equipment lying around for the Taliban to use. There were desperate Afghans who fell to their deaths while clinging on to the wheels of the plane while it was in the air. Biden assured the American citizens that a Taliban takeover was inevitable, yet Afghanistan is fully under control by the Taliban at this current second. And while evil terrorists taunt our nation with our own equipment, the lives of 13 U.S. service members and dozens more are in Biden’s hands for not having a secure and safe line of operation for evacuation.

But what causes Biden to have such disastrous blunders consistently? Several studies have proven that over time, our cognitive abilities and motor functions deteriorate as we age. Central aspects of communication, listening, and performing simple daily tasks may seem harder for the elderly than it seems to us, so being 78, which is far from the average age of 56 among U.S. Presidents, will definitely come with some health issues. These cognitive abilities, to be able to think, remember, and speak properly, are drastically used in almost every position in the government.

And the fact that the head of the government is having cognitive issues could result in some serious and detrimental problems for our country in the future.

It isn’t acceptable to have someone who has been proven to have serious detriments to his mental health possess such power of being President of the United States, a position so powerful that it has the potential to destroy the world and change the way of life as we know it.

So what could possibly be done considering we are talking about the most powerful position in the world? Biden should immediately take a cognitive test, something Republicans have been urging him to do, and release the results publicly. This cognitive test should include performing tasks that a normal president would be able to do flawlessly, such as giving a speech (with or without a teleprompter) without mistake, answer questions without notecards, or a simple test of his knowledge about world affairs. And if possible, Biden should be examined by multiple independent doctors to see if he is fit for office. Former White House doctor and GOP Congressman Ronny Jackson is already denouncing Biden for his blunder in Afghanistan and has already declared him “not mentally fit to be president.”

… the majority of Americans find him not fit for service.

Biden’s gaffes and blunders throughout his first year as president have definitely accumulated to the point where now the majority of Americans find him not fit for service. And even if he is proven to be mentally competent, Biden’s approval ratings are tanking through the floor: only 45.7% of Americans approve of his work. How long will Biden and his administration last? We may never know, but it’s almost certain that his first year as president is a complete wreckage.