Board games help students understand mechanics, game balancing Guidelines were not limited for the project 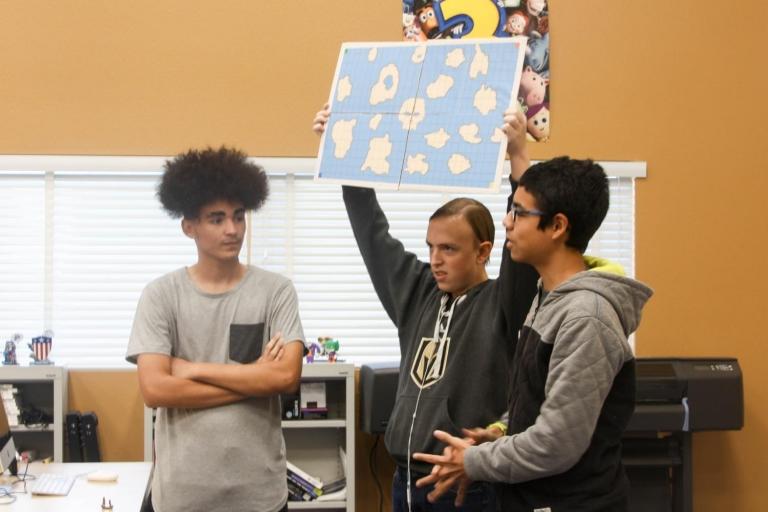 Creating their first non-digital game, sophomores in Video Game Development I are learning about mechanics and game balancing within a three week project.

“I’m suprised about the creativity [I’ve seen so far],” Video Game teacher Terry Lively said. “The kids liked it and even seniors came back asking about the project.”

Guidelines to the project were left open in order for students to use their creativity to make decisions they feel are best to showcase their game.

“The game could have been action based or a card game,” Lively said. “I like to leave [the options] as wide open as possible. They know it had to be a board game and I feel that if you had to put [too many guidelines in the project] then it seems too forced.”

Students were required to give a quick presentation with their group members before the class tried out the different board game prototypes.

“Our board game was called Plunder and it is a pirate game,” sophomore Memphis Smith said. “The idea for our game was based off a Spongebob episode and it took us about two to three weeks to complete.”

There will be two play testing days where students can try out the different games within the classroom.

“I like this project because being in game design it makes us better to make it a good game [for others to enjoy],” Smith said.