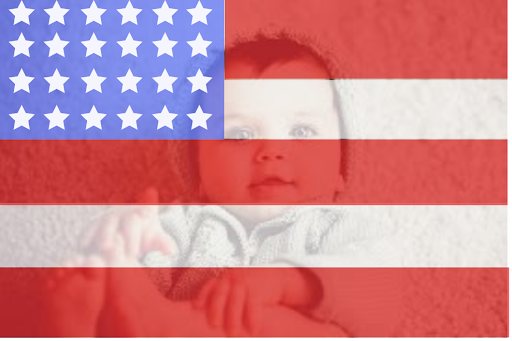 Every parent deserves to spend their child’s formative years with them. Paid family leave would allow them to do that. Photo Illustration Credit: Ahmed Ahmed

One of the most overlooked parts of the American Rescue Plan, signed by President Joe Biden a little over a week ago, are the cash handouts to workers and employers when an employee has to leave for medical or family reasons. The policy was overshadowed by the stimulus checks and unemployment aid, but it has the potential to be one of the most important facets of the bill, potentially paving the way for permanent paid family leave.

America is an outlier on the issues of family leave with it being one of the only countries on the planet to not guarantee paid leave to new parents. Though we’ve made a few steps forward, including former president Bill Clinton’s unpaid sick leave law in 1993, we still have failed to accomplish the end goal – which is disappointing, seeing as there are a myriad of benefits to the policy.

The time has come for America to guarantee paid family leave for all workers.

For one, working women often bear the cost of America’s stingy paid family leave policy. 53% – a majority, according to the conservative think tank American Compass – of married mothers prefer to have one full-time earner and one parent stay at home, especially poor and working class mothers. In an increasingly volatile economy, where childcare costs have been climbing for years, it’s critical that we provide more support to working mothers to give them the freedom to support and care for their children.

Paid family leave also benefits the children of the recipients. Years of research find that a lack of parental bonding can lead toseveral different negative consequences later in life, including behavioral issues and stress. One comprehensive analysis of different studies found a significant increase in delinquency as a result of lacking parental relationships. Parental leave solves this problem: when parents spend time at home instead of slaving away at jobs that they hate, it improves the cognitive development of children. Also, paid family leave reduces child mortality with little negative effect on the employment of parents..

Moreover, the benefits to children don’t dissipate after a few years. Paid leave in Norway lead to a 2.7% reduction in high school dropouts and a 5% increase in wages at age 30 for the child recipients – more than a decade after they became adults. Paid family leave can be the boost low-income children need to catch up to their higher-income peers in a country with one of the lowest social mobilities in the developed world.

There are few policies that can be described simply as a win-win but a paid family leave law really is an enormous benefit to both parents and children, with little reduction in employment. If Biden has trouble pushing his liberal agenda on the environment and immigration through a moderate Congress, he could look to paid family leave as a substitute for popular, bipartisan policy. It’s not hard to imagine such a policy getting majority support in even a narrowly Democratic Congress. And besides, what are the arguments going to be? That Biden is in the pocket of “Big mom?”