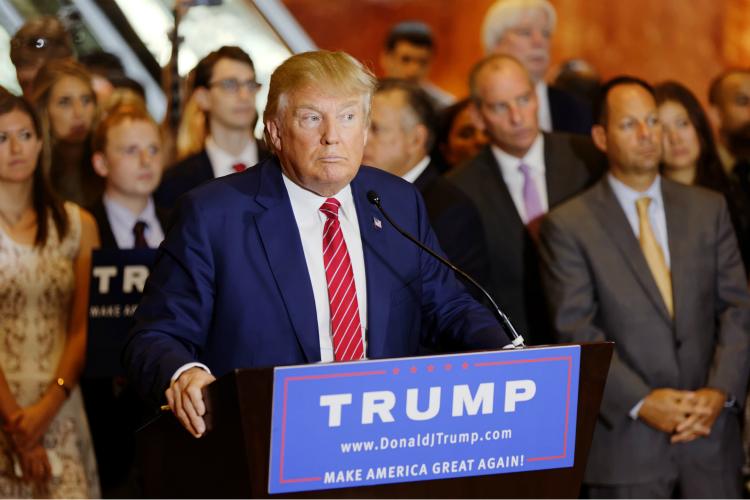 The school day started with a student crying in the hallway, worried that they and their parents would be deported as a result of America’s decision.

Democracy lost. Feminism and racial equality lost. Millions of Americans lost the security and faith they felt in the country they thought was their home.

69 percent of students at Southwest are considered a racial minority. In the hallways, in classrooms, the atmosphere is unusually polarized. While some students high five and laugh, most hold back tears and wonder how so much of America rallied behind a man who wants them gone.

With only 60 seniors old enough to vote, hundreds are left feeling helpless–they are forced to stand by and watch as a man who advocates the deportation of entire races, who declines climate change and who oppresses women accepts the heavy title of President of the United States.

We feel concerned about citizens who are irresponsible with their media usage and troubled by the man they elected.

This year marked record voter turnout and an unprecedented amount of attention on politics from younger generations. The 1400-odd students who are not able to vote, but so badly wish they could, are forced to face the realization that some of the fault behind this decision lies with their peers and close friends.

The results from the election blindsided many, but they’re not surprising when you take a look at social media and see citizens proudly announcing their write-in votes cast for Harambe, Shrek and other irrelevant figures. In an election so divided and influential, this kind of disrespect for the political system is inexcusable. People carelessly threw away a vote and boasted about it on social media, and treating the political system as a joke. 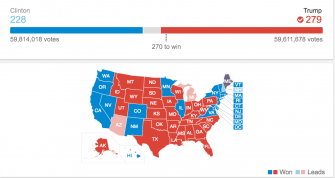 But this was a costly mistake. Because these citizens abused the U.S. Constitutional privilege and responsibility of voting and did so without considering the consequences, those unable to vote are paying the price.

With all three branches of government republican, little progress is likely to be made for minorities. Trump hopes to ban abortion and punish women who undergo the procedure, he speaks of banning Muslims from entering the country and his running mate, Mike Pence, is anti-LGBTQ and supports conversion therapy for those in the community.

The effects of these decisions will last for years to come. Long after this presidential term, we will still feel the effects of having a president endorsed by the Ku Klux Klan, who is facing sexual assault allegations and who had such damaging morals that millions of unrepresented Americans now feel rejected by their country.

Never before have hundreds of thousands of people held protests against the president-elect, nor have so many millions of Americans felt such betrayal by their neighbors and peers. And these people have a right to feel this way and to show their disapproval. Their fellow Americans let them down by wasting votes and allowing a man built on lies, apathy and disrespect to rise to the top of the political world.

Time and time again, Trump came through when no one thought he could. Through the caucuses and primaries, when no one took his campaign seriously, he managed to gain everyone’s vote. Somehow, the American people can look past his crude history and believe he has the power alone to fix America. Sadly, the American people once again did not take him seriously at the most detrimental time.

And now, in such a pivotal time in American history, it is up to those who had higher hopes for this country to take action. The country isn’t ruled by one person; in 2018, one-third of the Senate will be up for re-election, making it possible to reset the balance of the legislative branch. People can use social media as a platform to advocate for change, urging others to take political action. Citizens also need to play a role in their local elections and political meetings, taking part in politics in their community.

For some, this seems like the demise of America and democracy. However, we feel this is a chance to learn and realize the severity of politics. This is a time to become educated on America’s government and recognize the importance of every vote, and understand that no vote is worth wasting.

The positive outcome of this situation is that people will come together in order to overcome adversity. As long as people continually remind themselves and others that unity is essential in a time of hardship, whether through social media or in person, citizens can maintain hope for a different future. All is not yet lost, and as long as the public remains involved, we can form a government we feel secure in.