Enthusiastic, flourishing actress: Meet Franchesca Ramirez Dedicated to improving her performance as well as progressing in her career 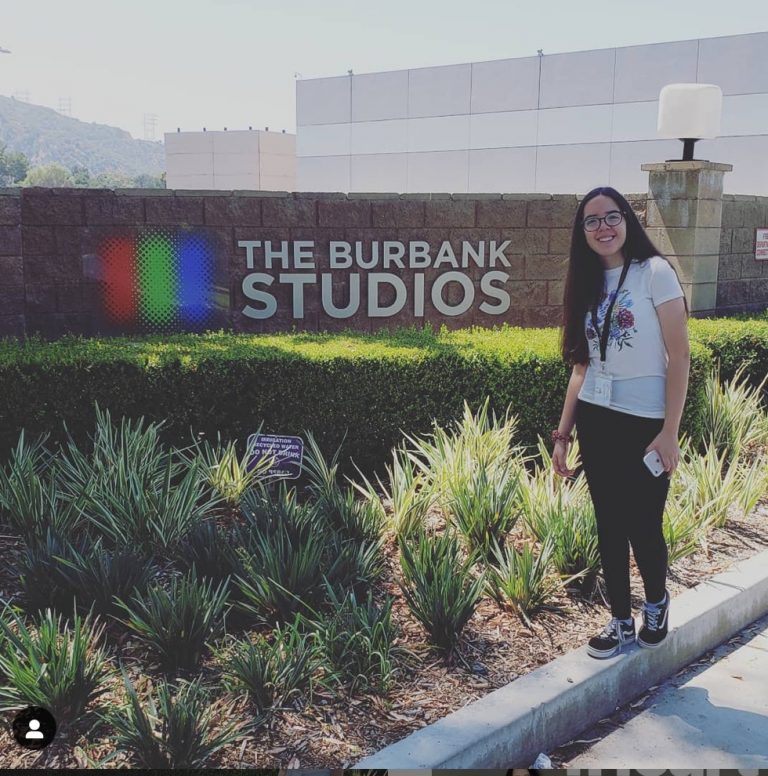 Getting ready for a new day and challenge, junior Franchesca Ramirez prepares to attend another audition. Nervous yet excited, she builds up the courage to go up onto the stage and perform as if she would any other time at her acting classes. Ramirez tells herself that it’s an actor’s job to tell a story for the audience and begins taking on the persona of her character.

Starting off her career in acting at Hollywood Kids Academy in 2014, Ramirez now attends sessions at Hollywood Access Inc.

“I did a workshop with Eric Allen Kramer once from ‘Good Luck Charlie’ and he told me I did really good, that’s when I knew I wanted to continue,” Ramirez said. “I think another thing that got me into acting was Marvel movies because fans get so connected with the actors and the characters they make, to the point where they cry in the theater.”

After about a year of training and shooting professional headshots, Ramirez signed with Ideal Talent Agency and had to travel to California in order to make and sign her contract.

“I had met with the Ideal Talent Agency once before a year before I got signed and they wanted me to get as much training possible,” Ramirez said. “And then a year later I met with them again and they signed me. At this point, it is literally my life and I couldn’t imagine myself doing anything other than that.”

Throughout her life, Ramirez has done multiple castings, interviews, auditions and has dealt with rejection and success multiple times.

“My first ever real audition for a large show (I can’t say the name because the show hasn’t been released) was sent to Carmen Cuba, who cast ‘Stranger Things,’ and to this day, it was still one of the hardest auditions I’ve ever done because it involved things like bawling my eyes out and screaming,” Ramirez said. “Although I didn’t get the part because I was too young, Carmen Cuba personally reached out to my agents and told them she loved my video. She is an academy award-winning casting director and she loved my first real audition, so that made me really happy. ”

With school, extracurriculars, and acting, it can get challenging for Ramirez to balance everything in her life.

“It’s been really hard to balance everything that I do on a daily basis but I’ve had to make sacrifices to get things done,” Ramirez said. “Sometimes I have to cancel plans with friends or school activities because I suddenly find out I need to be in California the next day to audition at Universal Studios. Thankfully I have really great teachers who help me work around my schedule, and because of the pandemic this year, I don’t need to travel to California as much and miss school in the process.”

Ramirez will be doing a short film soon for the Russo Brother’s short film competition and with the encouraging words from her loved ones, she has been able to pursue these opportunities.

“I am so fortunate that my parents and friends have supported me throughout this whole journey,” Ramirez said. “I have some friends who are also actors, but the ones that don’t literally want me to succeed so much and understand that sometimes I can’t hang out with them that week because of auditions. My family is the best and they travel with me to and from California whenever we get a call saying that I need to be there by the next day or five days later. My parents and I even have this tradition that every time we go to California for an audition we go to Porto’s.”

Besides getting mentioned in Olivia Rodrigo’s Instagram story, meeting with Eric Allen Krammer from “Good Luck Charlie” and interacting with casting directors who gave Disney Channel and Nickelodeon kids their start, Ramirez has booked some public films and shoots.

“I did a short film about a year ago and I’m going to be filming another short film in about a week. I also did some modeling and I was on the back of all the LVL UP convention because I was modeling for GLOW-ZONE, so everyone who went now has a copy of me playing arcade games,” Ramirez said. “Before the pandemic, a show I was going to be working on was about to start filming but then the pandemic hit and because of me being in Vegas, I couldn’t go out to film and I lost that opportunity.”

Ramirez has been to almost every major studio in Los Angeles, such as Universal Studios, Burbank Studios and CBS Studios, and reminds herself to push through the struggle of rejection.

“There was this one time about two years where I was doing a romantic scene with someone and a huge casting director was watching us act and we just had no chemistry and it was really bad,” Ramirez said. “I felt so bad and I thought I would never make it, yet since then, that casting director has called me multiple times to audition for shows she is casting. I just had to remember that every audition is an opportunity, even if I don’t get it.”

Ramirez has been able to channel her knowledge and advice over to the people around her and remind them that being able to feel a strong emotion towards something can help one be more passionate about what they are doing.

“Acting is never an ‘overnight’ thing,” Ramirez said. “People get this idea that overnight sensations happen, but that’s never the case. Most overnight celebrities have done a bunch of small jobs that most people haven’t seen, and they have been working for years. I think the best advice I can give is to someone who wants to be an actor is to find ways to act. Start filming yourself with scripts you find online or pieces of a television show you like. The best thing you can do is just throw yourself into it and see if you really are committed to it because it is a huge commitment.”