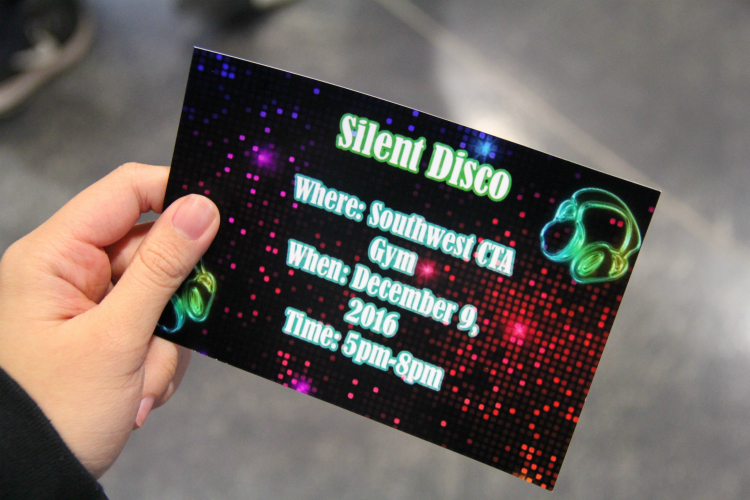 Due to a lack of ticket sales, the Silent Disco schedule for Friday, Dec. 9 has been cancelled.

“The equipment [headphones] comes from the East Coast so there was a concern that it wouldn’t arrive in time because of snow,” Student Council adviser Miriya Julian said. “Another reason is because very, very few tickets were purchased– like five tickets.”

With few tickets purchased, StuCo was unable to cover the cost of the headphones.

“We had to prepay for $3600 worth of equipment so with us cancelling and rescheduling, we were able to get some of our money back,” Julian said. “Based on selling five tickets, we weren’t going to hit the numbers we needed to.”

However, members of StuCo have decided to test out the Silent Disco at Coyote Coachella to give students an idea of how the disco works.

“We’re going to incorporate a Silent Disco into Coyote Coachella, so we’ll order a few headphones and maybe when people see it at Coachella, they’ll understand it better,” Julian said. “I think people imagined the dance like hanging out in your bedroom listening to music through headphones but it’s not, it’s an actual dance with food. I think if we showcase it at Coachella and then do it next school year, it’ll be better.”

“We’re doing many of the same things we did last year with food, live music from our students and art along with games and photo-ops,” StuCo Class of 2017 Vice-President Lindsey Zangler said.