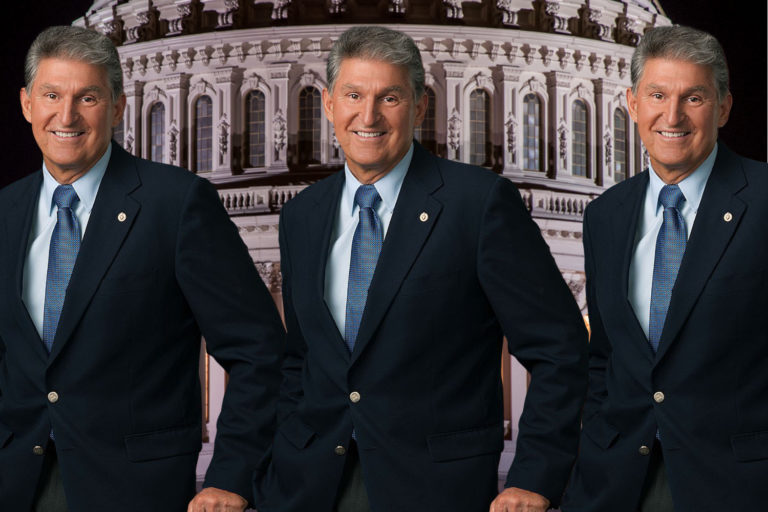 “I’ve never been a liberal in any way, shape, or form.”

The defense from West Virginia’s senior senator came as he was under fire from the Democratic Party’s more progressive members over his opposition to the $3.5 trillion reconciliation bill. It’s easy to see where Manchin is coming from: he’s almost without question the most conservative of the Senate’s 50 Democrats. He’s the only one who hasn’t endorsed gay marriage or the Equality Act. He identifies as “pro-life,” slammed even moderate environmental regulations and opposes restoring the taxes on large corporations to the Obama era rate. He was even open to voting for Trump last year, whom he sided with on legislative battles most of the time. It’s entirely understandable why Senator Manchin attracts so much anger from the rest of the Democratic caucus.

But understanding the Mountain state’s moderate gladiator requires much more than just looking at where he breaks from the Democratic agenda. Manchin’s chaotic political career may very well end with the senator being a crucial vote for the most sweeping progressive agenda in modern history, despite hailing from the second most conservative state in the union.

Manchin, first attaining elected office in 1982, and first being elected to the Senate in 2010, has watched as his state leapt from a Democratic-leaning swing state to more willing to vote for Republicans than anywhere else. The Democratic Party’s shift left on the environment, gay rights and gun regulations made the state’s religious, working-class counties vote unanimously for Republicans in the previous three Presidential elections. Over the course of the Obama and Trump years, West Virginia kicked out every statewide Democrat they had in elected office.

Every one, that is, except for Joe Manchin. His personal brand as a maverick and personal connections in the state have helped him resist the partisan tidal shifts that swept away every other Democrat.

This all shines a very different light on Manchin’s voting record. Despite being West Virginia’s senator, he voted against both of Trump’s largest legislative pushes – repealing the Affordable Care Act and a big corporate tax cut – and voted for Biden’s March coronavirus stimulus bill. The bill that, for the record, kept 3.5 million kids out of poverty and sharply cut hunger.

Is his blocking of Biden’s agenda aggravating, especially when so much of the bill – paid family leave, extending the child allowance and lowering the Medicare Retirement Age – is great? Sure. But as liberal policy analyst Matthew Yglesias notes, Manchin is in favor of far more spending than Barack Obama was a decade ago, indicating that Manchin’s moderate politics are far less conservative than progressives say. He’s stated that he’d be willing to support a bill as large as $1.5 trillion in addition to the bipartisan infrastructure bill. His opposition to the current bill may be because he believes that it’s too large, but $1.5 trillion still provides considerable flexibility for Democrats to improve people’s lives.

The infrastructure bill is, for the record, also great. It includes tens of billions of dollars for cleaning up toxic waste, rural broadband and most importantly, replacing lead pipes. Lead is one of the premier social problems America is facing right now, and the bill to clean most of it up has the votes of over 60 senators, including Manchin. Isn’t that an accomplishment?

If Biden ends up signing both the infrastructure bill and some $1.5 trillion dollar safety net compromise, it’ll end up being an enormous success, both for Democrats and for the country. Manchin, despite coming from a ruby-red state, will be the crucial 50th vote in the Senate if something like that ends up happening. And even still, the vast majority of his criticism comes from the left. And that’s exactly what makes him the GOAT – he can wear conservative credentials about stopping the radical left in his party, while still saving his country.