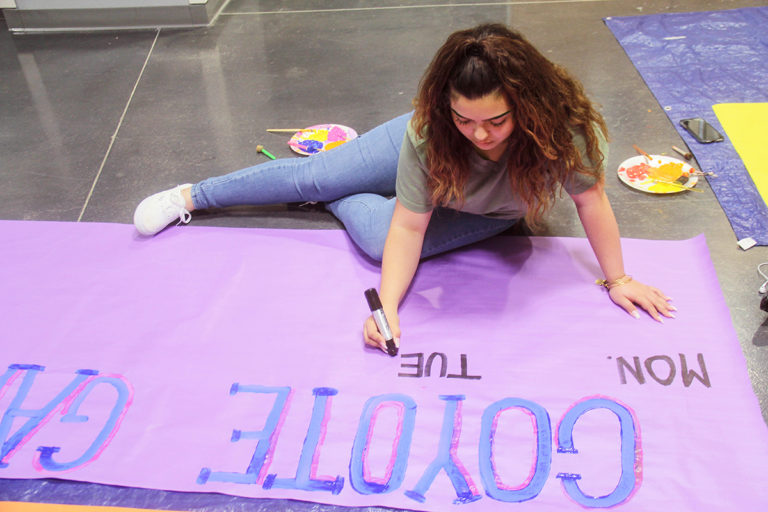 Sophomore Diana Hernandez is the new Class of 2018 PA Senator. Hernandez ran unopposed for this position. "It's a great way to capture the memories of the junior class and to look back at the fun things we've done," Hernandez said. Photo Credit: Sofia Islam

With over half of the candidates running unopposed, nearly all of the positions for Student Council have already been filled.

“We still have to fill out all of the paperwork, but we don’t have to make posters or present a speech in front of the school,” Student Body Secretary Zoey Kriethe said.

Out of 12 class officer positions, only seven have multiple candidates: Class of 2018 Vice President, DA Senator and Secretary, and Class of 2019 Treasurer and DA Senator. All six student body officers ran unopposed.

“I think so many people are running unopposed because people have been happy with a lot of the officers,” Class of 2018 President Alyssa Colligas said. “There are also a lot of events StuCo is in charge of and people may see all the hard work and dedication it takes to make them happen.”

The only requirements candidates must meet to campaign are to have an application signed off by their class adviser and be a StuCo member for a certain length of time.

“There are certain rules for certain positions,” PA Senator Marybeth Maguddatu said. “Student body officers need to be in StuCo for at least one full year. Class presidents and vice presidents need to be in the class for one semester. Senators, treasurers and secretaries can run even if they aren’t in the class.”

New officers for the Class of 2018 and 2019 will be announced next week, and voting can be done here. Officers for the incoming freshmen will be elected at the start of the upcoming school year.

“The incoming freshmen go through a meeting and then it’s based on a vote by the students in that meeting,” Maguddatu. “They raise their hand if they want that position and then are appointed to it.”

Once positions are decided, the new appointees will shadow current officers to know what to expect for the next school year.

“The current student body president will slowly start teaching me things that I have to do as president,” Student Body President Courtney Jersic said. “For example, every month, we have a president’s meeting and we go meet with other StuCo presidents to share ideas to see how we can improve our council and other councils. I’ll also play a larger role in Coyote Congress.“