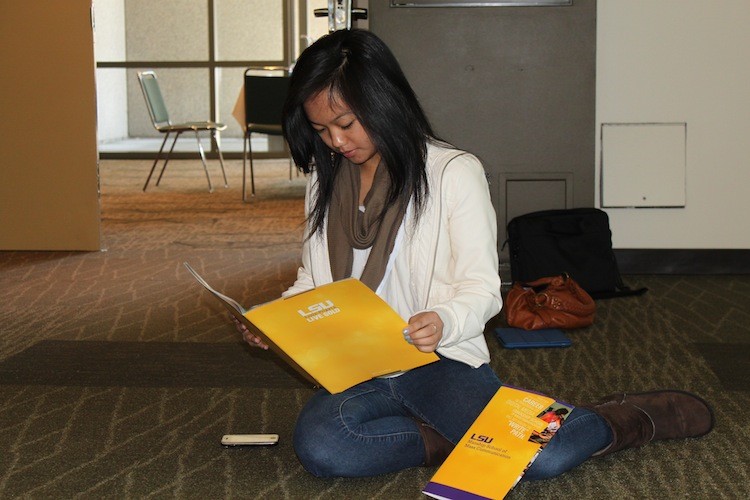 With almost 4,000 colleges for students to choose from, the college search process can be an extremely daunting task at first. To lessen the stress and frustrations of trying to find schools, it is important to know what you want and know what school fits you. Many students pay thousands of dollars at a prestigious university, but later change schools after discovering that university was not suited for their interests rather than their budget. This breakdown will help ease the process of finding a school that fits you, your personality, and your needs.

Next, consider the option of attending a private school over a public school. Public schools tend to have more financial troubles because of their dependence on government funds. Private school tuition is much greater than the tuition of a public school, but private institutions statistically give students greater amounts of financial aid and scholarships.

Another less notable option for attending a post-secondary institution is the historically African American colleges and single-sex universities. HBCUs, as they are commonly known, provide an accepting learning environment rich with history and culture. All male or female schools provide students with an atmosphere of unity amongst the student body.

If the thought of living in a big city or rural town becomes a cause of worry, consider the school size. Large schools may have over 15,000 students, while small schools have less than 2,000. Not only does the size of the city and school affect lifestyle habits, but it also affects education. A big school is more likely to be home to larger class sizes, rather than a small school with small classes and a more individualized education.

Whether a homebody or an adventurer or someone who wants to get away from the family, location of a university is crucial in choosing a college to attend. Sit down with fellow family members and discuss the maximum distance to be apart. Also consider location in regards to the event of an emergency. If you are injured in a car accident and you don’t have family near, things could get very complicated extremely quickly.

While some schools require freshmen to live on campus and offer guaranteed on-campus housing, it is important to take into consideration the cost-of-living in the surrounding area and the accessibility to grocery stores, gyms, and other frequently visited locations. Obviously, a rural area will have less access to giant superstores like Walmart. In addition, public transit can be a valuable tool while in college, especially if your university of choice does not allow freshmen to have vehicles on campus. If you have the opportunity to visit the campus prior to applying or committing to attend a school, walk around the town, use public transportation, and “pretend” that you are in college to determine if you could picture yourself living there every day.

College is not just about the parties and the possibility of meeting a future spouse; it is focused on the education of individuals and the preparation for the future. The academic caliber at each university is different and the majors and specialties offered vary. General majors like education, English, and politics can be pursued at most, if not all, post-secondary institutions.

Specific majors like Human Resources Management and Decision Making are unique to a few schools, so it is important to decide what major to pursue and which universities offer it. Furthermore, each institution is unique in the fact that different study options are offered. Many universities offer independent study opportunities, dual majors, accelerated degree options, and study abroad programs.

Finding a college with several sports and activities that suit one’s interests may be one of the most essential aspects in choosing a post-secondary institution. People may develop a passionate interest for a sport during high school and may want to pursue that sport in college. If so, it is greatly recommended that one looks for a college with that sport. Typically, however, a student will be recruited by a college scout that will invite them to play for their school’s team. Let’s say you are not one of the lucky ones that were asked to join a school’s team, an upcoming college student is more than welcome to try out for intramurals, if the school one plans to attend has this option.

“All of our players that have a scholarship have been recruited for years, sometimes starting in freshman and sophomore years in high school,” Jennifer, an Ohio State University athletics representative, said.

“Greek Life” is another popular avenue for student involvement. Sororities and Fraternities provide students with a way to become more involved and more connected with their school. These groups a based off of tradition which leads to more of a family feel. Moving to a new place with new people can be tough and becoming a part of a Greek Like gives new students a way to feel welcome and form an instant bond with the other members.

Most assume that for the best education possible, you need to go to an Ivy League school. Though Ivy Leagues are prestigious for their top U.S. and world rankings, each university offers its own opportunities. However, all Ivy Leagues are on the east coast and New England.

“The Ivy Leagues are greater, such as, Cornell, Princeton, and Harvard. These are more prestigious, but they are on the east coast. But, if you live out West, Stanford University is more Ivy League,” Jason Julian, Human Resources Liaison of the Department of Energy, said.

Ivy Leagues provide students with a more rigorous curriculum that prepares students for the challenges of the future.

“If you have one person from an Ivy League and one person from a state university, you come to think of that person who goes to Ivy League to be more challenged and have a better education. It’s a higher level of rigor and probably more accurate [for future careers],” Julian said.

If you have ever taken an Advanced Placement test, International Baccalaureate test, the CLEP exam, or have a GED in lieu of a high school diploma, it is suggested you look at which universities accept these items.

“Usually 4s or 5s on AP tests result in some sort of credit. It really speaks to the level of what we expect our students to do in those classes. We just also want students to achieve in that course what would be equal to actually taking one of our courses here on campus,” Brent, a Georgetown University admissions representative said.

Additionally, many universities accept transfer credits from other post-secondary institutions. Contact an admissions representative to learn about the transfer requirements and procedures.

Unfortunately, one must realize the colleges they plan on attending may be out of their range financially. When it comes to applying, research the estimated cost of attendance for four years. Try not to reach for a college that is too expensive, since most still pay for their tuitions after their years in college.

“A lot of students don’t consider value. Unless you’re getting what anybody on the street gets at the same value, take a look at the institution that would give you the best buck. When you’re on campus, make sure it feels right too. There are also grants and scholarships that make it seem better initially. For a four year cost, make sure you benefit it out,” Associative Executive Vice President of Phi Delta Theta Sean Wagner said.

The Free Application for Federal Student Aid is available each year in January for students and their parents to file for student aid. The FAFSA grants loans and scholarships based on taxes, family income, and household size.

“We look at family budget to determine an EFC, estimated family contribution, to determine how much your family can support you,” Anita, a financial aid representative at the University of Nevada, Reno said.

Another option to fund a college education is through work-study programs. These programs are available at universities throughout the nation, as they are mainly funded by the federal government.

“There are specific jobs on and off-campus that are sponsored by the government. Because of that the employer doesn’t have to pay all of your wages,” Amanda, a student financial aid representative at Georgetown University, said.

To ensure students are successful in their academic endeavors, many universities provide students with tutoring and counseling services. Moreover, academic advisors are available as a student resource to help students plan their upcoming classes and schedules so the student will stay on-track for graduation.

The following story has been recognized as “superior” by the JEA during the 2012 JEA/NSPA Journalism Conference for “Online News Packaging.”