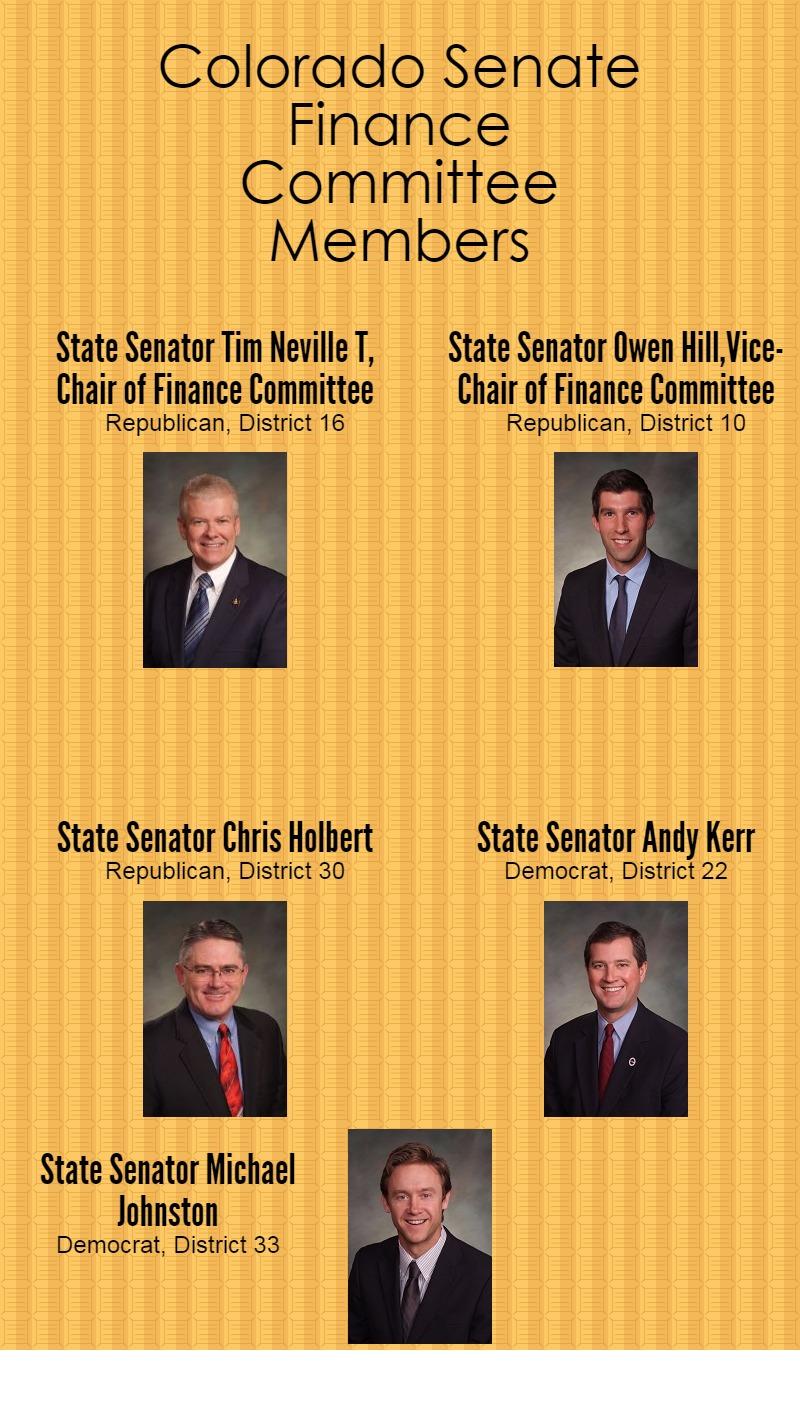 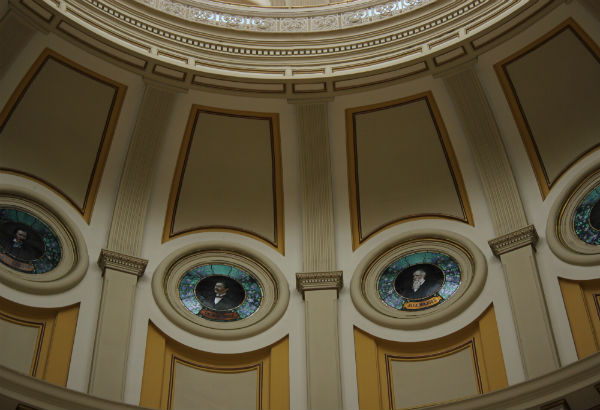 Portraits of important individuals in Colorado history. They are placed on the rotunda, the dome of the Colorado capital building.
Photo Credit: Migi Contreras 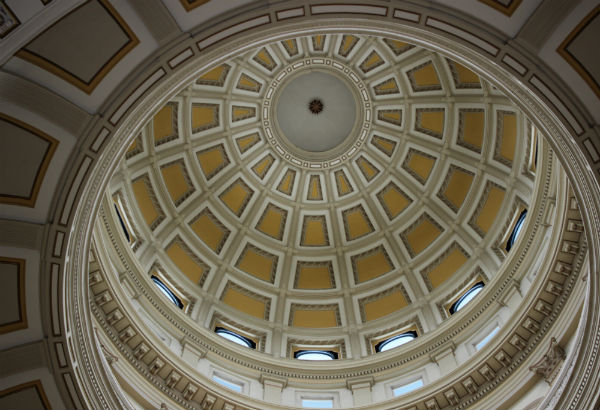 The view looking up of the rotunda. The dome of the capital building.
Photo Credit: Migi Contreras 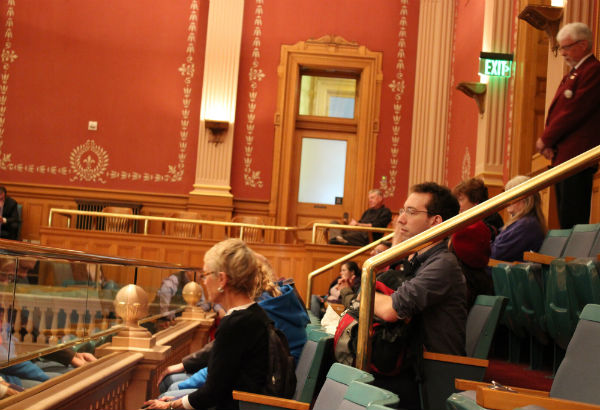 Guests from a tour, as well as a senate sergeant-at-arms, witness the senate in session. Public viewing of sessions are open to the public.
Photo Credit: Migi Contreras 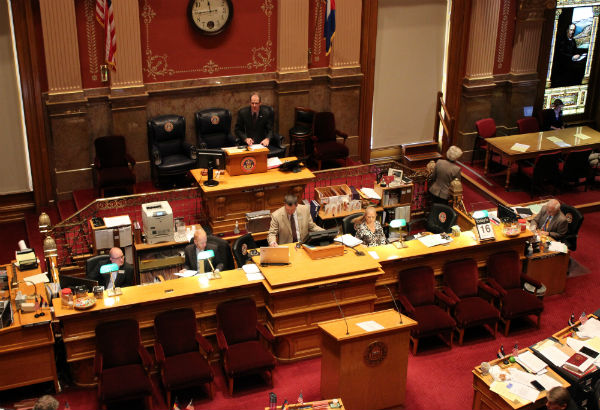 Colorado state senators discuss bills on the floor to be voted on.
Photo Credit: Migi Contreras 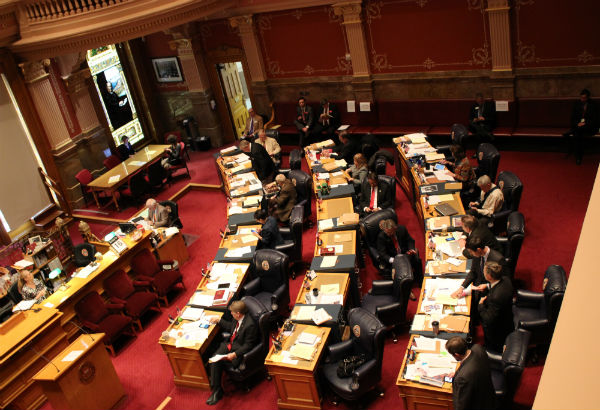 The right half of the Colorado state senate meeting during session.
Photo Credit: Migi Contreras 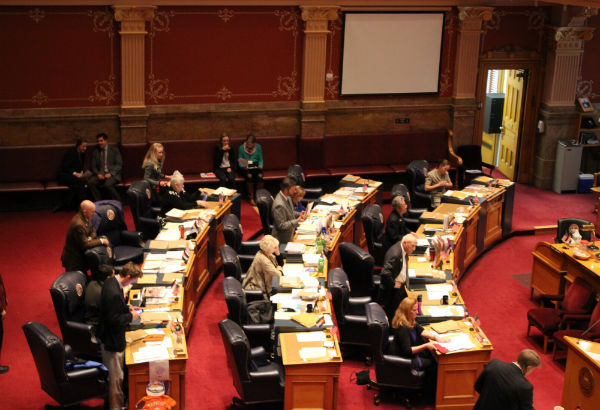 The left half of the Colorado state senate meeting during session.
Photo Credit: Migi Contreras 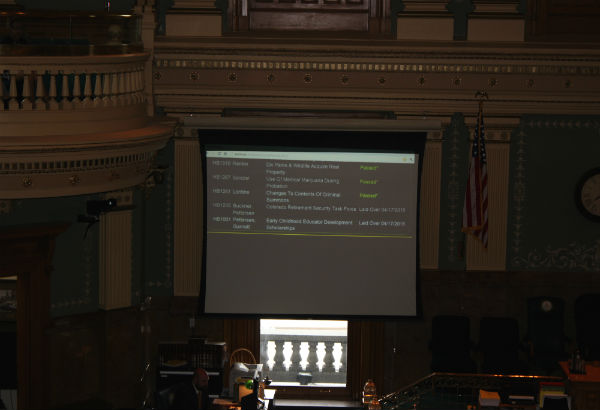 Bills being voted on in the Colorado House of Representatives.
Photo Credit: Migi Contreras 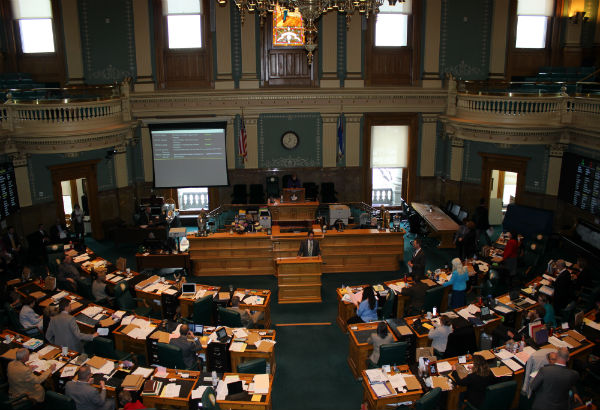 The Colorado House of Representatives in the capitol building in Denver, Colorado.
Photo Credit: Migi Contreras 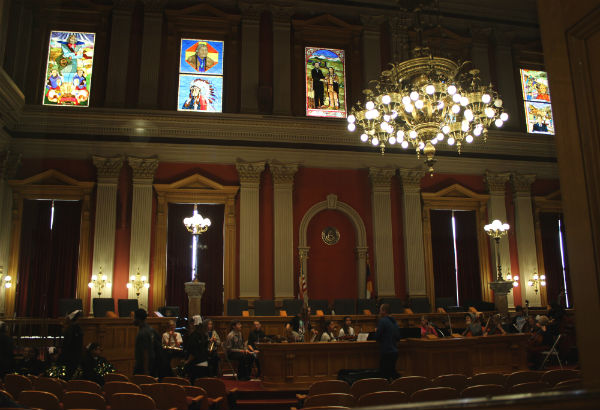 Inside the Colorado capital building in Denver, the old supreme court room. It is now used as a meeting room
Photo Credit: Migi Contreras

Brandon Hatch and Tyler Antonio contributed to the completion of this article. This story was created as part of the “Team Storytelling” workshop at NSPA/JEA Denver and should be read as a practice piece for online packaging.

Denver’s symbol of law and order was erected in 1908 by a pair of architects, Elijah Myers and Frank Edbrooke. The two built it in response to the city’s need for legislative control, introducing systems of law that would oversee it. The building greets over 250,000 visitors annually, with 60,000 touring the statehouse alone.

Structurally, the building’s ever-expanding vistas are modeled after archaic works of architecture, including columns, tapestries, brass detailing and a rotunda.

The building functions as a legal factory, of sorts, ratifying and nullifying laws as their effect is determined.

“This is where laws are created, formulated, and amended. They apply to all in the state, whether they are business owners, public workers, or other citizens,” Government Affairs Consultant Kelly Sloan said.

The Finance Committee’s is one of the committees of the state senate. They discuss finances on a wide range. For example, in one meeting they discussed healthcare insurance.

As the General Assembly’s budget review agency, the Joint Budget Committee distributes funds to other branches of the government.

“It has three members from the house of representatives and three members from the senate. We started our budget committee work after the November election,” State Senator Kent D. Lambert, Chairman of State Budget said. “The budget covers everything. Every department in the state gives a request on the first of November. that’s actually managed through the governor’s staff. Everything from the Department of Correction to the Department of Education. Everything goes through our committee. Colorado is a little unusual because it doesn’t have a governor’s budget. We only have a legislative budget, so it’s really our budget.”

[vision_pullquote style=”1″ align=”center”] This is where laws are created, formulated, and amended. They apply to all in the state, whether they are business owners, public workers, or other citizens [/vision_pullquote]

The capitol building holds a continuum of revision and verification, as communicated by State Representative Angela Williams.

“There are a lot of prominent things happening right now. We have a group of bills that I’ve been heading. We’ve been rebuilding trust between policemen and the community, coming out of the house of representatives with bipartisan support; now they’re headed over to the senate, so we’re happy to make a difference in our community,” Williams said.