While visiting Disneyland, sophomore Isabella Simpson smiles for a photo with Minnie Mouse. “My grandmother, mom and aunt always used to go to the parks a lot when I was born and there was always a Disney movie on,” Simpson said. "As cliche as it sounds, working at Disneyland does sound really interesting, even if it’s a tiring job." Photo Credit: Isabella Simpson

As she steps foot onto the Disneyland property, sophomore Isabella Simpson looks around at all the brightly colored flowers arranged into a hidden mickey. She smiles with joy as the smell of freshly baked churros fills the air. She hears a mixture of laughter and screams as Princess Tiana makes an appearance. These are just a few of the experiences Simpson never gets tired of when she enters the gates of the happiest place on earth.

Living in a Disney-obsessed family, Simpson grew up watching animated movies and visiting the parks annually. She visits the park multiple times a year.

“The earliest memory I have is going to the movies and seeing The Princess and The Frog,” Simpson said. “I’ve grown up on Disney so I have an emotional attachment to it and I can’t wait to see the 10th anniversary next month.”

Although Simpson has only visited Disneyland and Disney California Adenture in Anaheim, she plans to visit more parks in the future. Her top three on her bucket list are Disney Paris, Walt Disney World in Florida and Tokyo DisneySea.

“Going to all the parks isn’t cheap so I hope to visit for a special occasion or by myself,” Simpson said. “My goal is to visit one of them in the next 10 years. All of the parks have something special about them whether it be the attractions, merchandise or the general experience.”

Simpson collects many Disney tchotchkes, including pins which she’s been gathering since 2016. Disney pins are sold in many parks across the globe and are viewed as valuable to Disney fans.

“Anyone can tell you that I don’t go a day without something Disney,” Simpson said. “I own a lot of Disney merchandising. I’m not really afraid to incorporate Disney in my fashion choices. Most of my clothing comes from Hot Topic, Boxlunch and occasionally—the parks. I love to include my ears and pins into my outfits. I have over 25 pins.” 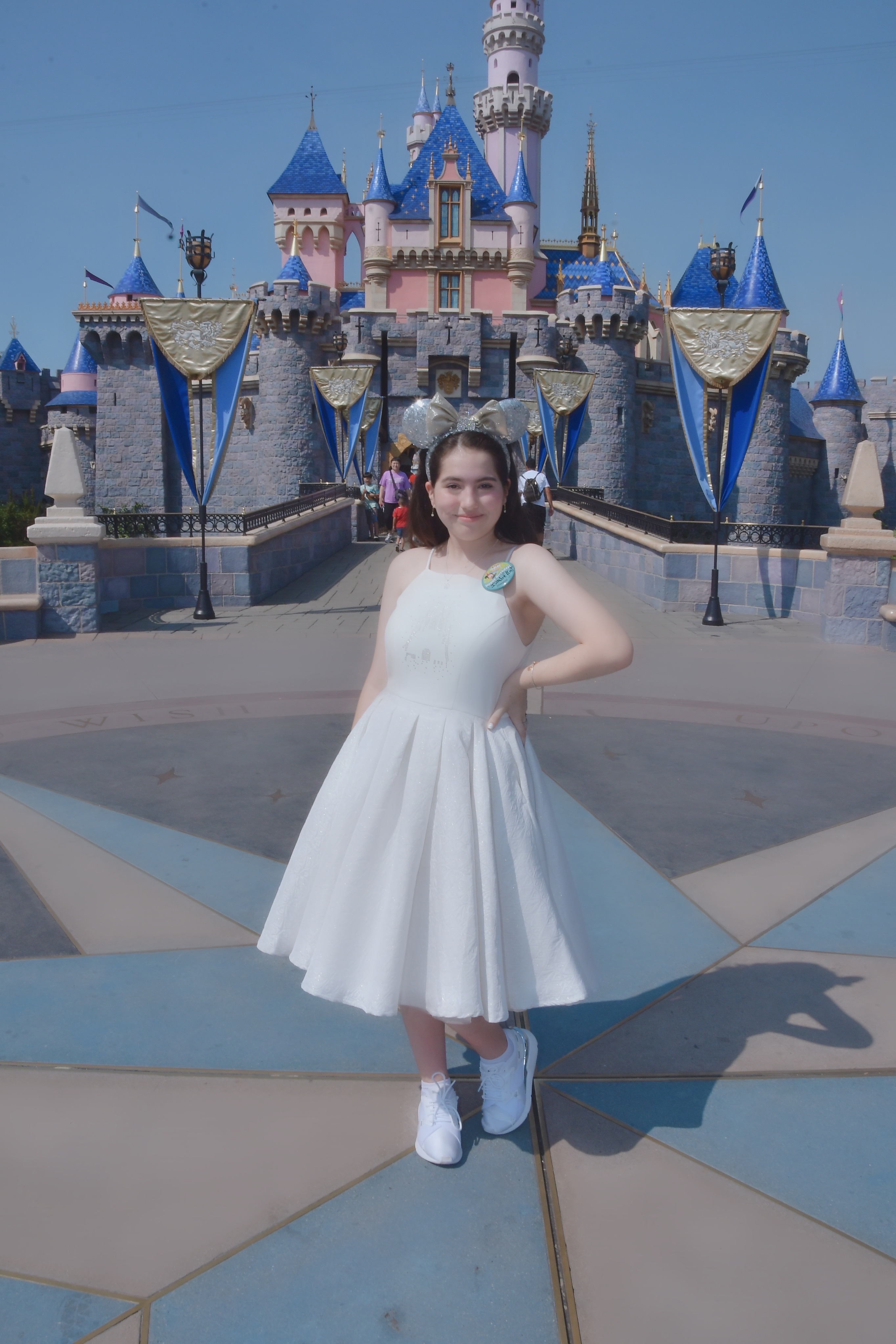 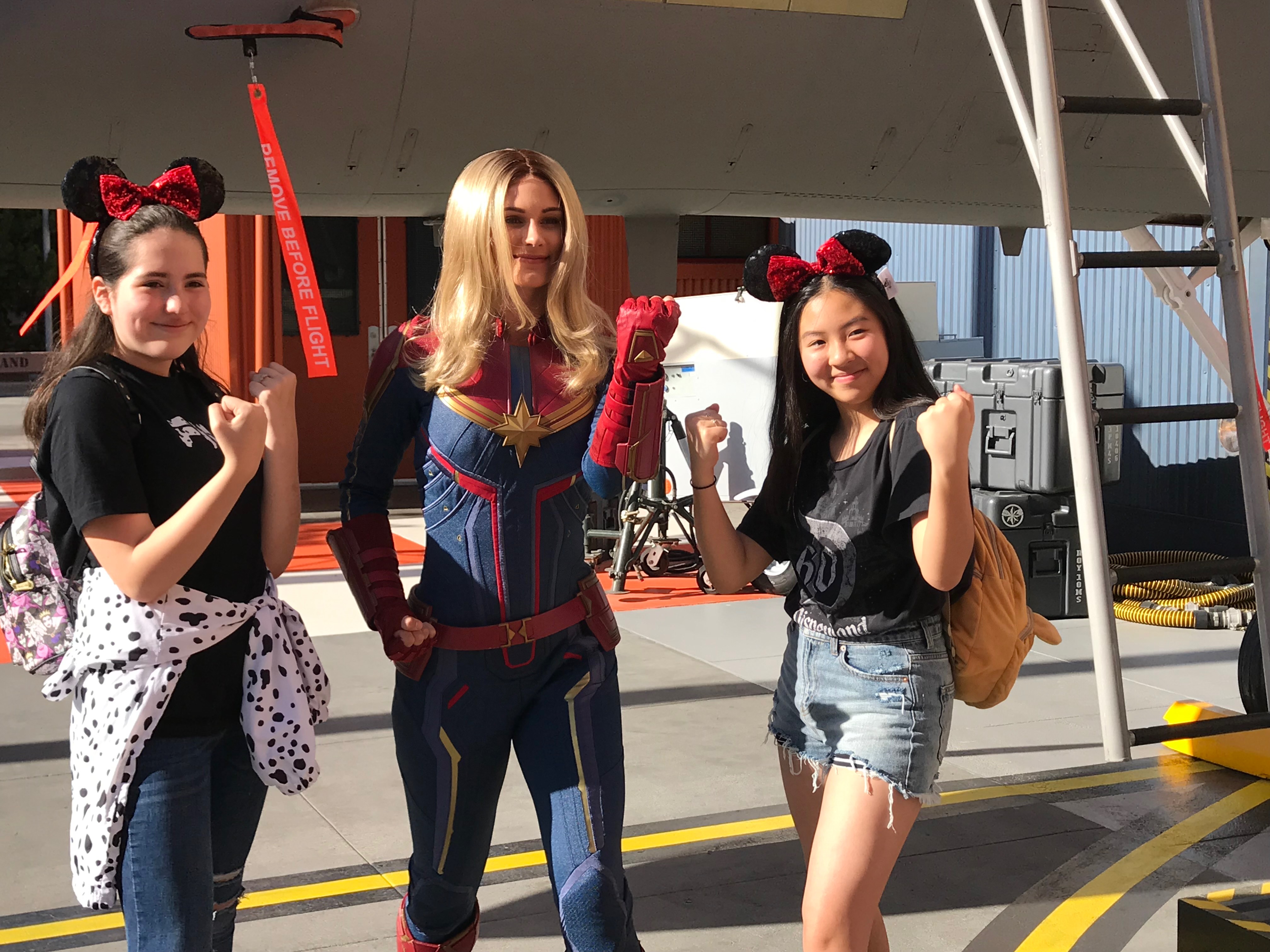 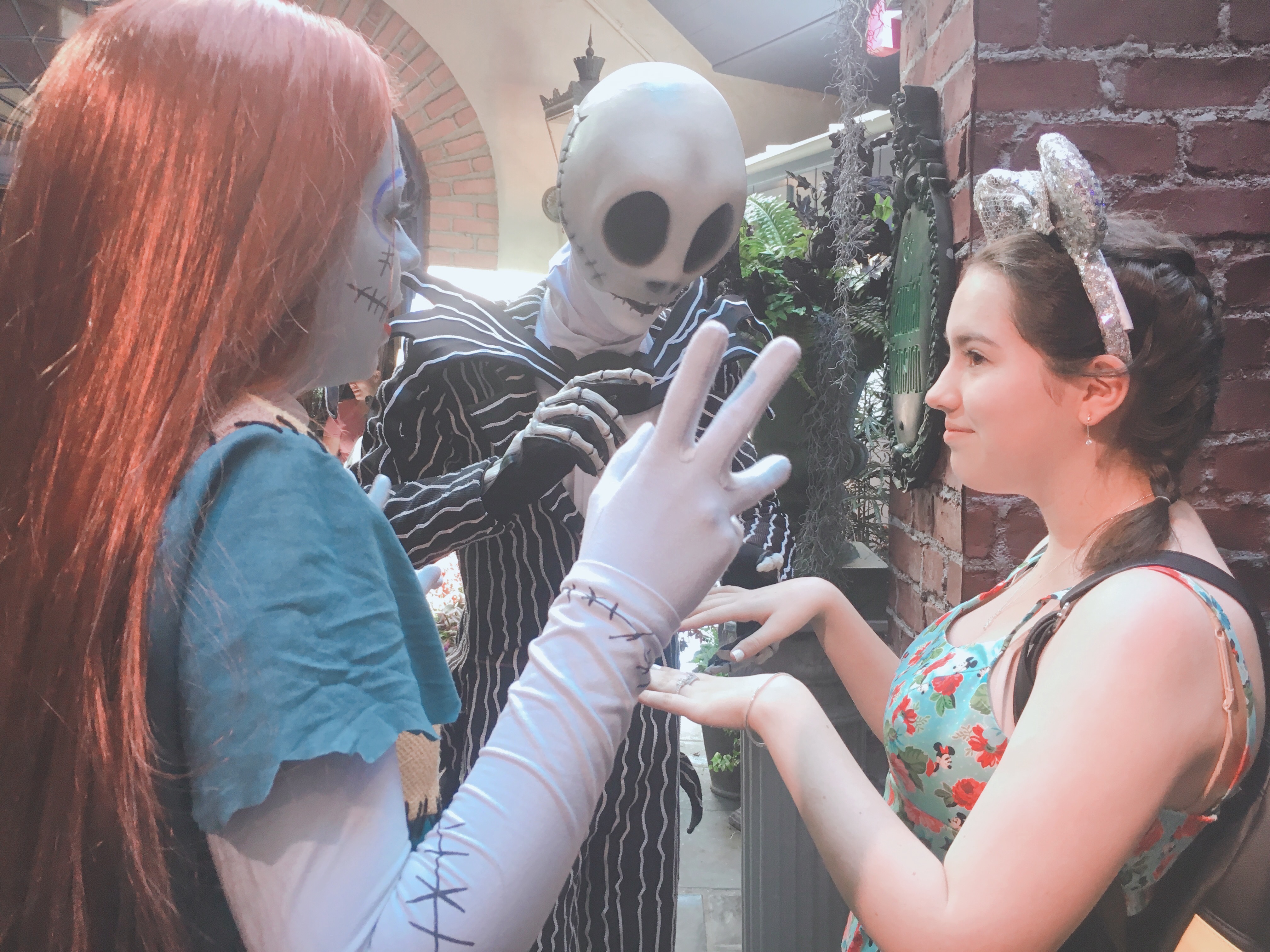 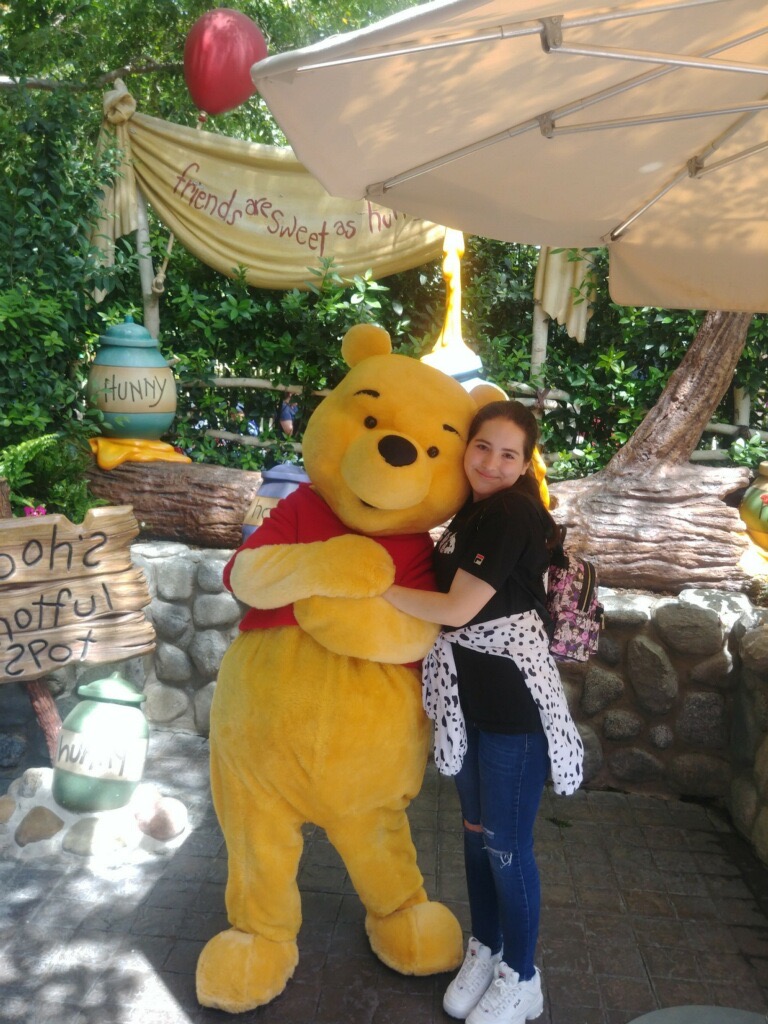 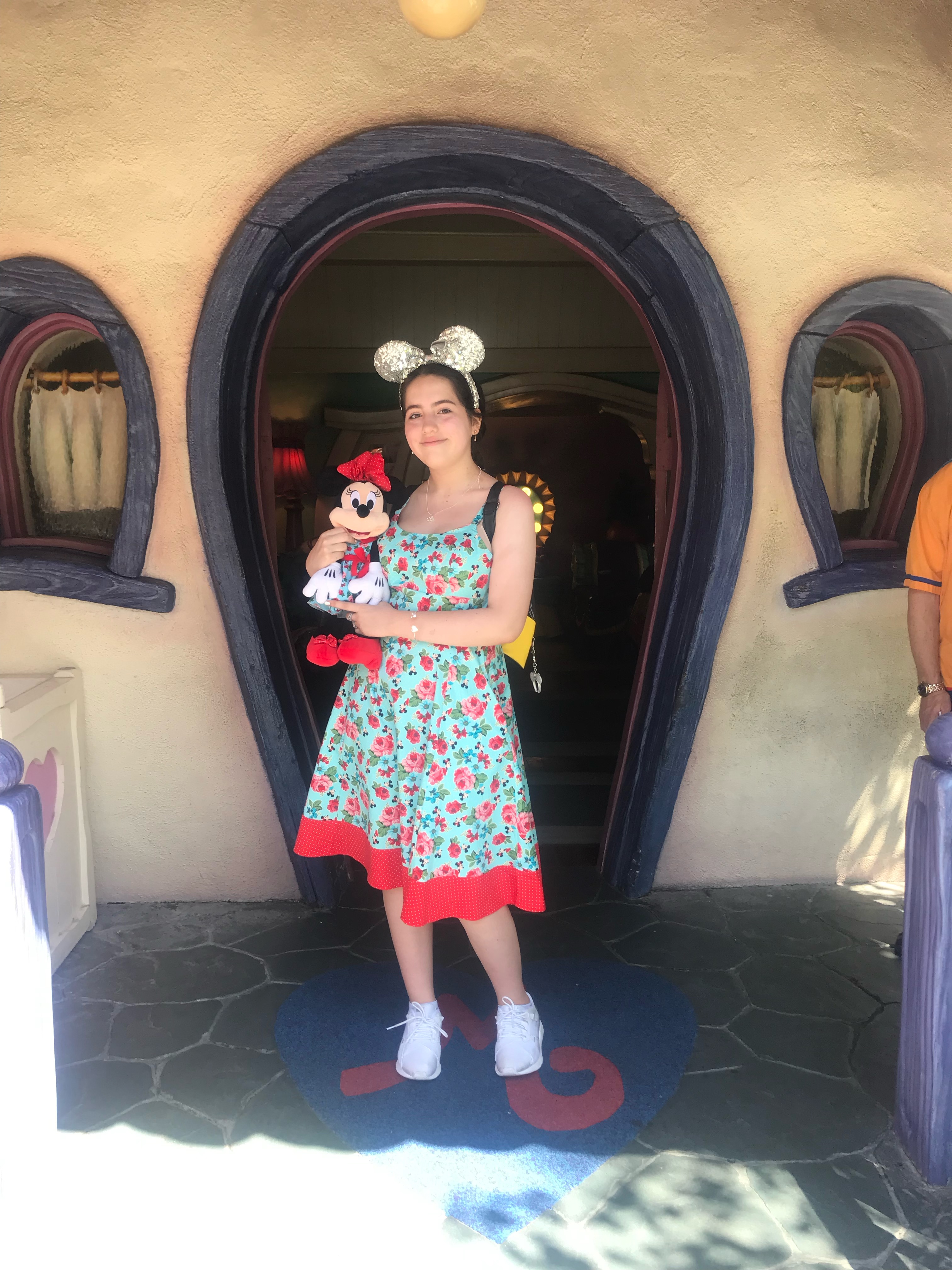 Simpson wanted to make her quinceañera totally different, so instead of a traditional ceremony, Simpson spent three days at the park in celebration.

“This way it would be way cheaper and it would be more memorable for me because Disney has a special place in my heart,” Simpson said. “Traditional quinces are actually a lot more work in terms of dance and venue scouting so Disney would be more enjoyable for everyone.”

“My family surprised me with a breakfast at Napa Rose which is in Disney’s Grand Calfornian Hotel which is one of the most prestigious hotels on property,” Simposon said. “It’s a huge deal for Disney fans. It was the best birthday I’ve ever had.”

In the future, Simpson hopes to join Disney’s college program in hopes to gain new employment skills and possible work at one of the parks. She plans to continue her tradition of trips to future family and friends.

“Not only has Disney made me become a happier person, but it’s really become my brand at school. My friends and family have heard me go on little Disney history tangents and facts about the films. Even if I never got to this point of collection and self-education Disney was always going to have a special place in my heart one way or another.”