How to: Reserve judgement There can be more to a person than appearances 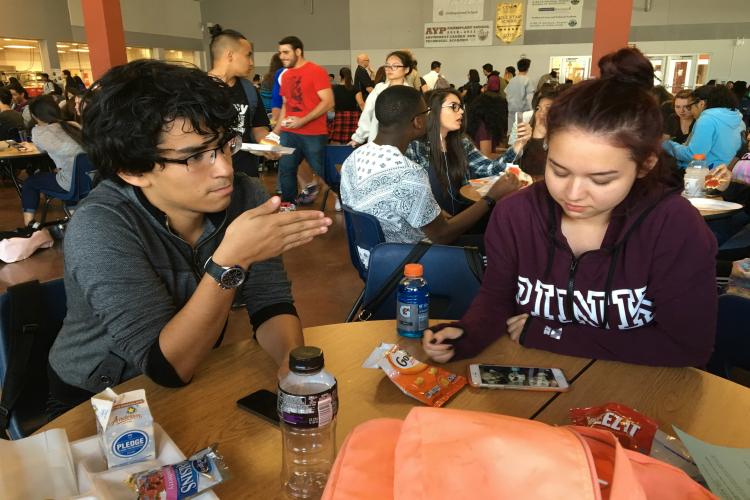 When looking at someone, you might judge them for their beliefs, actions or your expectations of them. Instead of judging someone before getting to know them, why not pay attention to other personal aspects that make up who a person is?

Actions speak louder than words: Sometimes you may not get much out of a person by having a short conversation with them. But, if you pay close attention to their character, you may notice how they tend to react in situations for the better or worse based on attitude and behavior.

“People lie a lot, but their actions are not as easily hidden to others,” junior Leah Sakaitani said. “For example, someone could be upset and say they’re happy, yet act depressed, so their actions would speak louder.”

Bite your tongue: If there is someone in your life you can’t always avoid, such as family, then it might be hard to hold your tongue. To prevent creating other issues with this person, refrain from saying rude comments out loud. Rather than focusing on the negatives, you could give them a compliment or focus on their good deeds.

“As a young teenager everyone has different mentalities, so if you’re not going to say anything nice about a person, then don’t even talk because you don’t know the position someone is in or if they’re telling you the full story,” sophomore Alexandra Rivera said.

Be Understanding: Instead of judging someone for what they did or how they look, try and understand the person. One way to do so is by getting to know them; perhaps they are a genuine person you never knew about. Spend more time and talk with them to get a better idea of their personality. You might learn interesting facts you never would have guessed about them. Once you begin to understand, or at least think you do, try accepting them for who they are.

“I believe in being understanding with a person first before you judge them, because you do not know what someone is going through unless you have been in their shoes,” junior Jennifer Nguyen said.

Mind Your Business: If you focus on yourself, then you may not have so much time on your hands to judge others. Self acceptance and respect is a part of this as well. When you focus on accepting and being yourself, you will be able to understand that people have the right to be their own person.

“I think it’s so important to not focus on others and whatever negative comments they say because honestly, who cares?” freshman Nina Preradovic said. “You should just focus on being you and let others do what they want.”

Being judgmental is an act most people can not avoid, but it does not mean you have to look down on others. With reserving judgement, people could practice turning negative comments into constructive criticism.